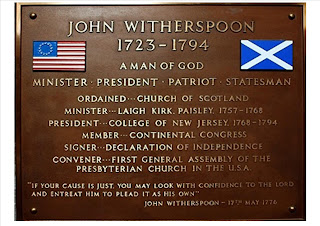 Developing and implementing a system of justified belief within an educational setting flows out of the ultimate mission of a school. Our philosophies and techniques in most classrooms are heavily influenced by the best practices of all kinds of schools and it is incumbent that Christian schools learn from those practices.

Schools move too quickly in my opinion from one trend to another. It is my personal observation that a school can be too out front in those trends but also can fall too far behind as well. We see it in football all the time, schemes do change. But the best programs evolve at a good pace and ask great questions. These programs also are really good at evaluating and tweaking as well.

When it comes to a sound epistemology we must keep important principles in mind.

A person can have belief without knowledge. But John Frame and others have made an interesting assertion that you really can't have knowledge without belief (see Chapter 4 of Frame's The Knowledge of the Doctrine of God for a good analysis of this).

It is also true that a student may not be able to articulate the warrant for belief, but that does not mean that the grounds do not exist.

What my ultimate goal is in this exercise is to see if we can better teach how to articulate the grounds. Teach students how to develop strategies for the justification of belief, and then help them navigate  through information with an ear for truth. The final step is to show them that this system works for believers and non-believers thus giving them confidence to compete in the marketplace of ideas.

We can't get too caught up in the vicious cycle of giving reasons for the reasons- if that happens, as Frame says, 'the process of justification would require infinite chains of reason justification" and that produces frustration or "a hopeless task".

This is NOT just for Bible classes. These strategies need to work through all academic disciplines and also all co-curricular activities as well.

This is NOT 'dumbing down' epistemology, though it may require a more strategic vocabulary and emphasis on concepts and not lofty academic equations that end up in dissertations without any real world application.

This comprehensive and coherent strategy must be developed as age appropriate and gives room for doubt, questions, and growth over time. We can't just wait until the senior year to throw out apologetic arguments and hope they stand up to the scrutiny of the elites who demand answers to questions that they really don't have an answer for as well.

The system also must stand firm in Biblical authority. The worst thing a student can do is abandon the standard or THEY become the standard.

The strategies don't have to be statements, I believe questions are more effective and protect us from being abused by the so called 'elites'.

If we do teach statements, they don't have to be complicated. In a strange way, Christians are cheaters. We already have answers, the world just doesn't like them.

Finally, we leave it to God to win. All we need to do is teach our students how to compete and how to persevere.

A young student of the Bible can be a torrid force for good. If he lives in consistent alliance with his beliefs (not perfection) then his life presents a 'coherent truth'. This is important because most of what is coming down to us from the ivory towers of college ideology fails in the practice of those platitudes. In reality, if you remove God from any ideology there really isn't a philosophy that can pass simple day to day human needs. And also there isn't a solid ground for logical analysis.

I think the mistake we have made is to present a theology devoid of the gospel. Too often we want to sanitize a brand of Christianity that robs the gospel of it's true glory. We wring our hands when a Christian falls thinking it has hurt the name of Christ when actually it confirms the need for Christ!

I spent too many years teaching apologetics as a debate with atheists. That is a error from the beginning. The Bible points out time and time again that persuasion is impossible without the Word and Spirit of God. I am not proposing that we teach students to win arguments, I want them to find the adventure of winning people!

So here is a comprehensive plan that is inspired by my studies of Princeton Seminary from its early beginnings to the early 20th century.

Some of the motivation:

Our aim in this task is to promote the interests of the Redeemer’s kingdom; and to raise up qualified and caring ministers for every aspect of life. We desire to raise up godly men and women who will be useful in all learned professions. We want to produce ornaments of the State and Church. We want an environment where God’s Holy Spirit produces consecrated Christian students with an integrated and thoroughly Biblical world view. Our faith is the grand concern to us all- whatever our calling or profession.

We need to constantly challenge ourselves to subtle but significant change!

We need to always evaluate ideas and ask God to give us the freedom to be what we say we are endeavoring to be and to train our students to discern. We need assessment and execution to create an expectation for our students to live by the values we hold dearly as disciples of Jesus Christ.
God’s Holy Spirit is crucial to growth.

Hallmarks of this approach:

The teachers and staff are full of faith and the Holy Spirit.

The students are friendly and serious about embracing the mission

One of the traits here that everyone possesses is 'particular politeness'

We are not all alike, but we speak the same thing, and there are no visible divisions among us. Our unity is a product of our closeness and our common spiritual faith.

We will teach theology as we find it in the Bible and it will honor the faith and findings of Augustine, Calvin, and the Westminster Standards. We not only teach it, we live it. We will make mistakes, but we seek to stand squarely in the great stream of historic Christianity and orthodox Calvinism.

“ A rule is prescribed to all God’s servants that they not bring their own inventions, but simply deliver, as from hand to hand, what they have received from God.” John Calvin


A place for spiritual pilgrimage where revival is prayed and prepared for:

1- Study, Preaching and Commitment to Practice the Bible

4- Prayer and witness of students themselves, resulting in conversions

“It was said in our time that no class in Princeton ever passed through its four years without experiencing a religious revival. Our class formed no exception. Our revival came near the end of our Junior year. Almost all students remarked at some time of the “means of grace’ – ‘seminary of learning’ and ‘school of life’.” BB Warfield- student 1868-1871


The Supremacy of God’s WORD

“I admonish you again and again, that you read the sacred Scriptures in a far different manner from which you read any other book: that you approach them with the highest reverence and the most intense application of your mind; not as the words of a man, nor an angel, but as the words of the Divine majesty, the least of which should have more weight with us, than the writings of the wisest and most learned men in the world.” Von Molsdorf


The Bible students should be possessed of sincere and ardent piety. They should be students “taught of God”, “conscious of their own insufficiency, but confident of the help of the Almighty. Those that seek to understand the Scriptures therefore ought not to lean on their own understanding, but by continual and earnest prayer should look unto the Father of Lights from Whom proceeds every good and every perfect gift; who has promised to give wisdom to those who lack it, and ask for it.” Dr. Archibald Alexander, Princeton 1812

A challenge to prepare for mission, not career prep.

”A job is not a mission. I have been put on this earth by God for something special. Something beyond what I can dare dream or imagine.”

The Bible Department must be the Fountainhead of the school
Encourage and explore a better relationship of scientific theory and faith
Always include leadership training and public speaking
Adopt a class for forensics training
Inspire “Culture Changers” where students are prepared to lead and win in marketplace with sound, systematic theology

“What is proclaimed here will be the old truth which has been from the beginning; which was shown in the shadow of the Old Testament; which was fully exhibited in the New Testament as in a glass; which has been retained by the one true and universal church in the darkest ages; which was long buried, but rose again in the reformation; which was maintained by the grand old theologians of Germany, Switzerland, England, and Scotland; and is being defended with great logical power in this academy.”
Dr. James McCosh, Princeton, 1868.

A comprehensive and coherent epistemology will help a school prepare students to embrace and defend the faith like Princeton college and seminary accomplished in its golden age of effectiveness.

Questions help us compete in the marketplace of ideas:

Can anyone live consistently, logically, and practically with this worldview?

Does it inspire service and help to humanity?

Does it allow for forgiveness and reconciliation?

Does it have comfort for those who have died or facing death?

How does it explain the dichotomy of humans who act in ways that both hurt and help?

Does it have roots in space, time, and history?

Does it extol pride and power or humility and service?

Does it protect the weak or destroy them?

Does it promote care and protection of children and the elderly?

Does it rely on our own capacity or something bigger than ourselves?