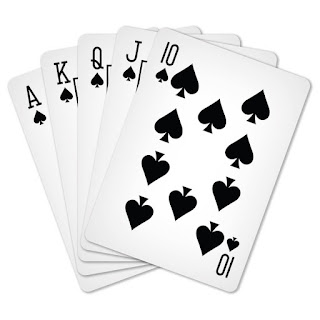 Even though a first step in a system of justifying belief is acknowledgment of God. It can never really flow without creating earnest  and heavy depth of that step by a submission to the Lordship of that God in your life. And submission means obedience when obedience isn't fun, free, or easy. And a test of that Lordship is the brokenness experienced in the context of disobedience.

John Frame, whose influence can be noticed in almost all of my apologetics writings developed the Lordship motif in a typical Frame triad of control, authority, and personal presence.

And it is the personal presence that creates distinctively Christian epistemology.

He always says it much better than I can:

"The non-Christian can accept an absolute only if the absolute is impersonal and therefore makes no demands and has no power to bless or curse".

So when I am beginning to develop a system of justified belief, I find it to be much more poignant when thought of as less of a 'system' and more of a relationship.

In the long run, I am justifying belief in a Person more than dogmatic principles.

Most men feel a sense of failure when they fall short of goals or core values. The Christian experiences it more in the let down of a Person they care about. A personal absolute is much more persuasive and heart felt.

Though post-modernity has long swept past as the 'favorite flavor of the month' philosophy- we still play in the foul dust of its deconstructionism. But we forget that the ease at which post-modern philosophers swung sledgehammers at the canopy of tradition was due primarily from their detachment from a personal God of accountability. Once you lose your mooring, drift isn't easy... it is inevitable!

Relationship. In Biblical terms it is even a 'covenantal relationship' which is played out in bonds and oaths all across human custom. Sadly, marriage should still be our best on-ramp to understanding sacrificial bonds, but even that has drifted into mere irrelevance in non-religious circles.

And a key to any relationship is 'language'. Dare I even say 'love language'?

Our Creator instilled a lot of 'L' words that are hard to explain as a part of natural development absent from a personal Creator. Each word connects us to the comprehensive coherence that forms the basis of existence as we know it.... want some examples?

Take a personal God out of the equation... is it easy to explain?:

LAW- fixed principles of how things 'ought' to be?

LOGIC- fixed standards by which we compare and contrast within higher order questions and complexities?

LANGUAGE- I even think multiple languages- they all point to common realities...both concrete and abstract

Without a change of heart...we

Sadly, we were on a level playing field for some time where at least there was an honest debate.

At some point we were contending in the field of rationalism, but unfortunately mysticism and irrationalism has removed that arena of competition.

So- here is where we are so far:

A God big enough to be beyond the creature- in majesty and mystery.

But also close enough for an intimate and involved relationship where the creature makes the Creator Lord over his life.

We can't rebel against those ideals and truthfully justify our beliefs.

When Thomas Paine rejected God and wrote "my own mind is my own church" he lost important ground to justify that belief. The God he rejected wasn't the God that Bible believing Christians believe in.

When I say a 'system to justify belief'... this isn't for the Christian only. It isn't a one sided problem.

All men need to justify belief, play the cards as they see them, and see where the trump cards stand.

And those cards need to hold up as the last enemy creeps in.

A problem we all deal with!