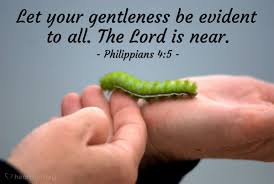 This post comes with a warning. But also an understanding that we are nowhere close to a 'warrant' for justification of belief. Everything to this point is still preamble and foundational.

If what the Bible says is true, then we have to pause and reflect about the main problem at hand. The Biblical account of man is NOT a good report. And this reality complicates our thinking, our actions, our motivations, our conversations, and even our listening.

If we are not careful, we begin to think about the enemy outside the gates, but pay no attention to the enemy residing in our own hearts!

"Objectivism" continues to be a danger in orthodox Christian circles. It is all too easy for us to imagine that we have a higher task than merely that of helping people. Our pride constantly opposes the servant model."

And as Frame fleshes this out, it is clear that he is most burdened to make sure we keep a high view of Scriptural authority but we also need to make our proclamations and educational pursuits to be evaluated in whether we are helping or hurting people in the long run. We can't be so right that we are dead right. Scripture is spot on in this pursuit... it is our theological bents and rants that lose the balance.

I found this out the hard way as a Bible teacher in Nashville for 7 years. I was so concerned about fencing the standards that I often won a lot of debates, but lost students along the way. I forgot that spiritual enlightenment is a process that the Lord accomplishes through His Spirit. It is unrealistic to expect the level of sanctification in a 16 year old that can only be attained as a 40 year old.

Don't get me wrong.... I'm trying to get there. But it is similar to coaching Qb's. I don't expect an 8th grade QB to run an offense in the same way I expect a seasoned senior to run it. God allows time for theory to sprout roots and finally fruit. If God is patient... then why aren't we?

"Reasoning , even with unbelievers, must be obedient and godly." I have taken that to heart... 'obedience' is my obedience and 'godly' means that I express kindness, gentleness, patience, and perseverance in my interaction with others.

Let's use an example the most basic theme verse of apologetics. I'm going to wrap it in with the entire thought to keep some important points of context as we consider this point:

Now who is there to harm you if you are zealous for what is good? [14] But even if you should suffer for righteousness’ sake, you will be blessed. Have no fear of them, nor be troubled, [15] but in your hearts honor Christ the Lord as holy, always being prepared to make a defense to anyone who asks you for a reason for the hope that is in you; yet do it with gentleness and respect, [16] having a good conscience, so that, when you are slandered, those who revile your good behavior in Christ may be put to shame. [17] For it is better to suffer for doing good, if that should be God’s will, than for doing evil. (1 Peter 3:13–17 ESV)

And we quote this all the time- "do it with gentleness and respect". And do you know what brings tears to my eyes when I think about the context? This is a passage about suffering... and I mean REAL PERSECUTION. The original recipients of this letter were being stripped of everything they owned or loved. They were subject to disdain and violence. Peter is exhorting the readers through God's Spirit to have such a disposition of peace and love that people will have to ask, "Why do you still have hope!?" And the persecuted ones are to give a defense with gentleness and respect... while on the way to their imprisonment and death! And we get upset by a snarky post on twitter!

Let me close this out... what am I saying and why is this important.

When it comes to competing and building the Kingdom of God in this "Domain of Darkness", we CAN"T divorce the message from the messenger.

I know a lot of people within the context of the so-called "Apologetics Circuits" and unfortunately I get too many comments about how a person may be a great debater, brilliant, tough, etc... but oh, by the way, he is also a real jerk.

We all know Christian jerks and sadly,  we all play the role of Christian jerks on too many occasions  (and we also wonder out loud about how we are going to get along in heaven one day).

But before we start getting into the meat and potatoes of this strain towards  epistemology, let's keep reminding one another... if we do this without love then we are just a rude noise. Let's read I Corinthians 13 together before we start designing powerpoint slides.

If our system of Justifying Belief doesn't have empathy for others, it will NOT resonate with this current generation of young minds and hearts. Students today are HIGHLY empathetic to others, which is a GOOD thing.

Where we can help them is to show how proper disciple is true love. Proper warning is helping others. Good news is good in light of bad news.

But it isn't wise to think we can rally our future theologians, physicians, ministers, counselors, and parents by playing 'whack a mole'.... we aren't going to beat sense into them, and we aren't going to mortify the flesh enough to wash away sin.

12 Let not sin therefore reign in your mortal body, to make you obey its passions. 13 Do not present your members to sin as instruments for unrighteousness, but present yourselves to God as those who have been brought from death to life, and your members to God as instruments for righteousness. 14 For sin will have no dominion over you, since you are not under law but under grace. 15 What then? Are we to sin because we are not under law but under grace? By no means! 16 Do you not know that if you present yourselves to anyone as obedient slaves, you are slaves of the one whom you obey, either of sin, which leads to death, or of obedience, which leads to righteousness? 17 But thanks be to God, that you who were once slaves of sin have become obedient from the heart to the standard of teaching to which you were committed, 18 and, having been set free from sin, have become slaves of righteousness. 19 I am speaking in human terms, because of your natural limitations. For just as you once presented your members as slaves to impurity and to lawlessness leading to more lawlessness, so now present your members as slaves to righteousness leading to sanctification. 20 For when you were slaves of sin, you were free in regard to righteousness. 21 But what fruit were you getting at that time from the things of which you are now ashamed? For the end of those things is death. 22 But now that you have been set free from sin and have become slaves of God, the fruit you get leads to sanctification and its end, eternal life. 23 For the wages of sin is death, but the free gift of God is eternal life in Christ Jesus our Lord.

Individuals have gone through some real agony throughout the history of the church to rid themselves of sin, the sting of condemnation, and the fruit of consequences that result from a life apart from God.

Some of us are familiar with the practice of mortification: The old belief that if a person mortified (destroyed) the flesh they could save the soul. This doctrine came out of a mis-application of texts like “cut off the hand”- “gouge out the eye”- or “you haven’t resisted to the point of shedding blood”.

Monastic Orders were set up to arrest sin by severe lifestyle changes and extraordinary vows of pain and discomfort. The problem is this… it doesn’t work. A man can take vows of silence and chastity and still find evil lurking in the depths of the human heart. John Calvin comments on this practice of mortification:

There are some good and holy men who when they saw constant overindulgence wanted to curb and correct it, but thought there was no other way than to allow men only the bare necessities. This is godly advice but unnecessarily severe, because it binds our consciences in closer fetters than they are bound by God’s Word. Necessity, according to them, meant abstinence from anything desirable, so that bread and water was the rule.

We now come back to Paul’s glorious comment on gospel truth and application.

He first gives the imperative ’Do not let sin reign’- this indicates an active participation by the believer in the process. This is the battle of the believer. When we are slaves to sin, we think we are free, but we are dead. We run away from becoming a ‘slave to God’- but ironically, this is where true life and liberty is found.

So how do we find success in this battle against sin? It is not in mutilation… it is found in re-dedication.

Our society simply says to ‘Say NO- and ‘Education is the key”- but the Bible recognizes the emptiness of this message. We don’t simply say ‘NO”- we learn to say “YES’ to Christ and we need His Spirit to win.

Are you struggling with pornography? Don’t destroy your computer… re-dedicate it. Use the time to honor God. Set up accountability, of course. But use the time to seek out positive info.

Are you weighed down with an unhealthy addiction? Don’t destroy your body.. instead push your addictive nature into the things of God. Ask yourself the obvious question in verse 21- What benefit does sin ultimately give you?

We, of course, need to address another foolish fix the world suggests- REMOVE GUILT.

Some liberal sociologists and others suggest we remove the standard. They say, “We need to stop saying these things are wrong, just get rid of the guilt” Just remove the shame. Come on now! Please!.. No matter the semantics, we know how we feel when we let someone down or fail in our own pursuits. Verse 19- When you offer the parts of your body in slavery to impurity you are lead into ever increasing wickedness (this is the ‘handing over’ in Romans Ch.1).

So what do we do? Everyday offer yourself to Christ. Get up and say, ”Lord, take me today. Read His Word. Walk around your house and give Him everything. “Take this Lord and use it for Your glory.” Give Him your heart, your dreams, your pain- let Him be the boss for a change. In the middle of the day, stop and pray. “Lord, show me how to give it all to You”. Share this with someone you trust. Ask them to help you in your desire to live for Him. At the end of the day- review. You will see how you messed up. Pray “Lord, forgive me, I need You to take me, help me be dedicated to You”. Preach the gospel to yourself’ I am saved by grace” Read, watch, and pray. Begin again tomorrow. Be patient. This change happens in fits and spurts- 1 step forward- 2 steps back- 3 steps forward- 1 step back.

Spiritual change takes place in decades.. not days. After a while, I promise, you will begin to see a change… from the inside out. Sanctification begins with a new dedication- it is a new direction. I am confident in this “He who began a good work in you will bring it to completeness in Christ Jesus”.

Until we make this effort... our words will ring hollow.