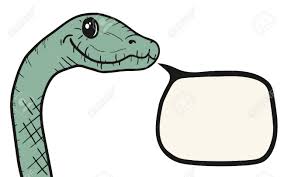 This is the last of my original posting on Readings/Observations in Genesis right before Covid hit in 2020.After this, there will be new content as I have finished reviewing old notes and I am now into new readings and content. It is a fascinating book!

Not just Genesis... Here is how Bill Maher ridicules the entire gospel:
'What if there was a religion which an all-powerful god from outer space decided to send his unborn son on a suicide mission to planet Earth? So this space-god impregnates a human female in some mystical, not-quite-physical fashion, and she gives birth to a baby who is both a human being and a divine incarnation, simultaneously the space god's spawn and the space god himself. (Oh, space god also has a third manifestation, one that's totally invisible.) So space-god junior is born on Earth destined to be killed, even though he's a space god and therefore immortal. " Bill Maher at the Vatican City in his documentary, "Religulous"
That is a 'throw down the gauntlet challenge'.... right?
The title of this particular post is straight from the mesmerizing notes and beat of the famous Doobie Brothers song, What A fool Believes..... it is playing in the back of my brain right now
He came from somewhere back in her long ago.....

Tryin' hard to recreate, What had yet to be created....
She musters a smile for his nostalgic tale, Never coming near what he wanted to say
Only to realize it never really was....

No wise man has the power.... to reason away
What seems...... to be
Is always better than nothing, Than nothing at all
Am I a fool for believing?.... Do I stand in front of all educated elites and hear the echo of bombastic laughter and finger pointing shame?
Not at all..... what I believe is the very essence of faith, but it is not incredulous.
And the attack from both sides of the spectrum show up when you write about Genesis.
I have been very encouraged and persuaded regarding Genesis in the last few years by C. John "Jack" Collins, a professor of Old Testament and Covenant Theological Seminary in St. Louis, Missouri. Dr. Collins has an excellent background for tackling Genesis... he has a love for science (former MIT engineer), a love of language, a love for literature, and a love for the Lord and His scriptures.
Dr. Collins has written several books and can be found on you tube lectures. I have enjoyed his view of 'periscopes' in Genesis, theories regarding analogical days, and excellent analysis regarding authorship, Hebrew consistencies, plain reading analysis, and commentary about original reader understanding and intent. He does so while keeping a high view of a God inspired Bible and a robust, traditional gospel.
But leave it to the Creation Institute writers to call Dr. Collins book, Science and Faith as 'Sloppy, lazy, and dishonest'..... wow, with friends like that, who cares what our enemies think!
I also have recently become interested in Jewish Rabbis views on Genesis. Their perspective helps me, especially in light of the Hebrew language and culture.

The Bible actually takes sides here:
Psalm 14:1 "The fool says in his heart, “There is no God.” (ESV)
What has helped me most in reading Genesis as an older person of faith, is that I see Genesis as a beautiful explanation from the Creator Who, in His mercy, teaches us in an accommodating way.
It is how we teach children. A 3 year old will not find any common ground when it comes to physics and algebra. It takes time and it is loving for us to be patient and build the foundations for that future expedition.
God seems to also be fond of the path of discovery.  I experience that joy as well. Every time I read Genesis, I am always surprised about NEW discoveries and thoughts.
But the new things never cancel out the reality that I see clearly the heart, mind, and nature of a God that I otherwise could not even remotely comprehend on my own.
Questions do not cancel out my belief, in fact God invites them. As we encounter so called 'problems' in these accounts it actually opens us up to the reality that there is infinitely more here than meets the eye.
I don't think a fool believes..... I worry more about the fool who doesn't believe.
And it is a tragedy for those who think that the end of earthly life is just an end.... please don't do that. Lewis told us well: Hell is a prison that is actually locked from the inside!
So what do I believe?
I believe in God, the Father almighty,
creator of heaven and earth.
I believe in Jesus Christ, his only Son, our Lord,
who was conceived by the Holy Spirit
and born of the virgin Mary.
He suffered under Pontius Pilate,
was crucified, died, and was buried;
he descended to hell.
The third day he rose again from the dead.
He ascended to heaven
and is seated at the right hand of God the Father almighty.
From there he will come to judge the living and the dead.
I believe in the Holy Spirit,
the holy catholic church,
the communion of saints,
the forgiveness of sins,
the resurrection of the body,
and the life everlasting. Amen.