Patterns, Problems and Promises in Genesis 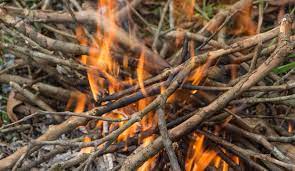 This series on Genesis is going to be a little different because I am making some observations detached from specific passages. If you are wanting to stay with my line of thinking, it would be good to spend a few days reading and re-reading sections and ask the Lord to let you see things fresh and new. So far I am in Chapter 23 in 2023 (that was unexpected but cool).You search the Scriptures because you think that in them you have eternal life; and it is they that bear witness about me, (John 5:39 ESV)
I have explored this idea before, but I wanted to re-emphasize that Genesis gives us great insight to the cultural patterns of the ancient middle east and how God parallels the patterns for the sake of ultimately showing how different He is.
He lines up common shared human experience, including our expectations and desires, and then, in startling fashion, cuts contrary to those presuppositions.
In the generations after Eden, the downward spiral of man is predictable. And after a scattering of language and people, the true God gets lost in the shuffle.
Those left in the void only have shadows of what God was like and soon ritualism corrupts religion. Error creeps in and our desire to cover up mistakes takes full root. The natural course of man is to hide from God and sew fig leaves for justification.
These early generations didn't understand what they saw, didn't remember the true God,  and lived in great fear and hardship from the harsh elements nature has in the aftermath of the curse.
God never abandons humans. He works in a totally different realm and reality. We will see it clearly one day. His call to us right now is to walk by faith.
God works on a different calendar, a different timeline, and culminates in a sphere of eternity.
Though He seems absent- He is not.
And while human time continues, cultures develop practices in the shadow of past things forgotten and in the problems of sin and shame of the present. I find it interesting that violence seems to be the ultimate fruit of this darkness. The more men run from God, the more innocent blood flows through the city of man.
In the midst of this cultural soup of curse and futility- common human patterns emerge. Peace is only held together by covenants where pain is promised. Power is hard to hold on to and trust in gods is more superstition than reality. It is truly an existence of tooth, club, and fang!
The original readers of Genesis already had many structure in place: laws, customs, written language, art, myth, food, drink, war... it was all in place and evolving.
And the horizon was bleak for the most part- diseases ravaged, war decimated, drought destroyed...
The story of man sadly contains too much desertion, betrayal, abandonment, and isolation. But there was music and laughter as well. Men enjoyed the warm sunshine, wine, and the taste of cooked lamb.
God's story parallels these patterns, He is the original author of life and all that is good. So He patiently walks in these patterns (I believe for the sake of common ground) and then dramatically interrupts the pattern to show that there is NO GOD but this GOD. Everything else is a counterfeit and worthless idol.
Let me illustrate this in light of the Genesis account of Abraham and Isaac.
2400 years ago,  a Punic warrior named Hamilcar had his 9 year old son put his hand on a sacrifice and vow a lifelong hatred of the Romans. His son was named ;"Blessed by Baal". It can't be proven, but it is possible that this was a child sacrifice to the mountain god of fire and thunderbolts. Based on urns dug up in the Valley of Tophet, sacrifice of a first born to Baal was done by the thousands. This young boy could have been a surrogate, being offered in his stead.
This boy was the warrior Hannibal- who may have been motivated in his travel over the Alps to invoke the blessing of Baal in his quest to carry out his vow to his father.
Sad to say it- but child sacrifice was a common cultural practice.

Compare this to Abraham, as Jehovah called him to take his only son- the miracle child of promise- up the mountain for a sacrifice. And the God of Israel showed a counter way. God himself would provide the sacrifice.
We read this story and shudder. But this was a known practice of the ancient world. I have also been interested in the parallel of Genesis 21:8-21 and Genesis 22:1-19.
This God is different. And He has proven His love for you and me by the ultimate Son sacrifice! The pattern provided the promise!
So as we read Genesis- see the reality of human existence as it has been recorded by Moses who is relaying activities and stories some 3000 years before Christ.
And as we walk in new experiences 5000 years later- new technology, better understandings, the light of history, the remnants of archaeology, and the daily patterns of unique cultures... don't forget His basic promise.
"I will be your God and you will be MY people".
Posted by Jayopsis at 1/13/2023 09:22:00 AM