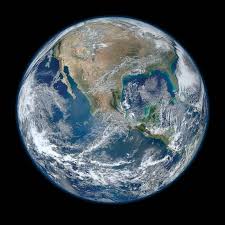 [1] In the beginning, God created the heavens and the earth. [2] The earth was without form and void, and darkness was over the face of the deep. And the Spirit of God was hovering over the face of the waters. (Genesis 1:1–2 ESV)
Education is wasted on the youth. I now confess that when I was a young seminary student, I quickly moved past the volumes of debate regarding Genesis 1 and 2. It seemed foolish and speculative to identify any ‘gap’ of time between the two verses. I was too eager to just finish, I had things to do!
I was equally foolish to mention it in a sermon I got to preach at Harold Hills Evangelical Free Church in Romford, England in 1990 on Genesis 1. I don’t know if was my southern accent, youthful appearance, or casual, fly by comment - but I soon found that more than one elderly congregant wanted explanation, and I was ill equipped to defend it in exposition.
Once I started teaching apologetics in 2004, I was now into the material with new vigor and I poured over manuscripts that spoke of Masoretic texts, verb tenses, and Hebrew names for God.
It was also in Nashville, where I began to experience the ire of the ‘Answers in Genesis’ people if I even breathed a belief in a GAP of time between Genesis 1:1 and 2 or 2 and 3 and I was taken to task as dishonoring the text. (More on that in a minute).
I never seek to place things in the GAP even if I believe it is there…. That would be to me  the ‘foolish speculation” of I Timothy. I don’t want to add information that the Lord has chosen to keep secret (Deut. 29:29).
But there is plenty of literary evidence to support Genesis 1: 1 and 2 as a ‘stand alone’ apart from the narrative that follows.
Skeptics get angry when Christians add God to the GAPS- the mysteries that science can’t answer…. But Christians get angry when a Genesis commentary mentions the GAP theory with anything but skepticism.
I have landed on the narrative telling us that God began creation on a ‘formless, dark,  and void’ mass of material that He created out of nothing (Ex nihilo).
Ex Nihilo is easier to prove- almost all ancient Jewish texts support that this was the common belief understood throughout Old Testament scholarship. It flies into the face of materialists, who hold the stuff has just always been here… but Scripture begins with a bold assertion, God has no beginning, but He did create the beginning. He is the great Uncaused Cause.
God didn’t find the stuff formless and void…. He created the formless and void like a lump of clay.
If someone disagrees with me, I won’t question their salvation.
Now, it is important that I don’t use this as a cop out over the age of the universe. I guess we can explore a little of that here….. Here is a little of my journey.
I vividly remember my first encounter with evolution in the classroom. I was in 6th grade at Robinson Elementary (1974ish) and the mere mention of an unguided process that over eons of time turned a germ into a monkey and then into a man was laughable to me.
I don't know if the two visceral reactions were connected- but my 'red flag' aversion to evolution was equally comparable to my anger toward racism. At the core of my being, these views collapsed right in front of my deep grained instinct that the Creator was there and He was just and good. And I was not a ‘believer’ at the time, but my predispositions were already God directed- He was already working on me.
This class was prone to tough debates and I remember the interesting realization that I was in the minority. It's funny, but my weakest argument to these elementary debaters was my firm stance on the six day creation account. But God was big enough for the miracle... He could have done it in six seconds!
"Everyone knows that the universe is millions of years old"
"Oh Yeah?" I said.
"Yeah"
Do you believe me? I so remember it and I specifically remember being a science skeptic from my early years. I trusted God and I did not trust men. If God's story and man's story were in conflict...I'm taking God. I still get concerned over bias and truth in science, but I also realize that honest science is self correcting as well as honest theology.
"Science gives us the full accord of facts- It costs the church a severe struggle to give up one interpretation and adopt another- but no evil need to be apprehended- The Bible still stands in the presence of the whole scientific community, unshaken”
Charles Hodge- Princeton 1829