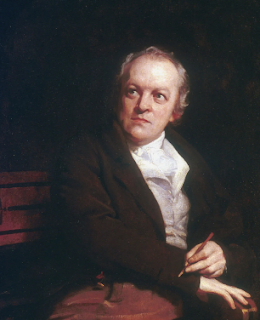 My education was certainly wasted on my youth.
I have returned recently to my anthology of British Lit. It is like an old friend that slipped into a forgotten past and  the re-discovery of these nuggets of treasure have touched on a past awakening when I first began to lay awake at night and meditate on the pictures and pace of  dreams of color and wonder.
I casually thumbed through the large Norton compilation and was drawn to "The Echoing Green" by William Blake and lamented how quickly the reality passed my by.
Old John, with white hair
Does laugh away care,
Sitting under the oak,
Among the old folk,
They laugh at our play,
And soon they all say.
‘Such, such were the joys.
When we all girls & boys,
In our youth-time were seen,
On the Echoing Green.’

Till the little ones weary
No more can be merry
The sun does descend,
And our sports have an end:
To be honest, it was a little less dramatic than the first time I contemplated the loss.
And I was still a young man (by my standards today), when I read the reality of the masquerade hosted by
Capulet in Romeo and Juliet.
Welcome, gentlemen. I have seen the day
That I have worn a visor and could tell
A whispering tale in a fair lady’s ear,
Such as would please. ’Tis gone, ’tis gone, ’tis gone.
You are welcome, gentlemen.—Come, musicians,
play. Music plays and they dance.
A hall, a hall, give room!—And foot it, girls.—
More light, you knaves, and turn the tables up,
And quench the fire; the room is grown too hot.—
Ah, sirrah, this unlooked-for sport comes well.—
Nay, sit, nay, sit, good cousin Capulet,
For you and I are past our dancing days.
How long is ’t now since last yourself and I
Were in a mask?

CAPULET Will you tell me that?
His son was but a ward two years ago!
And I feel the remorse of the loss of youth many times a year now.
It is in the music I listen to and in my observation of young people, having fun, and laughing away as they ride past their realization as well without notice.
So, in a way to find gold in the lost glory- I will seek to see what wisdom was possibly cultivated in the loss of youth. So I will return to these poets and see if I have any gain in the loss.
I will start with William Blake:
Blake, like most great artists wasn't really appreciated or understood in his lifetime. He was born in 1757 and passed on Aug. 12, 1827 and is usually categorized within the English Romantics. His views were controversial because he did espouse a spiritual faith (which he identified as Christian) but he totally rejected any formal church or denomination. But he also railed against the application of Enlightened ideas as he saw the harsh working conditions of children in the early days of industrialization. Blake was a graphic artist, poet, and printer who is still studied and admired today.
Two of his works are on my mind as I write.
The Tyger - which was part of his juxtaposed Songs of Innocence and Experience where the poem about the Tyger parallels the one about the Lamb. And the question presses down on the reader- Did the same God who made the Lamb and became a Lamb also created the Tyger?
Tyger Tyger, burning bright,
In the forests of the night;
What immortal hand or eye,
Could frame thy fearful symmetry?

In what distant deeps or skies.
Burnt the fire of thine eyes?
On what wings dare he aspire?
What the hand, dare seize the fire?

And what shoulder, & what art,
Could twist the sinews of thy heart?
And when thy heart began to beat.
What dread hand? & what dread feet?

What the hammer? what the chain,
In what furnace was thy brain?
What the anvil? what dread grasp.
Dare its deadly terrors clasp?

When the stars threw down their spears
And water'd heaven with their tears:
Did he smile his work to see?
Did he who made the Lamb make thee?
Tyger Tyger burning bright,
In the forests of the night:
What immortal hand or eye,
Dare frame thy fearful symmetry?
And the answer is of course God made both and it isn't hard to imagine that God became a Lamb and He will also be a Tiger when the day of judgement is revealed. There are terrible things that have been done that requires it.
The sacrifice of the lamb makes a way for salvation from the Tiger. But the day of mercy and opportunity for grace will not be open forever- There will be a day when the Lord says "No More Delay" and we HAVE to be ready.
But one of my FAVORITE Blake works is what we now refer to as "Jerusalem" because of the song but he titled: "And Did Those Feet in Ancient Time (1804)". It is based on an apocryphal account where Jesus and Joseph actually visited England (not likely) and Blake explores that as a call for reformation and revival.
Sir Hubert Parry put it to music in 1916 and it has had a long lasting run through English culture, especially soccer anthems and film (Chariots of Fire). It is refereed to now as a 'hymn' though some churches reject it for theological flaws.
I highly recommend listening to it being sung by Laura Wright. It is hauntingly inspirational!
And did those feet in ancient time
Walk upon Englands mountains green:
And was the holy Lamb of God,
On Englands pleasant pastures seen!

And did the Countenance Divine,
Shine forth upon our clouded hills?
And was Jerusalem builded here,
Among these dark Satanic Mills?     (Here is the juxtaposition of poor working conditions and justice)

I will not cease from Mental Fight,
Nor shall my sword sleep in my hand:
Till we have built Jerusalem,
In Englands green & pleasant Land.
The vision of Englands green and pleasant land is truly beautiful to behold.
But anyone who like to compete has to love the call to have bow, arrows, spear, and a Chariot of fire to bring on the reforms to build a spiritual Jerusalem. I hope I will not cease to fight for God's kingdom until He returns!
For our struggle is not against flesh and blood, but against the rulers, against the authorities, against the powers of this dark world and against the spiritual forces of evil in the heavenly realms. (Eph. 6:12)
There is NO SUBSTITUTE for God's Word- but God's Word makes me appreciate and see God's truth among a variety of artistic impressions. William Blake challenges me to think in terms of canvases. He saw if through the beauty of life and nature.
I am also drawn into those word paintings as well!
Posted by Jayopsis at 8/06/2022 11:33:00 AM