Pondering Pain- A Challenge to Faith

Here is the link to the video:
https://drive.google.com/file/d/1uGx6DVEQdUYdiHlIvImXXTK9ZoSq3BGn/view?usp=sharing

I have had so many great e-mails over this time of mitigation: Here was a GREAT one: 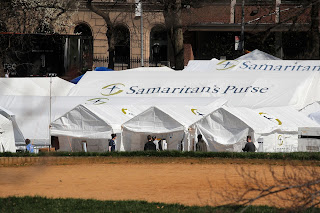 Good evening!  My name is _______ and I live in ________, Florida.  My brother and sister-in-law, gifted my fourteen year old, Isaac, with two of your devotionals for Christmas.  He has really enjoyed doing the daily devotions and has come to the end of the second one that he was given.  Thank you for taking the time to write these books and invest in the spiritual life of my teenager.  His looking forward to doing his devotion before bed each night makes my mama heart happy.

That makes it ALL worth it, to me!

There are many who are hurting right now.... so I felt like we needed to explore how pain and suffering, existence of evil applies to our faith. This is NOT EXHAUSTIVE... but may begin your process of pondering these things.

A FEW POEMS AND QUOTES

When God wants to drill a man,
And thrill a man,
And skill a man
To play the noblest part;
When He yearns with all His heart
To create so great and bold a man
That all the world shall be amazed,
Watch His methods, watch His ways!
How He ruthlessly perfects
Whom He royally elects!
How He hammers him and hurts him,
And with mighty blows converts him
Into trial shapes of clay which
Only God understands;
While his tortured heart is crying
And he lifts beseeching hands!
How He bends but never breaks
When his good He undertakes;
How He uses whom He chooses,
And with every purpose fuses him:
By every act induces him
To try his splendor out--
God knows what He's about.
--Author Unknown

"Whole, unbruised, unbroken men are of little use to God." A.W. Tozer

The following testimony was told by Dr. Jim Collier to Briarwood Christian School as he was fighting lung cancer- Has passed away a few months later:


I wanted to tell you the story of the woodcutter. He was a poor man in a poor country. Had to work hard cutting wood to make just enough to earn a living. He had one possession, a beautiful white stallion - powerful, majestic. He was given an offer from someone to buy the horse, but refused to sell. The people said, “You fool! For that amount, you wouldn’t have to work.”

The next morning, the beautiful horse was gone. “You fool! This is a curse because you failed to sell the horse! Now what do you have?” The poor man just sat in silence.


The next morning, the beautiful white stallion returned to the barn with ten white horses! “He was right! You were right old man!” The poor man remained calm, “Wait and see,” he said, “wait and see.”


The next day his son was trying to break one of these new horses and was thrown off. He hit the ground so hard he broke both legs. “You fool,” the people, cried again, “it was a curse!” “Wait and see” said the old man - God is gracious”


Then a horrible war broke out. The man’s son didn’t have to go...


You never know what will be a blessing.


Would you buy a house if you only got to see one room? Would you buy a car by only looking at the taillights, judge a book based only on the first chapter? Romans 8:28 says that "All things work for good...” would you pray with me?


Oh Father, help me communicate the feelings in my heart.... (Prayer closed)


In this body is a tall, blonde haired football player. In July, I had a cough. Had it checked out and it turned out to be lung cancer. Two days later and my lung was out and it was war if you got between my oxygen and me.


The cancer shocked me. Seemed like a death sentence. But.. A lot of folks prayed, sweet prayers... and some time passed. Then it was discovered that I had cancer in my hip and right shoulder... metastasis... more treatment. Now it’s in my right hip and Tuesday I’m going to get a new hip.


I’ve prayed for the school most days. And I prayed yesterday what to say and I kept coming to the story of the white stallion.


One day, your horse will be stolen. It will seem so big...so devastating, but it’s not. You say no to drugs or sex and it seems like you have no friends or no one on your side - you don’t make the team - And it doesn’t matter if you’re 18 or 80. We seem to all blow it out of proportion. Rom 8:28 says it works for good!


History proves that we must endure bad things to get good things. Abraham Lincoln lost every election he had ever entered until he became President. Winston Churchill, alcoholic family. So depressed and sad. But that sadness forged a man of steel who stood during one of Europe’s dark hours. Biblical examples include Abraham - old and childless and Joseph - thrown in the well.

The Pain of the Profound

“David must have been plagued by a very fearful devil. He could not have had such profound insights if he had not experienced great assaults.” Martin Luther


We have many in my midst today struggling with the sovereignty of God through the mis-steps of man. A lot of my dear friends are saddened by a perceived sea of error, sin, cover-up, and bungling.

How do we respond to these times of disappointment without it seeming so weak and trite to quip “God’s will, man”?

We know the scripture of Romans 8:28 and Joseph saying “You meant it for evil, but God meant it for good.” But that doesn’t help me right now.

So let me do some more examples from Church history. Can God be glorified through the splinters of theological and doctrinal disputes?

Is He glorified on a missed field goal or a botched fly ball?
Is the gospel going forth as stories unfold of slander or suicide?

When we say God is in control and victorious- you need to understand that there is nothing trivial about that answer.

We don’t get hurt so much today. We live with pain, but I want to suggest that it is less than the saints of old. Just over a hundred years ago, it was not uncommon to lose children. Old gravesites show us a world of lost infants, and toddlers, and sweet school children.

People did not have access to Tylenol or Advil. And there were not “Docs in a Box” on every corner.

Families did not have acu-weather red icons of tornados rushing to their city and almost no way of calling for help in an emergency.

I guarantee you that I am making someone mad right now when I propose that we don’t hurt as much anymore.

“You are a fool- I know pain” You say, and I know you are right. But even a diagnosis of cancer is done in the light of prognosis and MRI’s and understanding. It is not the mystery of the day of darkness – and that helps.

AND it hurts. We win more than we lose. We get our way. We have food and clothes. We have enough peace for leisure and recreation. We have holidays and celebrations. We have so much good that we lose our need for God.
As I study history, especially church history, I am amazed at God’s good sovereignty. He allows the pain and screw-ups for reasons. Some of the times, the mystery remains- but in most cases time reveals the whys.

For example, Why did the Ottoman Turks advance and threaten Europe during the 16th century? How could God allow such to advance?

Some would say that it is judgment of sin. And they would be right.

Others say rain falling on just and unjust. And they would be right.

I say it was also to the glory of God and the advancement of the gospel and the growth of the church.

How? One way is that Charles V was prevented from wiping out the Lutherans because of his distraction of the Turks and his desire to keep a unified populace in a time of tension.

God allowed secular and sacred events to provide the right climate for growth and sustaining of The Reformation!

Please, don’t run from God during times of trial or trouble. Don’t distance Him in distress. Instead press in to Him. Have the confidence that He can and will work things out!

Romans 4:20 No distrust made him (Abraham) waver concerning the promise of God, but he grew strong in his faith as he gave glory to God, 21 fully convinced that God was able to do what he had promised. 22 That is why his faith was “counted to him as righteousness.” 23 But the words “it was counted to him” were not written for his sake alone, 24 but for ours also. It will be counted to us who believe in him who raised from the dead Jesus our Lord, 25 who was delivered up for our trespasses and raised for our justification.

Does this answer all questions about our part? Do we stay “frozen chosen”? My answer is absolutely not. Step out in courage and go- but please, don’t wring your hands in defeat and keep a loser’s look and lean.

“You are worrying yourself sick because you cannot know how or where it will allend. But were you able to understand it all, then I would have nothing to do with thiscause!” Martin Luther to Melancthon


“Human life without knowledge of history is nothing other than a perpetual childhood, nay, a permanent obscurity and darkness.” Philip Melanchthon