Keeping Your Wits When Others Are Insane- Day 11 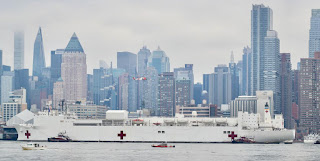 I am marching uphill to the Holy Mountain of Zion with a song in my heart and joy in my spirit because I am loved by the King of the Universe. All I need to care for is this day's walk. May I be found obedient today. I start my day with a gospel help: "I am crucified with Christ" and I will end the day with a gospel hope: "There is therefore now no condemnation in Christ Jesus."
The journey continues.......

The plowers plowed upon my back;
they made long their furrows.”

The Lord is righteous;
he has cut the cords of the wicked.
May all who hate Zion
be put to shame and turned backward!

Let them be like the grass on the housetops,
which withers before it grows up, with which the reaper does not fill his hand
nor the binder of sheaves his arms, nor do those who pass by say,

“The blessing of the Lord be upon you!
We bless you in the name of the Lord!”

It is so important to see this Psalm in the context and position within the Psalms of Ascent. This Psalm is NOT at the beginning of the journey- this is a song that is being sung as the pilgrims have attained some altitude. There is distance now from the valley and progress, though hard and wearying, is in clear view.

I sense a completely different tone in this Psalm than I do in the anger and hurt of Psalm 120.
The truth has not changed in the journey, but our attitude and perspective changes.

Sin is not less sinful and consequences are still a reality- but the Christian who has suffered mistreatment looks back in time and has a strength and resolve to remain patient and trust in God for his timing and process.

What are some differences that show up when we add the perspective of time and experience?

Once we realize that we live in a community of faith and have all shared in these types of situations, we see the bigger picture of this being, not about us, but about two kingdoms in conflict. Often, in reviewing these cases, we realize that our attack is nothing compared to what others have had to endure in the name of the Lord.

That is why the admonition in vs 1 "Let Israel now say"- in other words, don't react too personally when these things happen. It has less to do with you and more about rebels of the flesh and of the spirit who are at war with the Father.

Don't misunderstand me, it hurts. "The plowers have made long furrows on my back"! But we can endure the circumstance knowing what it is really about and help one another as we go in and out of these types of events.

The gospel is about our failures. It is the story of our rebellion. And sadly, we participate in the pain  by way too often ADDING to it. Though I know better.... I sometimes gossip or make a wrong assumption. I have had times in my life where others suffered under my selfishness or apathy. I have withheld good, born a grudge, or improperly rejoiced in the stumble of others.

If I truly understand the depth of God's forgiveness toward me, it helps me extend that same reach toward others. It helps me to say, "People are not the enemy". My enemies are sin, Satan, and his kingdom of twisted lies and idolatry.

He is not fair.... If He were fair, I would be signed, sealed, and delivered to the dungeon of doom- but He is good and merciful- His justice being assuaged by the blood of His own Son.

This gospel realization allows me to endure the frustrating actions and sin of others.

Mileage on the road of discipleship allows me to understand that God operates on His own time clock- it is slow, methodical, purposeful, and inevitable.

He is NEVER late... but He is SELDOM early. He doesn't waste this opportunity to grow us up in our endurance.

I stopped wearing a wristwatch about 9 years ago. It was a reaction to a quote I read- "Westerners have wristwatches, Africans have time" meaning that we tend to be a slave to clock. Of course, I still need to know time- it is on my phone, computer, etc- but I am less frantic than I used to be.

In waiting, however, never be fooled into thinking that God will not act. The Bible is full of the enemies of God mocking Him for His delay. They get fooled into believing that no sudden punishment means they beat the rap.

There is not a statute of limitation on individual sin. The only escape is an eternal pardon in the mercy of God's grace paid in full on the cross of Jesus Christ. Without that, the sinners in hell will eternally wish that they had sinned even ONE sin less, though the violation be 200,000 years old.

There will be a day where the Lord will say, "No more delay". Faith will become sight and the door of mercy will be closed. Very few can doubt that it seems more close than far away.

[1] This is now the second letter that I am writing to you, beloved. In both of them I am stirring up your sincere mind by way of reminder, [2] that you should remember the predictions of the holy prophets and the commandment of the Lord and Savior through your apostles, [3] knowing this first of all, that scoffers will come in the last days with scoffing, following their own sinful desires. [4] They will say, “Where is the promise of his coming? For ever since the fathers fell asleep, all things are continuing as they were from the beginning of creation.” [5] For they deliberately overlook this fact, that the heavens existed long ago, and the earth was formed out of water and through water by the word of God, [6] and that by means of these the world that then existed was deluged with water and perished. [7] But by the same word the heavens and earth that now exist are stored up for fire, being kept until the day of judgment and destruction of the ungodly.

[8] But do not overlook this one fact, beloved, that with the Lord one day is as a thousand years, and a thousand years as one day. [9] The Lord is not slow to fulfill his promise as some count slowness, but is patient toward you, not wishing that any should perish, but that all should reach repentance. [10] But the day of the Lord will come like a thief, and then the heavens will pass away with a roar, and the heavenly bodies will be burned up and dissolved, and the earth and the works that are done on it will be exposed.


[11] Since all these things are thus to be dissolved, what sort of people ought you to be in lives of holiness and godliness, [12] waiting for and hastening the coming of the day of God, because of which the heavens will be set on fire and dissolved, and the heavenly bodies will melt as they burn! [13] But according to his promise we are waiting for new heavens and a new earth in which righteousness dwells. (ESV)

We need to be patient as God is patient- taking advantage of the age of grace to share God's love and forgiveness. Part of that patience is suffering the persecution of others.

By the way- the Scriptures seem to indicate that it will get worse before the final curtain falls. There will be an intense time where Satan is unleashed and it will look like we are on the losing side.

So briefly review this Psalm- I like how Peterson translated it in the message:


This is NOT the song of a green, soft, immature person of faith who is on the ground SHOCKED that someone was mean to them.

NO- this is a mature believer who understands that evil is real, but God is in control. He knows that though Satan may win battles, he has lost the war. He doesn't hesitate to get back up, put dirt on his wound, and keep walking upward.

This Psalm is a warrior song of a champion of the King. We are climbing as battle tested, fierce competitors for the glory of God alone!

Where are we in this journey?

Today is April 2.... the month appropriately penned by the American poet, T.S. Eliot...


April is the cruelest month, breeding
Lilacs out of the dead land, mixing
Memory and desire, stirring
Dull roots with spring rain.

Yes, this mitigation and isolation is NOT easy... but it it what we do for those who a fiercely battling for life and franticly serving the sick.

I dare not take a gluttonous leisure in this time where so many are struggling in their finances and in their health.

I read the posts, I see the tweets.... there are many who mock this time, who sneer at the leaders, and even disobey the requests... you are not helping us.

Those of us who proclaim Christ should be the ones who lead in following, in giving, in praying, in serving, who purposely adopt an austere approach to this time, and display a willingness to follow and not throw stones.

God is not distant, He is not slow.... let's keep being a light of faith and hope.