What an amazing day! 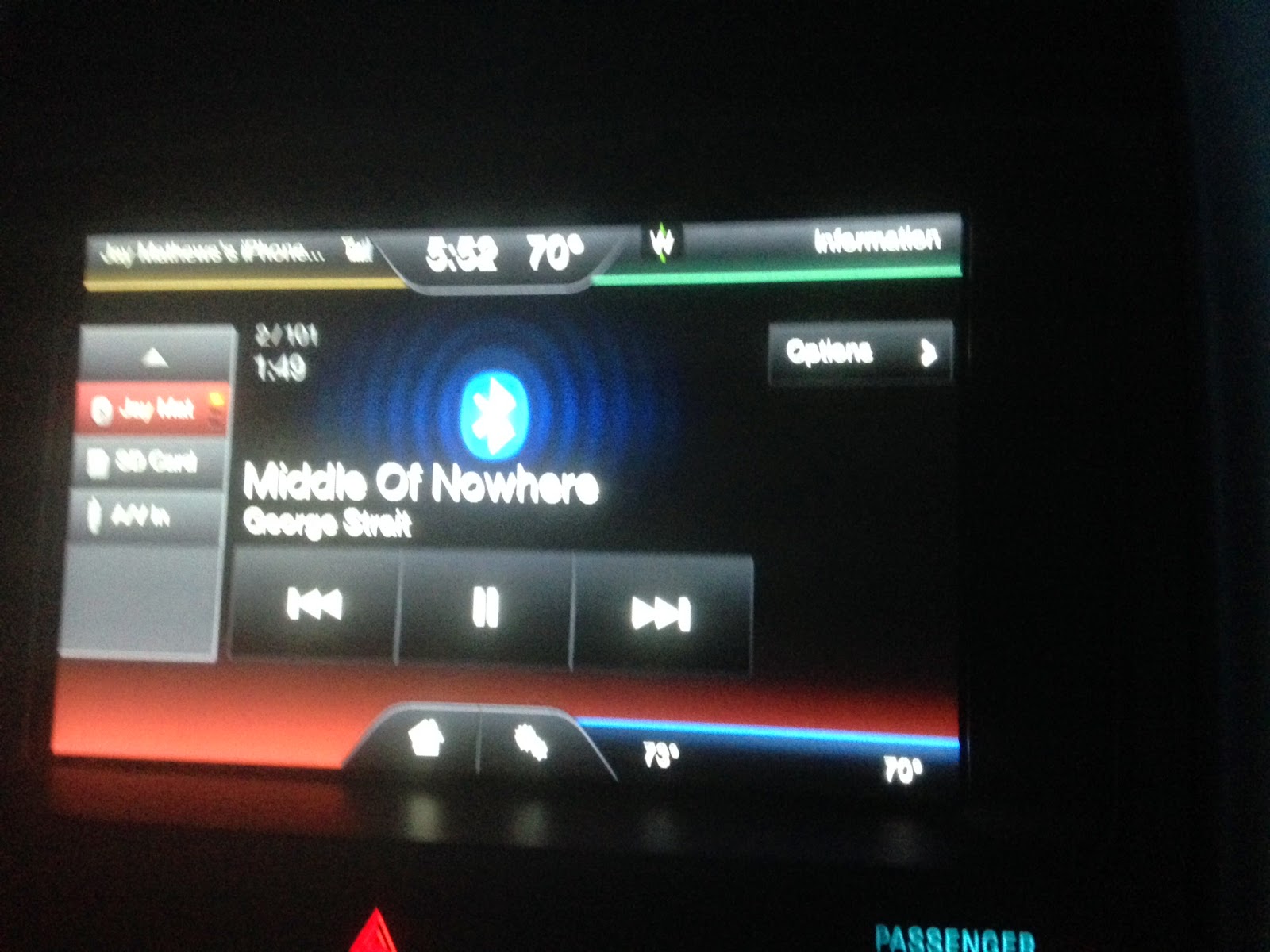 We left Birmingham around 9:30 PM driving I-20 West on a family trip. It ended up being a great time to leave. We drove through the night with little or no traffic going past Tuscaloosa, Livingston, Jackson, MS and Shreveport, Louisiana.

I didn't realize Shreveport was such a big Casino town- the neon lights did bring some adrenaline to the drive.

I loved coming through Dallas as the sun began to allow us to finally see. Listening to George Strait all the way through Texas, we made Dallas in just under 9 hours.

Again- early morning and Sunday morning got us through the main channels with NO traffic. 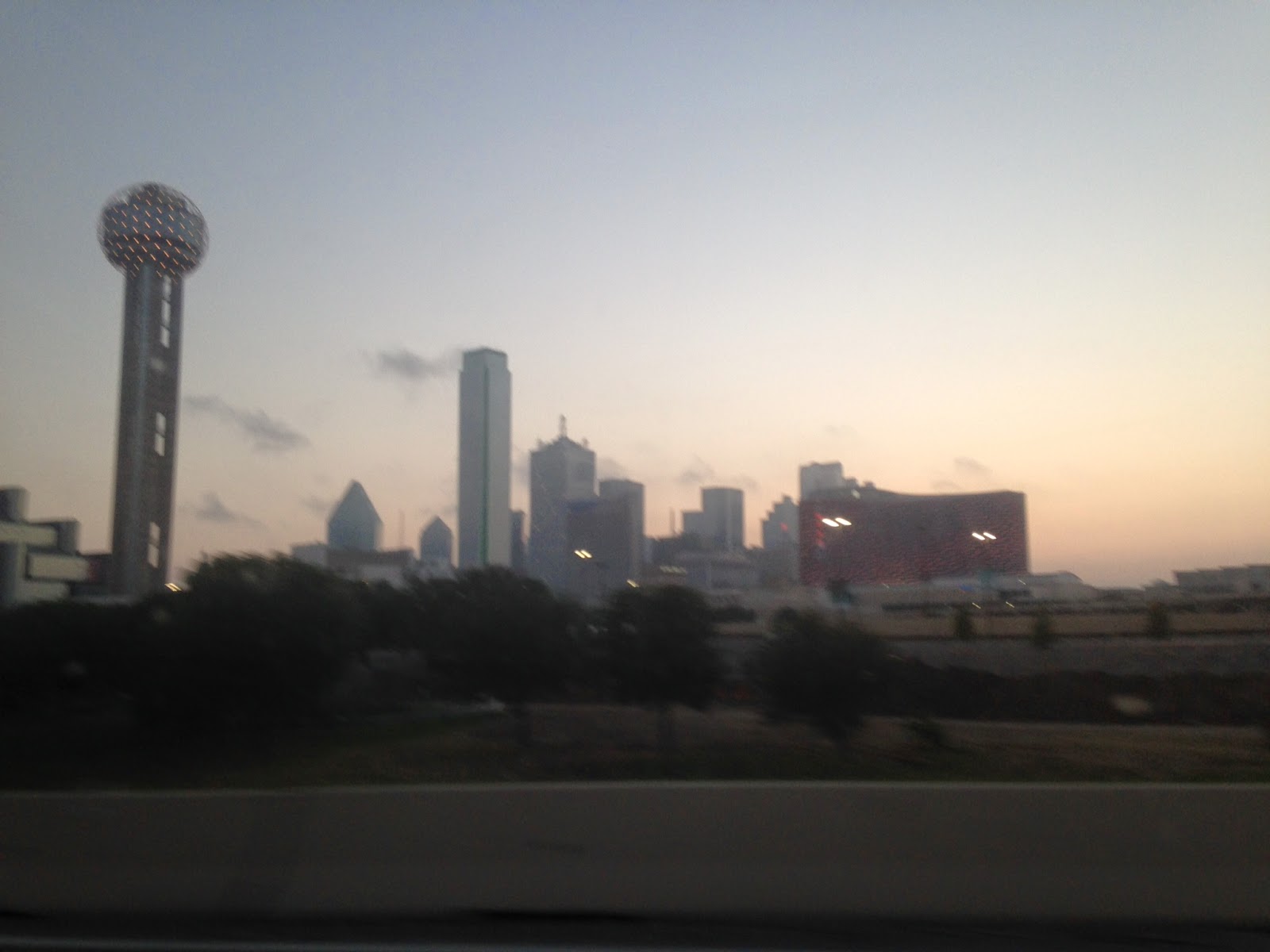 Texas is BOOMING- construction is everywhere!

I especially enjoyed playing all George Strait almost the entire time in Texas. Amarillo By Morning, Does Ft Worth Ever Cross Your Mind, Out Here in the Middle of Nowhere were amazing!

The drive was as good as I hoped it would be- vast areas of flat desert and the first hint of mountains in New Mexico. I also liked the 75 MPH speed limit- but our rented Ford Edge did not- it seems like it kept wanting us to know over and over that 80 was the vehicles maximum and it chimed ALL THE TIME!

Our only issue was not re-fueling in Vernon, TX- we had to back track and get fuel when we realized we did not have enough to make it to the next town! 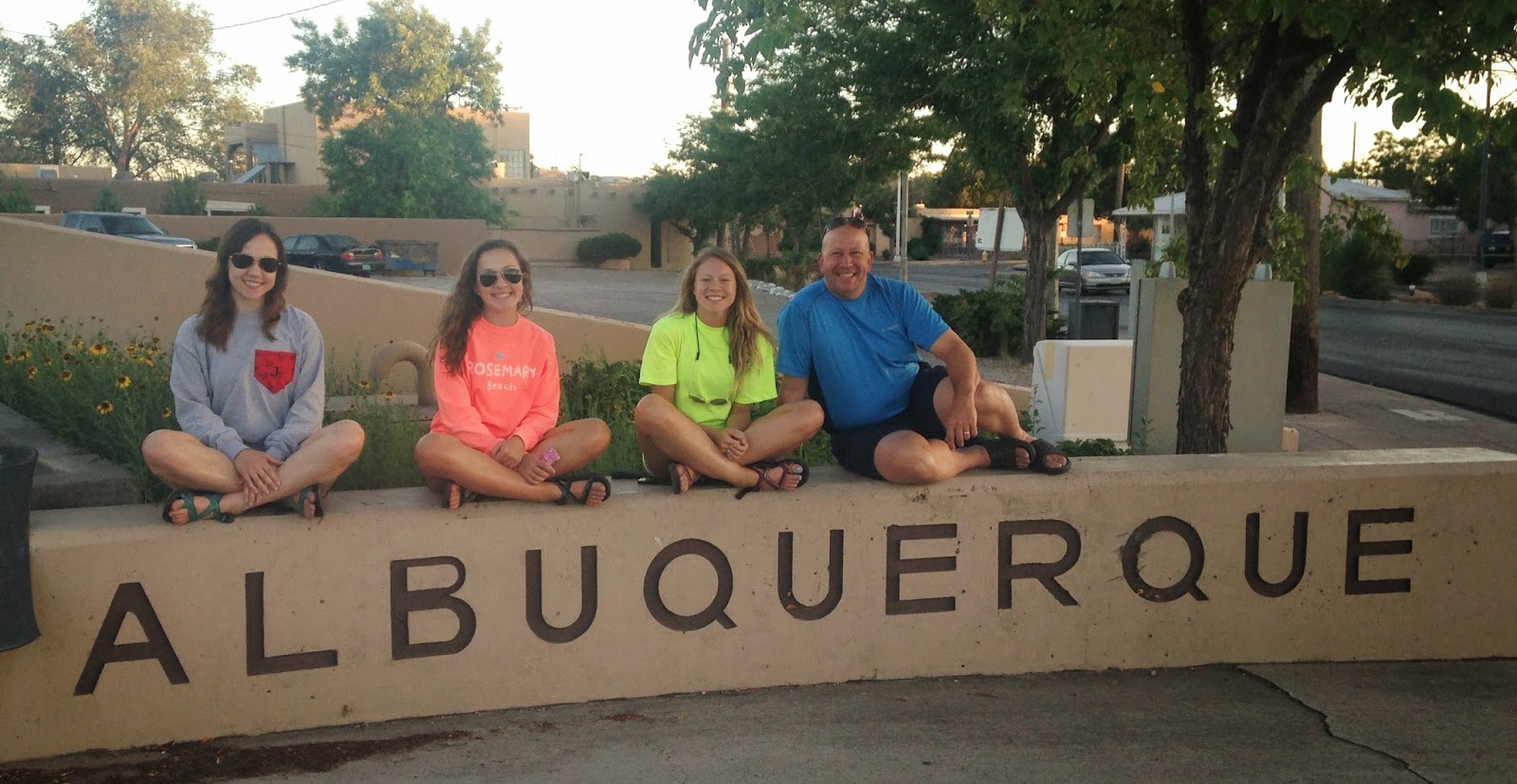 We got as far as Albuquerque, NM. A clean and beautiful city. We booked a night in the Best Western in Old Town- we walked down to that district and ate at a mexican restaurant- but the meal was average and expensive. 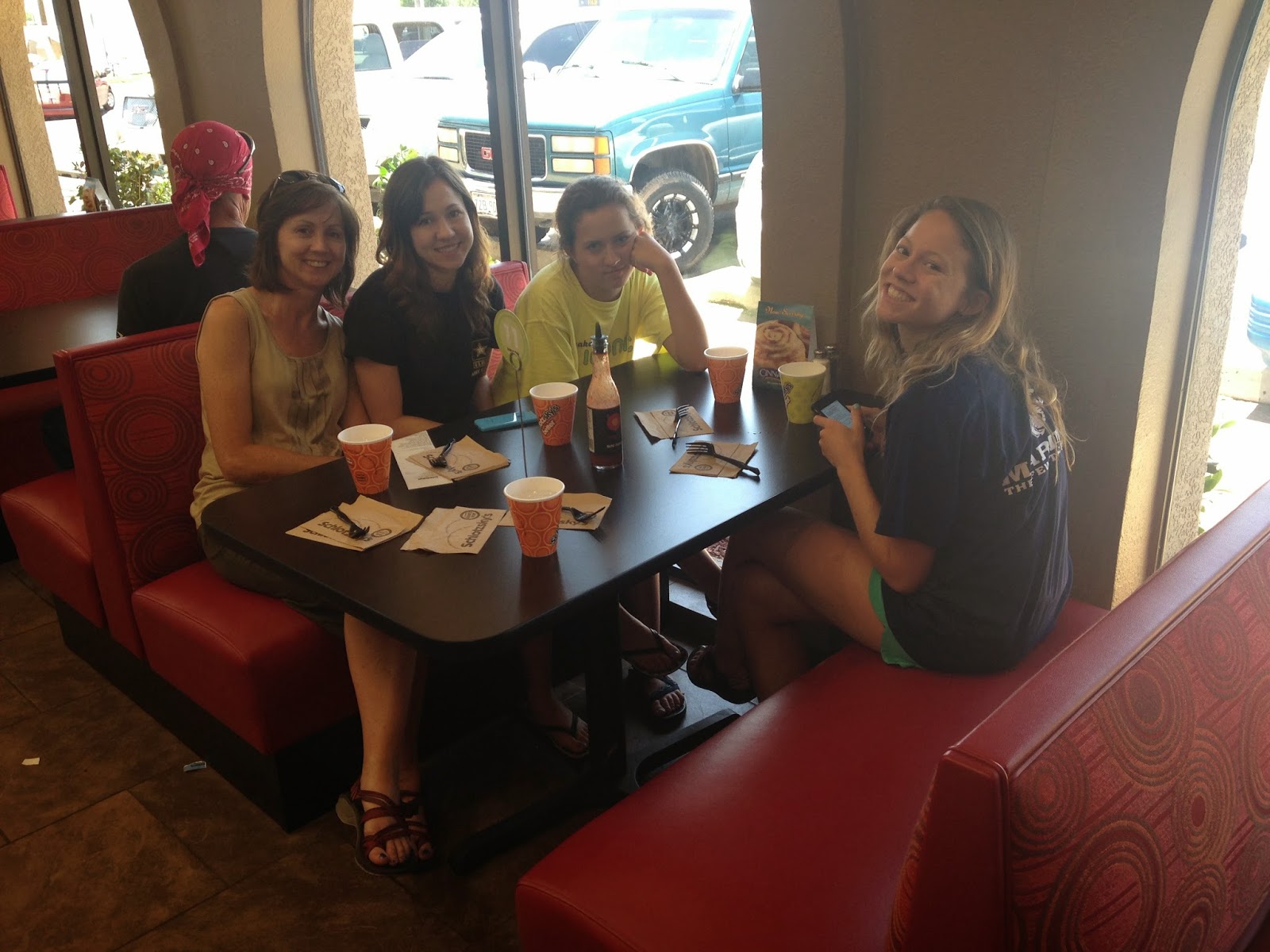 We departed in the dark the next morning on an 8 hour run to Zion through Flagstaff, Arizona.

We stopped off in Gallup, NM at a McDonald's at 6AM for Melissa to get her Alabama football order in! It was the only place open with wifi that early.

Flagstaff to Zion was a beautiful drive- but it was the hardest part. Page, AZ is possible the cleanest and coolest looking place we saw. Desert....nothing.... then a booming town next to a beautiful Lake Powell with gorgeous homes! 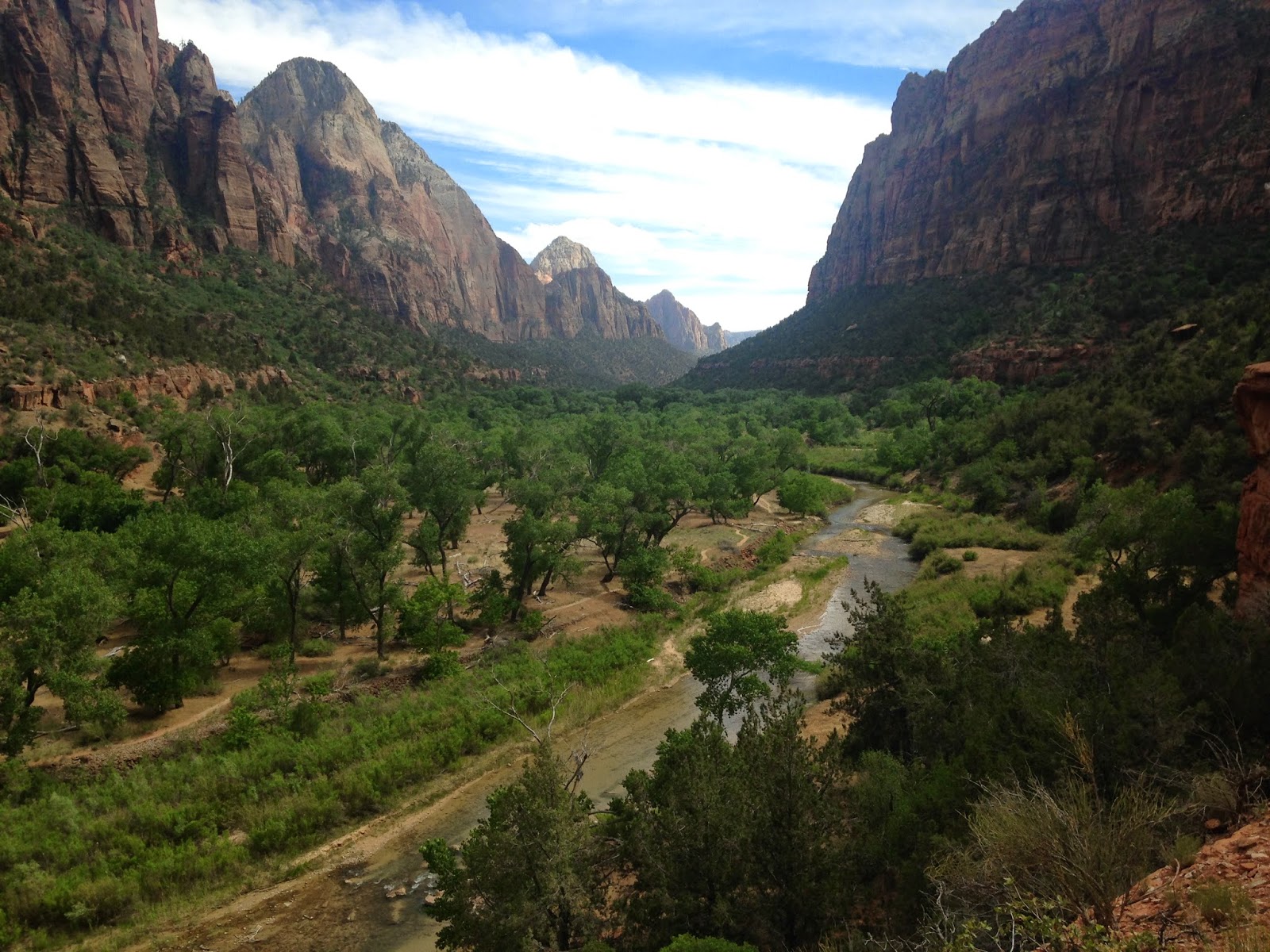 It was spectacular- the road they call 'the wiggles' is wild- a long claustrophobic tunnel that opens into paradise!

As tired as we were- the beauty of Zion Canyon energized us and we checked into the LaQuinta - amazing rooms/food/breakfast/coffee/location/service- and caught the shuttle to the park. 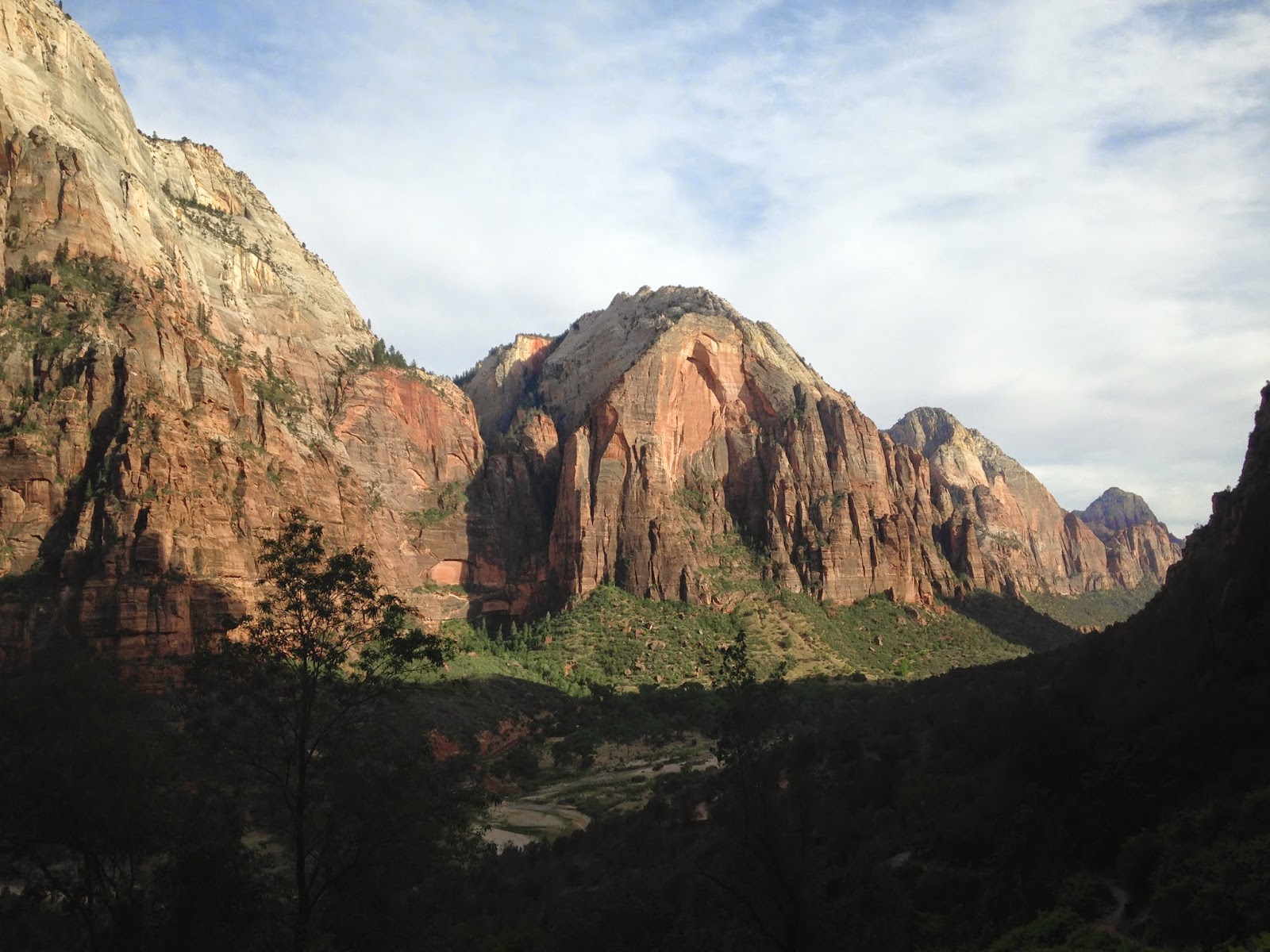 We hiked a few trails- we stopped at the Grotto- took the Keyenta trail to the Emerald Pools. It was an awesome beginning hike. We also went around to try and see tomorrow's challenge...Angel's Landing- but ran out of time and steam.

God's majesty was everywhere and the whole trip was pure worship in the goodness of God's grace.


I laid down that night as tired as I have ever been- but I woke up at 5:30 AM mountain time the next morning ready to take on a hike like I had never seen before- Angel's Landing where 6 people have died since 2004! 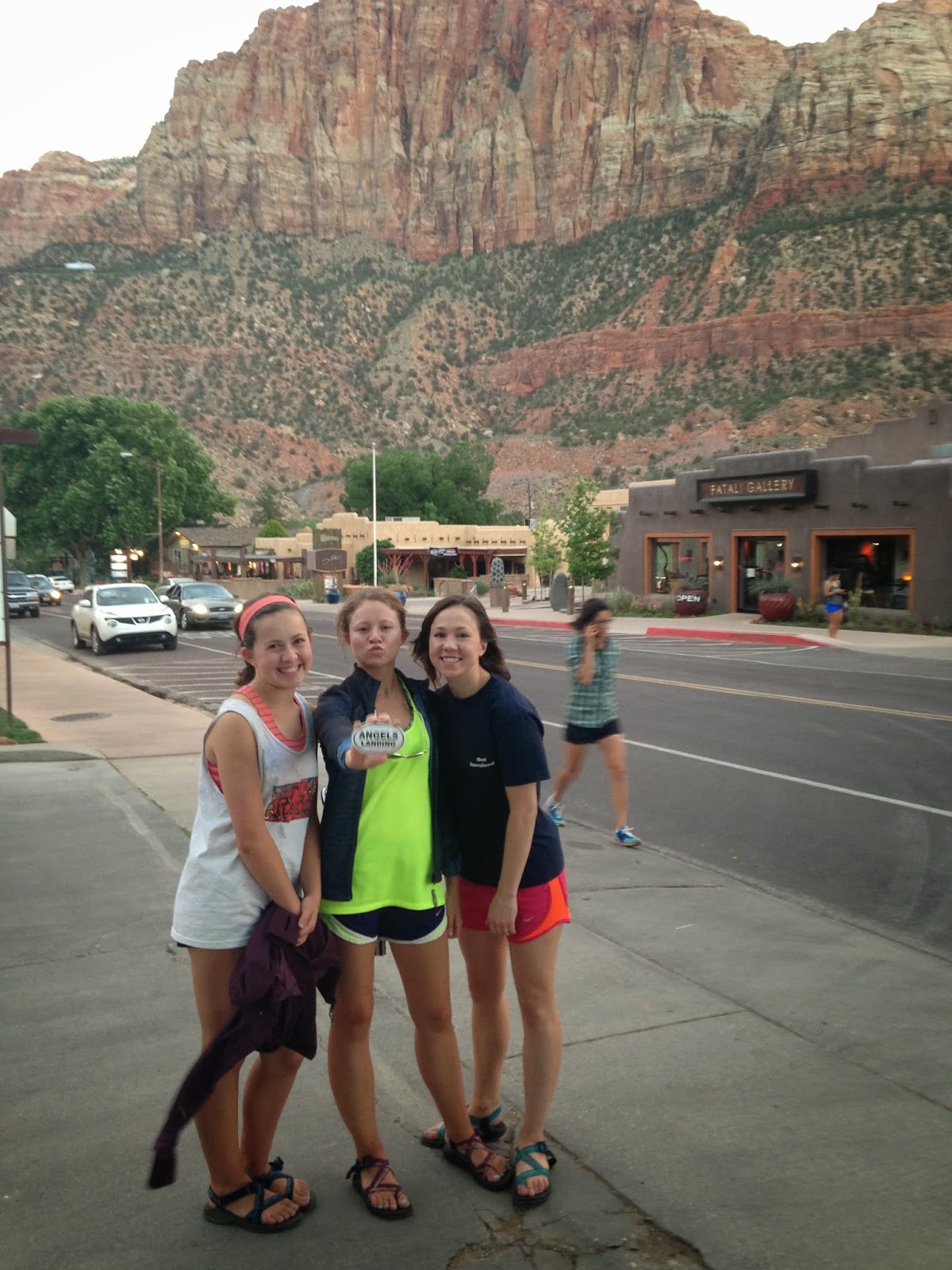 That is tomorrow's story..... Tuesday was Angel's Landing and Hidden Canyon Trails.