This is part of my year of writing devotions based on all the chapter 12's in the Bible in 2012. Genesis 12 was posted on  Jan. 2 and I finished the OT on June 25. The journey has been extraordinary.


Mark 12:13 yAnd they sent to him some of zthe Pharisees and some of zthe Herodians, to atrap him in his talk. 14 And they came and said to him, “Teacher, bwe know that you are true and do not care about anyone's opinion. For cyou are not swayed by appearances,3 but truly teach dthe way of God. Is it lawful to pay etaxes to fCaesar, or not? Should we pay them, or should we not?” 15 But, knowing gtheir hypocrisy, he said to them, “Why hput me to the test? Bring me ia denarius4 and let me look at it.” 16 And they brought one. And he said to them, “Whose likeness and inscription is this?” They said to him, “Caesar's.” 17 Jesus said to them, j“Render to Caesar the things that are Caesar's, and to God the things that are God's.” And they marveled at him.

The enemies of Christ were lining up. Their common desire to see His downfall, even His death, had created an unholy conspiracy where mutual hatred was fueling schemes, plots, and tactics.

One of the schemes was to trap Him in public as a false teacher. The Jews loathed paying taxes to Rome, it was a loaded question. If they could lead Him into a theological trap, they could expose Him and depose Him.

So we look at this backhanded compliment as they lead in to the attack:
Teacher, bwe know that you are true and do not care about anyone's opinion. For cyou are not swayed by appearances,3 but truly teach dthe way of God. 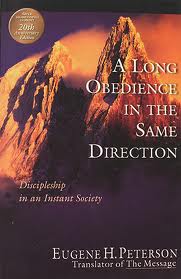 I have always been impressed with Eugene H. Peterson, the translator of The Message. It is his book, A Long Obedience in the Same Direction, that has been one of  my continuous devotionals for the past 17 months. It is a meditation of the Psalms of Ascent (120-134).

The opening of Psalm 120 is a constant word of warning to anyone who lives in this world:


I'm in trouble. I cry to God, desperate for an answer:    "Deliver me from the liars, God!       They smile so sweetly but lie through their teeth."


The 1971 Undisputed Truth song: Smiling Faces has the same message.

Part of Christian maturity is to develop a healthy skepticism of yourself and others. It is not jaded, it is not a hardness that is  always believing the worst. It is a wise discernment that all human beings have sin and are capable of wrongdoing.

Christ's answer here is so beautiful.

Reply, Part 1- Jesus often answers a question with a question. I have found this to be so helpful over the years. In Jesus's question, He already knows their heart ('knowing their hypocrisy') and His response. But is our case, we are not omniscient to the situation, so honest questions are helpful.

There is so much communicated in this short statement. Kim Riddlebarger writes in so much a better way that I ever could:


In these words, Jesus offers what is the clearest teaching regarding the two kingdoms found anywhere in Scripture.While Caesar was soon to become a divine figure in Roman culture, at this point his portrait on the denarius (which was a small coin which would have had the image of Caesar Augustus shown as a demi- god, and which would have been worth about eighteen cents), meant that Caesar was the legitimate representative of human government. Israel may have hated Rome, but Rome was that authority to which the Jewish people answered. Because his face is on the coin, Jesus says, Caesar has the right to tax. And what is more, the Israelites are obligated to pay that tax.
But Jesus also makes it plain that there is a divine authority (the kingdom of God), over which the state exercises no absolutely control whatsoever. There are things which belong to God, spiritual things which do not fall under the control of Caesar. These would be the religious elements of Jewish life–the temple and its sacrifices, what goes on in the synagogues, etc. In fact, the New Testament will later go on to speak of state-sponsored attempts to control the kingdom of God, or otherwise ascribe divine rights and privileges unto the state, as the work of Satan. In these cases, the state becomes the beast and its leader becomes an Antichrist figure. Thus Jesus establishes the state as the legitimate ruler over the affairs of the city of man, but the state can make no claims upon the authority of the kingdom of God. There are two distinct kingdoms, each ordained by God, and each given a particular role and authority.


The Response:  They Marveled at Him

But stop and think about this...marveling about Jesus does not equate necessarily to following Jesus as Lord and Savior.

'Jesus Infatuation' may not equal conversion or discipleship.