MARK 12:18 And Sadducees came to him, who say that there is no resurrection. And they asked him a question, saying, 19 “Teacher, Moses wrote for us that mif a man's brother dies and leaves a wife, but leaves no child, the man5 must take the widow and raise up offspring for his brother. 20 There were seven brothers; the first took a wife, and when he died left no offspring. 21 And the second took her, and died, leaving no offspring. And the third likewise. 22 And the seven left no offspring. Last of all the woman also died. 23 In the resurrection, when they rise again, whose wife will she be? For the seven had her as wife.”
24 Jesus said to them, “Is this not the reason you are wrong, because you know neither the Scriptures nor he power of God? 25 For when they rise from the dead, they neither marry nor are given in marriage, but are like angels in heaven. 26 And as for the dead being raised, have you not read in he book of Moses, in the passage about the bush, how God spoke to him, saying, I am the God of Abraham, and the God of Isaac, and the God of Jacob’? 27 He is not God of the dead, but of the living. You are quite wrong.”

There is no greater time to explore Biblical information in history than right now. The power of the internet and the vast availability of sources is more than could ever be explored in a lifetime. I have many that I frequent- but I find John McArthur's sermons to be some of the more rich and solid.

You can visit his sermons on Mark 12 HERE.

This account is on Wednesday of the last week of Jesus' life. The conspiracy that will lead to His arrest and crucifixion is growing. This chapter gives us snapshots of the conspirator's tactics and attacks.

The Parable of the Tenants (vs. 1-11) provides the backdrop that people attacking God's servants and killing them is a sad and consistent testimony of man.

He has already avoided the trap of the Pharisees and some of Herod's representatives who wanted to paint him as a rebel against Rome (vs. 13-17) and now he finds Himself confronted by the Sadducees.

In my personal reading, I think it is easy to mischaracterize these 'sects' of Judaism and it is a mistake to lump them all together under one umbrella of faith. 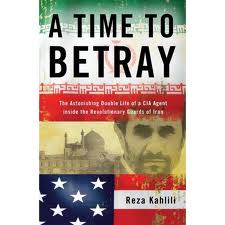 The point being that we need to always dig deeper than the labels and find out where individuals stand in their relationship with Christ. I experienced this truth this week in my reading of Reza Kahlili and his story, "A Time to Betray".

As I was reading his account, I was so moved by his heart cry to God, beyond the tenants of Islam, for mercy, protection, and justice.

So it did not surprise me at all to read how he found faith in Jesus. Why I Renounce Islam and Choose Christ

As I learned more about the Quran and what Muhammad prescribed, I concluded that Islam as now practiced in Iran is no true religion, that the Allah of the criminal ayatollahs is not the real God. Their religion turned against every principle of humanity. They instituted a cruel set of laws that represent intolerance, savagery and injustice, representative of an evil mind, not a loving God.
So I renounced Islam and began the quest to find the real God, the one who had blessed me so often in very dangerous times as a CIA spy. In that journey through a few Christian friends, I came to learn about Jesus. I found myself deeply moved by the teachings of Jesus of Nazareth. His words spread through my soul as seeds sprout and grow, opening my eyes and my heart to the real love of our Lord. It was then that I knew beyond doubt that the Bible was the true Word of God. That Jesus was the One I had always been looking for.

When we meet individuals, we need to love them, serve them, and begin asking questions about their belief system NO MATTER WHAT THEIR INITIAL LABEL may say. In fact, just after this attack of the Sadducees, Jesus will have a fruitful conversation with some scribes that seemingly put them on the cusp of knowing Him in a saving manner.


Pharisees were everywhere. In the 400 year period between the Old Testament and New, the Pharisees grew in prestige and power. They roamed the streets, oppressing the people to follow all the mechanized dictates of their law. They had corrupted the Word of God by adding layer and layer of rules and regulations.


They used their teaching to indoctrinate the masses that God was pleased by their rule keeping. And as all religions of works do- created a spiritual class system of 'compare and compete'. Pharisees were numerous, influential, and extremely proud and protective of their practices.


The Sadducees were a minority. They were less visible, confining their sect to the Temple. They were strict constructionists... not accepting any text of authority beyond the five Books of Moses. They were the elites and in their aristocratic circles had found an ally in Rome.


Even though they were a minority, early historians comment that they were the most vile and ruthless in  fear and oppression. Pharisees were pragmatic and needed to get the participation of the people- Sadducees had the corner on the truth and did not care if anyone else followed- they had Roman firepower if they needed it.

Sadducees were most noted for their rejection of a resurrection because they could not find firm evidence for it in the Pentateuch AND they found the Pharisee's fanciful speculation about it rather ridiculous.

THE CONFRONTATION WITH THE CHRIST

It looks like the Sadducees are trying to kill two birds with one stone- take advantage of the Pharisee's blunder (vs. 13-17) and show both Jesus and the Pharisees as ignorant of the true Word of Moses.

Paul wrote in I Corinthians: "we know that n“all of us possess knowledge.” This “knowledge” opuffs up, pbut love builds up. 2 qIf anyone imagines that he knows something, rhe does not yet know as he ought to know."


The intellectual elites tend to be engulfed in arrogance.

I have always been intrigued about Dr. Francis Schaeffer's analysis that there will be a rise of elites who will fill the vacuum left when a society abandons absolutes. (How Should We Then Live? pg. 224).

There always seems to be a group of individuals who honestly believe that they care more and know more and so should control our lives. They take away our freedom for our own good.

Jesus' response to their theoretical situation completely flies in the face of their self supposed superiority.

"Is this not the reason you are wrong, because you know neither the Scriptures nor the power of God?" and again at the end of the passage, "You are quite wrong".


To pile on, he goes to Moses himself, to prove His assertion:

And as for the dead being raised, have you not read in the book of Moses, in the passage about the bush, how God spoke to him, saying, ‘I am the God of Abraham, and the God of Isaac, and the God of Jacob’?  He is not God of the dead, but of the living.


He uses their own proof text to destroy a hallmark of their twisted theology.

As I walk the aisles of Books-A-Million, I see rows and rows of writers who in arrogance proclaim that either God is not there or He is not needed. They are modern day Sadducees who deny the resurrection and use their prooftext of reason.


The key is to cry out to God for a heart of humility, a yielded spirit, and a will that is open to His rule.


And I fear those who bow up and live according to the facts as they see them. Men are not omniscient enough to be that sure.


For when they rise from the dead, they neither marry nor are given in marriage, but are like angels in heaven.


We need to be careful here and not overcook this statement. If we speculate too much on the afterlife, we are no better than the Pharisees who had endless discussions of whether you were raised in old clothes, new clothes, or naked.


Every picture of the afterlife is given in types and shadows. The symbols of hell are figurative but point to a reality worse than can be imagined.


The same is true of the new Jerusalem.


When people ask me whether their pet will be there, or football, or will we know one another,  I always try to answer with caution.

A survey was taken many years ago among youth and found that a significant percentage was concerned that heaven was going to be boring. Out thoughts of God are small and our dreams of heaven are B grade at best.

The God who designed the thrill of roller coasters,all the passions, the tastes, the smells, ecstatic adventure for a world that is passing away!- has more waiting for us than we can ever begin to imagine.

The Bible does tell us of a perfect resurrected body, tangible, and a completely different form. Just as a seed goes into the ground in one form and comes out of the ground in another (see I Corinthians 15).

"God limits our knowledge for two reasons: one, to keep us humble and two, that we continue to have dealings with our fellows" John Calvin