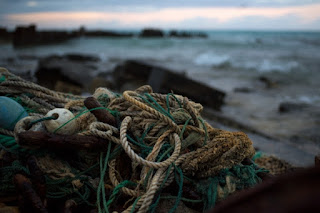 [1] Peter, an apostle of Jesus Christ,

To those who are elect exiles of the Dispersion in Pontus, Galatia, Cappadocia, Asia, and Bithynia, [2] according to the foreknowledge of God the Father, in the sanctification of the Spirit, for obedience to Jesus Christ and for sprinkling with his blood:

May grace and peace be multiplied to you.

[3] Blessed be the God and Father of our Lord Jesus Christ! According to his great mercy, he has caused us to be born again to a living hope through the resurrection of Jesus Christ from the dead, [4] to an inheritance that is imperishable, undefiled, and unfading, kept in heaven for you, [5] who by God's power are being guarded through faith for a salvation ready to be revealed in the last time. [6] In this you rejoice, though now for a little while, if necessary, you have been grieved by various trials, [7] so that the tested genuineness of your faith—more precious than gold that perishes though it is tested by fire—may be found to result in praise and glory and honor at the revelation of Jesus Christ. [8] Though you have not seen him, you love him. Though you do not now see him, you believe in him and rejoice with joy that is inexpressible and filled with glory, [9] obtaining the outcome of your faith, the salvation of your souls. (1 Peter 1:1–9 ESV)
________________________________


Simon Peter is one of the most interesting studies in the entire Bible. We have written records of his time with Jesus, a gospel narrative closely linked to that experience, detailed accounts after the ascension in the Book of Acts, and then TWO letters he penned near then end of his life on earth.

Any exhaustive work on this life could produce an amazing movie, novel, broadway play; an enormous amount of material! I tried my amateur writing style in an attempt to do that this week (see posts on 'A Fisherman's Tale'). I enjoyed it, but I don't think I can do it justice! I do think Peter's life would make an amazing Broadway musical!

He is also an everyday man: blue collar, rugged, impulsive, married, a man of visible faults, and humbling moments.

So I will spend time over the next several days reflecting on his writing and pondering his life.

Peter was with Jesus.

I’m going to skip ahead a little later in this book:

So I exhort the elders among you, as a fellow elder and a witness of the sufferings of Christ, as well as a partaker in the glory that is going to be revealed: (1 Peter 5:1 ESV)

The ‘exiles in the dispersion’ might be Jews who had fled Israel, but a better application is to Christians who are no longer citizens of the world, but now aliens to the world and who now share in many ways the sufferings that Christ experienced.

Christian- you will NEVER be totally accepted in this world system:

These all died in faith, not having received the things promised, but having seen them and greeted them from afar, and having acknowledged that they were strangers and exiles on the earth. (Hebrews 11:13 ESV)

But our citizenship is in heaven, and from it we await a Savior, the Lord Jesus Christ, [21] who will transform our lowly body to be like his glorious body, by the power that enables him even to subject all things to himself.  [1] Therefore, my brothers, whom I love and long for, my joy and crown, stand firm thus in the Lord, my beloved. (Philippians 3:20–4:1 ESV)

A MAN FULL OF HOPE:


Think about the phrase 'living hope'- and I'm convinced the life of that hope springs eternal.

1) to live, breathe, be among the living (not lifeless, not dead) 2) to enjoy real life 2a) to have true life and worthy of the name 2b) active, blessed, endless in the kingdom of God 3) to live i.e. pass life, in the manner of the living and acting 3a) of mortals or character 4) living water, having vital power in itself and exerting the same upon the soul 5) metaph. to be in full vigour 5a) to be fresh, strong, efficient, 5b) as adj. active, powerful, efficacious (Greek Bible ONline)

Why was this hope so alive? So secure?

#1 Peter's hope has 'reasons'- he can explain it in the realm of logic. The Christian faith is NOT a blind leap of incredulity. If you look at his sermon on the day of pentecost you see a clear narrative that has roots in the Old Testament and connects the nature of man to God's plan. That is why later Peter tells us to 'sanctify Christ as Lord' and 'be prepared to give a defense' if we are asked to give a reason.

#2 Peter's hope was secure in his experience- Think of all the failures in Peter's life and how his relationship with Christ was never terminated. Peter had sunk in the sea, been called 'Satan', been corrected on the mountain and rebuked in the garden. And worst of all, denied the Lord those three shameful times- NO WONDER HE CALLS GRACE "GREAT"!


#3 Peter's hope had been tested, tried, and found stronger than ever- Peter says above he had been grieved, tested by fire- yet he writes of imperishable, undefiled, and unfading inheritance. A hope that results in praise, and glory, and honor.


Does he harken back to that day when Jesus said "Simon, Simon Satan has asked permission to sift you as wheat?" Extra-biblical accounts say that Peter had to watch his wife being tortured and executed for the faith.

The greatest HOPE of all:

In spite of Peter seeing the Lord- in His earthly state, in the transfiguration, and in the resurrection- his greatest excitement comes from the faith of those who haven't seen and still follow Him- AND LOVE HIM!

The word for love in verse 8 is 'agape'- a word Peter himself in his humbled state could not profess to the risen Christ after the resurrection and during the restoration in John 21.

Yet, Peter- full of years of wisdom and persevering faith- is so hopeful of a group of disciples who LOVE Jesus without seeing Him.

So it is also a ‘living hope’ in that it will be born again- over and over- saving 3,000 on the day of Pentecost and then sweeping the globe for 2,000 plus years of gospel expansion and world changing redemption.