In Defense of Hurts 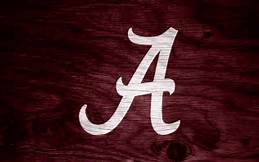 I debated whether I should write and post this.... just adding to the noise.

But coaching and evaluating Qb's was something I did as a career for over 25 years. It was one of the great honors of my life and I have a special interest and passion for that special position.


My comments AND almost all other opinions expressed about Jalen Hurts are short-sighted... unless we know the calls, the expectations, and the teaching from the coaches- we are (I am) speculating at best.

But a majority of the sports talk I have heard this week from the 'experts' is troubling to say the least and irresponsible to say the worst.


However, I was blown away by Hurts progression from last year to this year by the end of the 1st quarter.

Those who know me, know some of the things I didn't like about Hurts last season...even though I loved his performance as a true freshman and came away super impressed with his production last year.

I had concerns about his grip and didn't like his motion last season. The ball tilted down in his hand and he had a 'long stroke'- which means he didn't release the ball as fast as I think a QB should playing at that level of football.

By the way, Peyton Manning had the same issues as a true freshman at Tennessee. I was privileged to watch Coach David Cutcliffe and Peyton put in the work to 'shorten his stroke' and 'improve his grip'.

To say it paid off is an understatement.

Saturday night I saw a completely revamped plant and release by Jalen. He was much more balanced and fluid on his throws when he was given protection.

Many of his throws were a balanced, plant and a quicker release than last year.

Without having the benefit of a true game field view (the standard TV view is limited) I saw in many ways a typical first game offensive performance against a really good defense.

The hardest thing for us to understand as fans is that Alabama resembles the style of an NFL team, not a college team. Most NFL games are tight... a 4 yd run is a bonus... and the ultimate wining edge is hidden yardage in special teams and turnovers.

Coach Saban is a defensive minded coach, which means... if his defense is clicking, he wants an offense that will run clock, wear the other team down, get explosive plays when the situation allows them, and not turn the ball over.

The average fan doesn't like that kind of game.... and it isn't as glitzy as the fun and gun style that a lot of teams play.

But I will say this.... that style wins under pressure, when it matters most.

The detractors will say.. "Sure, until you get beat by Clemson."

But go back and watch that game.... it was an amazing football game...a clash of styles... and we watched a special QB put the ball in super small windows and earn the championship. Congrats to them.

You know what else about that game? A true freshman QB in Crimson pulled up in the pocket and scrambled for a TD that could have won the game as well.

We are blessed to have a great kid as the starting Qb and I am also thankful to have a quality back-up as well... my guess is that we will see both develop this year and always excited to cheer on these guys as they go on a long journey full of ups/downs and everyone gunning for them each and every week.