Analysis of an "Upset"- Chris Peterson's Dramatic Win in 2007 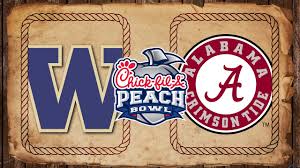 Chris Peterson became a hero coach to me in 2007 when he guided Boise State to un undefeated season and the unlikely upset of Oklahoma 43-42 in one of my all time favorite bowl games.

As an offensive coach, I was very impressed with Boise during their entire run of success. The offense in those days had an entirely different look and feel to what I was seeing week to week. Peterson developed a system of personnel groupings, shifts, and motions with picture perfect execution and courageous play calling.

I wondered a lot about 'how' Boise was getting what seemed to be a very complex system installed during NCSS mandated practice hours... a college coaching friend of mine asked, 'how many NCAA officials are going to show up in Idaho?" but there was a part of me that gave Peterson the benefit of the doubt.

So, when Boise upset Oklahoma that year with the famous pass and lateral and the 'statue of liberty' 2 point winner in overtime, the legendary status of a coach and his ability to slay the giant were cemented in place.

So, it was a lot of fun to go back and look at that game drive by drive.

Even though it was two different teams and a decade ago- would this game show a blueprint for how Peterson might do it again? This time taking his Washington team to play Alabama?

Oklahoma was formidable... I mean, Adrian Peterson was their RB of all things and he only ended up with 77 yds rushing!

HOW THE UPSET HAPPENED?

Oklahoma got down early in that game. BSU threw a double move on 1st down on their first drive on 1and 10 and then recovered an Oklahoma fumble on the +9 going in and it was 14-0 early in the game.

It got ugly in the 3rd Q when Boise returned a pick 6 for points.

BSU was facing a 4th and 18 with 18 seconds left in the game when they executed to perfection the dig and lateral trick play. Peterson kicked it to tie in regulation.

Oklahoma scored in their 1st possession in OT and kicked the PAT. Boise scored in OT and ran the now famous "Statue of Liberty" trick play to win the game.

It was an electric finish?

ANALYSIS OF AN UPSET

But, there are times, a superior team loses... but most often it is death by suicide.... If Alabama loses, they will have beaten themselves.....

Coach Peterson will have a great game plan... he has a LONG time to install it.

He will use fast motions, he will shift, and Alabama can get confused at times on defense.

He will script all of the best plays against Alabama- squirm routes versus inside LB's- play action posts, 50/50 balls against the Alabama corners.

He will work hard to dial up some run plays.

I don't think Washington can stop the downhill run.

But even then, it will take Alabama making mistakes.... kicking game miscues, fumble, int, and penalties... all possible in the realm of college football.. for Washington to win.

That is a different question.... I say NO.

The Tide has some advantages.. playing in the Georgia Dome... experience in the playoff games... really good players at every position.

The Alabama 'surprise' will be power run game from the very beginning and play action to Ridley.

My only caveat to my predictions will stay the same as it has been all year- a healthy Jalen Hurts. If Hurts gets Hurt, Alabama can still find a way to win.. but all bets are off at that point.