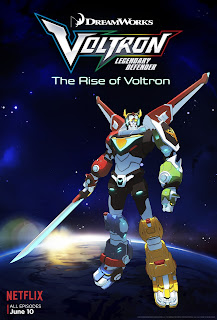 This year marks the 30th anniversary season of the Voltron Force- one of deadliest and most controversial flag football teams in the Universtiy of Alabama's storied history.

Lee Clements, a few teammates, and I have recently finished an exhaustive research process to preserve the memory and legacy of two seasons that rattled the foundations of institutional process and control.

I don't know if time will allow us to thoroughly explore all of the providential circumstances that led to the formation of the cultural icon. But no one could have predicted the powerful attraction that some say threatened to weaken the actual Alabama football team in 1985 and 1986.

We believe it is safe now to tell the TRUE story of this group of dedicated athletes and competitors.

Part of the roots of this team go back to when a small but insane group of walk-on football players pushed the envelope of scout teams in the early days of Ray Perkins coaching era at Alabama.

In the fall of 1983- Lee Clements, Chris Lombardo, Ricky Colbert, Mike O'Toole, Scott Connell, and I began to explore ways to have 'fun' as scout team defensive backs.

The year before was not much fun - as I spent Coach Bryant's last season as the scout team QB. In those days, it was live tackling to the ground during team time. I have written on previous occasions that running scout team wishbone plays against Emmanuel King, Eddie Lowe, Tommy Wilcox and company wasn't the easiest gig in town.

But Coach Ray Perkins came in with a passing offense that sent me to defense and from the punished to the punishers.

I don't know who started the 'ritual'- but the scout team defensive backs that spring decided to create what became known as the daily 'target'. Before every full pad practice, there was a brief vote on WHO would be the target on that particular day.

Then, a delegate from the crew would go into the varsity dressing room and 'post' on the chalkboard who was the (un)lucky winning receiver for that day.

That person was put on proper notice that if we had a chance to put the wood on them... there was going to be no hold back at all.

We justified our system by picking the guy who needed toughening up.

If a starting receiver had loafed or had a bad game the week before... we just made him the target of a weekly practice to 'increase' the intensity of his effort. 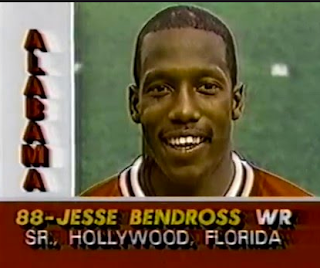 It was widely known that Jesse Bendross HATED being the target- which caused him to win a lot of votes. If we put a target with a number 88 in the middle of it... he would stop getting dressed, storm into the scout team dressing room and plead his case.

No one would pay him any attention and finally, someone would blurt out, "Get out of here, Jesse" along with, "I hope Walter doesn't hang you out to dry on that crossing route."

There was one receiver who was never voted the target.... Joey Jones.

We were afraid of him and no one minded admitting that.

(The next Spring, I was moved to receiver and was targeted a few times... which does prove that 'your sin will surely find you out")

But the Fall of 83 was interesting.... Lee and I decided to try a few things to pick up practice....

Coach Perkins had used white helmets for some of the games and we decided to use them for the scout team when we played Tennessee. We grabbed as many orange T decals that we could find and decorated the helmets.... then we went and hid in the bushes around the outside of the practice field.

When the varsity came out- they were looking around to see where the scouts were.

We planned when to come out..... right before team stretching and we tore out from the bushes wearing Tenn Orange and screaming like a bunch of banshees.....

The varsity guys got a good chuckle out of it and we had a fast, fun practice- but it didn't help as we lost  34-41 at Legion field.

We did the same thing for the Auburn game... Lee and I drove to Birmingham to buy the decals from Hibbett's Sporting goods.... same result ... lost 20-23.

I moved to Wide Receiver the next Spring... after that, Coach Perkins offered for Lee and I to work for the athletic department as student dorm assistants in Bryant Hall, but it meant our official football days were over.

That next fall, 1985- we realized we had a lot of former Alabama players who were still wanting to compete... so we organized a team we called 'The Walk-offs' and entered the world of Intramural flag football. That team was the pre-cursor of the Voltron Force in 1986. 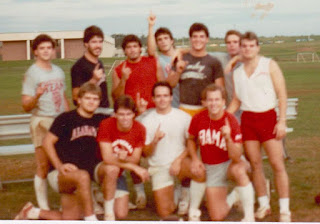 We will explore the Walk-offs inaugural season and how it  took  the league by storm and challenged the university intramural system to its limit.