The Gospel Confronts the Conservative AND the Liberal 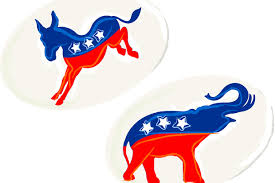 CONSERVATISM AND THE GOSPEL

I had a friend who used to say all the time, "Never underestimate the power of the status quo".

And I don't know if it is fair to label conservatives as the institutions of tradition and establishment, but the general definition of a conservative is one who is slow to change. There may be a number of reasons for this: a desire to protect good traditions, a healthy suspicion of change, a prudent and measured response to issues, or just plain fear.

A Bible verse that instantly addresses the progressive/conservative tug of war is found in Ecclesiastes 3:

In America, the conservatives are often described as the 'right' and humans can be found in all kinds of degrees.

Should we concern ourselves with and lovingly confront those who run to the extreme elements of ideology?

My personal experience with conservative ideology was in reading many of the popular conservative writers:(Limbaugh, Medved, Hannity, Beck, Coulter, Ingharam)

Again, most of these writers tend to appeal more to my Judeo-Christian values, though some do not articulate gospel understanding.

The problem in trying to contain Christianity within the conservative voice is that some conservatives unknowingly articulate a 'compare and compete' mentality that teaches a righteousness of works. "I am a conservative, God is happy because I am pro-life, stand firm on a traditional view of marriage, and believe that there should be prayer in schools."

This is not the gospel- necessarily.

The gospel message is that even our good deeds are like filthy rags unto the Lord (Is 64:6) and that 'no one is good, not even one and that all  have sinned and are fallen short of God's glory (Romans 3).

The Christian conservative, in full view of the gospel, would not lead in the harsh tones and rhetoric that dominates the landscape today. It isn't that these values aren't important- it is just the law has to be presented in full view of the door of grace and mercy in Christ.

Let me mention a couple of observations of this and move on to my main point.

A few years ago, I read Ann Coulter's book, Demonic, it was the first book I ever read cover to cover on an Ipad- which was very cool!

Ann is popular because she fights fire with fire. She zings and slices with a sarcastic flair and dark humor. Her books back all quotes with a huge bibliography in the appendix at the end.

Her main point? The current landscape of American liberalism is a building, dangerous 'mob' with direct comparisons to horrible and violent ideology of atrocities of anarchy throughout history. She camps out in the French Revolution (in direct opposition to the American Revolution) and the criminal activities of social activists in the 60's.

Coulter highlights the premise with quotes and activities of liberal voices within mainstream/cable media outlets today.

What does Coulter prove? It is hard to know because the tenor of the message clouds the message..the agenda shrills...blocking out any hope of a remedy. She proves there is a difference between being right and being 'dead right'. She proves that you can take truth and use it like a weapon, bludgeoning people and leaving a bloody pool of hurt in the process.

Now,  I know that this is how some folks get traction in a society of dysfunctional cynicism and discordant cacophony of voices. But does any of the ramped up rhetoric help?

Do we realize that our young people are watching? Do we understand that their young hearts tend to be more sympathetic to the hurting or maligned?

Let me add a second example. I taught Bible for 7 years in Nashville, from time to time we hit hard areas: Biblical warrants for divorce was really hard, for example, because the pain is so real. I had to learn a gentle approach that honored the truth but did not unnecessarily hurt the wounded.

When we talked about homosexuality- I could tell that high school students were upset that there 'appeared' to be harsher treatment of that activity compared to heterosexual adultery which was of greater pain to their personal experience.

This is all a precursor to how the gospel confronts the conservative.

1) Judeo-Christian tradition does not guarantee Gospel impact. In fact, if we are not careful- the traditional values can masquerade itself as gospel understanding. I believe it is better soil- but it is not the seed.

2) Harsh condemnation of sin toward the world is not gospel focused. Paul made the distinction of 'in-house' expectations and worldly realizations (I Corinthians 5:10). We preach Christ crucified as proof of God's love. We teach Christ's resurrection as proof of God's justification to those who believe and repent. We expect rejection and worldly sin. We patiently persevere in promoting the message and trust God to move as He decides.

3) Things are always in a state of decay- gospel impacted believers should not be apathetic- we should be active servers and sharers. The Lord does not want us to sit back and watch it burn- he wants us to engage, love, work, heal, procreate, and emancipate.

I have always thought of the Parable of the Talents in Matthew 25 to be an indictment of spiritual passivity:

24 Then the one who had received the one talent came and said, ‘Sir, I knew that you were a hard man, harvesting where you did not sow, and gathering where you did not scatter seed, 25 so I was afraid, and I went and hid your talent in the ground. See, you have what is yours.’ 26 But his master answered, ‘Evil and lazy slave! So you knew that I harvest where I didn’t sow and gather where I didn’t scatter? 27 Then you should have deposited my money with the bankers, and on my return I would have received my money back with interest! 28 Therefore take the talent from him and give it to the one who has ten. 29 For the one who has will be given more, and he will have more than enough. But the one who does not have, even what he has will be taken from him. 30 And throw that worthless slave into the outer darkness, where there will be weeping and gnashing of teeth’”

4) A final confrontation- Christian conservatives should be careful of buying into political activity as the best hope of social change.

While both men were alive... I loved Jerry Falwell and Jim Kennedy when they expounded on the Scriptures. I was fine that they supported Biblical values as good and wholesome. However, I would wince when it seemed forced or political.

I was having coffee on day with a United Methodist minister when he brought up the same point. He remembered a Dr. Kennedy sermon during Christmas using the birth of Christ to preach an entire sermon about abortion. I don't know if that was the full topic of the sermon or not- but we need to be shrewd and innocent in our discourse.

The bottom line? There is forgiveness in Jesus Christ!  When we lose our way and by fighting for the faith and lose our lotion of love (meditate on Revelation 2:1-7) there is grace at the cross! There are more ways to miss the truth than we can ever imagine.... isn't it good that it is dependent on our Father and not on us. Isn't is awesome to know that you are saved by Christ's righteousness and not your own?

Just to use the term 'liberal' in a post conjures up the probability of 'fightin' words' due to the current climate of our social rhetoric. A quick check of my profile, a short perusal of my past blog posts, an educated guess concerning my background and faith will likely put me in a category of "HARD DOUBT" as to my fair treatment of anyone who labels themselves as progressive or democratic or liberal.Growing up through the late 60's and becoming more socially conscious in the late 70's and early 80's- my political leanings were formulated during the dawn of the Reagan presidency and the emergence of talk radio and the EIB rants of Rush Limbaugh.This era had a huge impact on my parents as well. As far as I can tell, we were blue dog democrats in the early years. My dad was a Birmingham firefighter and I remember him expressing that the democrats took care of the working man. When you are 8 or 9 years old, you could care less. You hear, it registers, but I was quickly back to my Evel Knievel stunt cycle and Nerf Football. 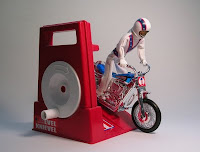 Finally, I worry about the anger being stoked among progressives in our country. Class warfare, gender warfare..... sure, it takes two sides to fight- but the demonizing of authority figures and those who have worked hard for success is planting seeds of destruction and revolution.

Without the healing power and unifying power of a gospel confrontation.... we are in BIG trouble.All of these chapters show us a NEED for Christ- the gospel is not too good to be true.. it is the only good truth. And it is founded upon the GOOD TRUTH.... the shepherd who laid down His life for the sheep. It is a good and secure hope!