The Benefits of Retreating

The surge of adrenaline, the power of numbers, the surge one feels when we choose fight over flight. 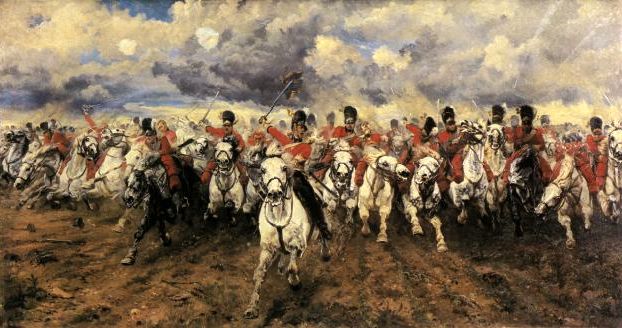 We think of this as a time to cut losses and turn tail and run.  Flight is chosen over fight.

As I come to the end of 2012. It is so easy to see my days as a frantic running to and running from. Remember that famous phrase about 'life in the jungle'? 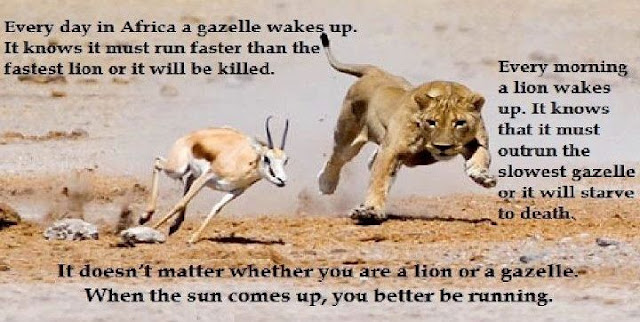 Is this life? Am I just running aimlessly, merely existing, swinging or fleeing?

I have been stopped in my tracks over the last few days by an important principle that jumped out of Matthew 14 and is supported in Luke and many other places in the Bible. And it is a key to one of my big goals should 2013 arrive and prove the Mayans were wrong.

Now when Jesus heard this (the beheading of John the Baptist), he withdrew from there in a boat to a desolate place by himself. But when the crowds heard it, they followed him on foot from the towns. When he went ashore he saw a great crowd, and he had compassion on them and healed their sick. Now when it was evening, the disciples came to him and said, “This is a desolate place, and the day is now over; send the crowds away to go into the villages and buy food for themselves.” But Jesus said, “They need not go away; you give them something to eat.” They said to him, “We have only five loaves here and two fish.” And he said, “Bring them here to me.” Then he ordered the crowds to sit down on the grass, and taking the five loaves and the two fish, he looked up to heaven and said a blessing. Then he broke the loaves and gave them to the disciples, and the disciples gave them to the crowds. And they all ate and were satisfied. And they took up twelve baskets full of the broken pieces left over. And those who ate were about five thousand men, besides women and children.
Immediately he made the disciples get into the boat and go before him to the other side, while he dismissed the crowds. And after he had dismissed the crowds, he went up on the mountain by himself to pray. When evening came, he was there alone.

Jesus Himself is the example as to both the journey, destination, purpose and pace of life.

The news of John the Baptist's murder had to be tough on Jesus. Because of His deity, it would be incredible naive to speculate on what was going on with Jesus here. But because I do share in His humanity, I know how I would feel in the light of that news.

How sad and hurtful it is when our loved ones leave. And that pain is magnified because of the evil circumstances that took His cousin.

He wanted/needed to withdraw. So He went to a 'desolate' place- but the crowd followed.

And I love His response.... I am not going to send them away, I love them, I will feed them- and they all ate until they were satisfied.

He sent His disciples along. He stayed back to finish the hard work..... and then He retreated and the text is a little ironic... He was alone- but He was not lonely- because He was doing what was evidently a huge passion- face to face with the Father in prayer.

And this is what is missing in my life. All of my running, charging, falling down, and getting exhausted, getting prideful when things are good..... nothing is put in proper perspective because of the missing discipline of getting alone with God and "Making" time for private, personal prayer.

So this has to be a part of my new year planning- scheduled time with my heavenly Father. Finding His heart and purpose for my life. Being more inclined to His will and not mine. Being more energized for His glory and not mine. This is what we all have been designed for.

I'm going to post again about the direction of this blog for 2013.... but in the meantime, will you pray for me to put "RETREAT" on my list of resolutions for the coming year?


I found it so interesting that as I am about to meditate on this, Ray Ortlund tweeted the exact idea:


May the Lord bless you and keep you and make His face shine about you this holiday season!