The Gospel Confronts All Sexual Sin..... Not Just Some 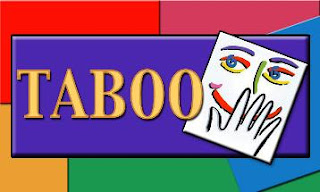 Now suppose you came to a country where you could fill a theatre by simply bringing a covered plate on to the stage and then slowly lifting the cover so as to let every one see, just before the lights went out, that it contained a mutton chop or a bit of bacon, would you not think that in that country something had gone wrong with the appetite for food?”  C.S. Lewis

And using this analogy... don't you agree that something is wrong with our culture's appetite for sex?

I guess nothing paints God in a worse light among some in this current culture than His clear prohibitions against sexual immorality. In our culture's fist shaking, angry rebellion.... it seems like we never stop to ask the why question.

Instead, we alibi, justify, and deny that God has spoken so clearly on this topic. We speak so much of grace toward the sinner (which is TRUE) but we never stop and consider that any decision to step outside the boundaries of God's moral law results in severe consequences that could eventually lead to eternal death.

For so long now, the social engineers have feverishly worked to throw off every conceivable taboo regarding the subject. The conventional thinking is..... remove the social stigma and you remove guilt. Remove guilt and you have complete freedom to live and act as you please.

This sounds so good....... except it flies in the face of reality.

Is there a compelling argument for Biblical standards on sexuality without considering the Bible? At Harvard, the "True Love Revolution" believes so. Students at Harvard began to seriously question the casual approach to sexual encounters and pressure on college freshmen to abandon their convictions.

What is the problem?.... Isn't it just a normal part of the 'hooking up culture"? Well, it seems there are huge reasons to wait.... and some of these are just plain scientific.

It turns out that there is a very powerful hormone called oxytocin (yes, eerily similar to the powerfully addicting oxycontin) that is released by the pituitary gland during sexual intimacy. It not only increases the euphoria of the experience, it is a powerful bonding agent that helps attach the couple, especially the female,  to feelings of love and commitment.

Having this experience without a stable and committed monogamous relationship can have mood altering and psychological effects. If the relationship doesn't survive- the heartache is magnified. There have been documented cases where teens lives crumble to dark  places after the break-ups with partners of their first sexual encounters. The Harvard group wants there to be more positive encouragement to those who choose abstinence until married lifestyles.

God knows what He is talking about... He created humans... He created sexual intimacy... and used properly, the physical intimacy helps to bond the man and woman together (two become one flesh)- but used improperly and it can be destructive in all types of ways.

PROBLEMS WITH THE CHEAP GRACE APPROACH

Unfortunately, a shallow gospel does not help here. Some go into sexual temptation with no thoughts of victory. It is a 'well, I'm broken and will mess up' and God will forgive me over and over.  God's grace is that good- the problem is that all sinful activities come with a cost. The consequences are contained in the activity itself. Sexual sin is no different with any sin. Forgiven?.......YES! Without consequences?.... NO.

The best example of this is King David himself. A man called after his death by God - a man after God's own heart! David was forgiven of his sin..... but he also suffered because of it. It literally destroyed his family and his kingdom.

PROBLEMS WITH JUDGING ONLY CERTAIN KINDS OF SEXUAL SIN

I get sad when I see people showing contempt and anger towards any sinner. It is worse when we point out homosexual sin with condemnation yet condone or turn a blind eye to heterosexual sin. All sexual immorality needs to be addressed- but there are worse stages of sinful activity than others..... pedophilia and bestiality does seem to be a darker problem ..... and to me, it is interesting where Jesus drew the battle lines.

THE BRILLIANCE OF THE APPROACH USED BY JESUS


27 “You have heard that it was said, ‘You shall not commit adultery.’28 But I tell you that anyone who looks at a woman lustfully has already committed adultery with her in his heart- MATTHEW 5

Jesus does not condone sexual immorality. When He speaks of adultery here, He is speaking of all immoral sexual activity. The Apostles understood the importance of this prohibition during the Jerusalem Council and reiterated in Acts 21-

"As for the Gentile believers, they should do what we already told them in a letter: They should abstain from eating food offered to idols, from consuming blood or the meat of strangled animals, and from sexual immorality."


But going back to the Sermon on the Mount.... I believe Jesus is telling us where to fight sexual sin.... and that is IN THE HEART... IN THE MIND- fight it in the imagination and there is a more likely chance you will not act it out.

ALL FORMS OF SEXUAL IMMORALITY IS SIN

God desires us to keep sexual intimacy in one place... a faithful and monogamous enjoyment between husband and wife within the boundary of marriage.

No other system of faith is good in this area... it even has a specific place in the ministry of Jesus....

The scribes and the Pharisees brought a woman who had been caught in adultery, and placing her in the midst they said to him, “Teacher, this woman has been caught in the act of adultery. Now in the Law Moses commanded us to stone such women. So what do you say?” This they said to test him, that they might have some charge to bring against him. Jesus bent down and wrote with his finger on the ground. And as they continued to ask him, he stood up and said to them, “Let him who is without sin among you be the first to throw a stone at her.” And once more he bent down and wrote on the ground. But when they heard it, they went away one by one, beginning with the older ones, and Jesus was left alone with the woman standing before him. Jesus stood up and said to her, “Woman, where are they? Has no one condemned you?” She said, “No one, Lord.” And Jesus said, “Neither do I condemn you; go, and from now on sin no more.” (John 8:3-11 ESV)

This story communicates so much to me!

So often, sexual sin creates the greatest condemnation from others..... and it is often used as a weapon.. to drive the sinner down and lift the self-righteous up... the ultimate compare and compete!

No one knows what Jesus wrote... but he 'bent down' before 'He stood up'- I often think that He got on her level.... identified with those who are cast down in sin.....

He stood up with he famous line,  “Let him who is without sin among you be the first to throw a stone at her.” and He bent down again.......

But it was NOT A LICENSE.... note he says, "Go and sin no more"- Why? Because it does not satisfy... it does nothing but enslave... and to get a better look at this - see what Jesus said to the woman at the well in John 4... she was still thirsty.

Sexual sin... does it leave one thirsty?

Sexually transmitted diseases are worse than ever......
Unplanned pregnancies can wreak havoc on a life....
Sexual sin has been covered up too often with the sin of murder.....Abortion
Unchecked sexual sin becomes dark, and degraded....
The view of women is so sad in this arena....
Sex trafficking is a serious global problem....

And I don't know if you have seen it clearly... children of divorce, especially in the area of marital infidelity, are devastated.....

Please do two things if you read this blog post:

1) If you are guilty of sexual sin... repent and experience the cleansing forgiveness of the Lord Jesus!

2) Purpose in your heart to live a pure life..... yes, it requires a great discipline... but it is worth it.

Let the Master of all masters.. master the thing... that masters you!

What matters is if you try and fail and fail to try again......"

"Lord, please forgive me if I have been judgmental and arrogant toward anyone who is guilty of any sin... I have no right to throw a stone! I pray that we would find our satisfaction in You and be willing to fight temptation and wait on Your allowances in this and any area. Thank you for grace and mercy...but also never let us forget to seek You in times of temptation. May You grant victory in all sin to Your glory and to our well being! In The precious name of Jesus...AMEN"