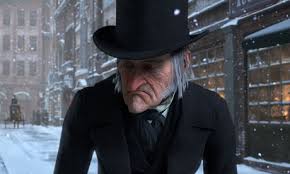 Christmas can be hard. But bad news and times don't have to destroy us!

The Book of Isaiah can be divided into 2 parts. Chapters 1-39 - Conviction and Condemnation while Chapters 40-66 offer Comfort and Reconciliation.

And Isaiah has some very tough reading in it. There are dark passages and some bad news in the Book of Isaiah. But do not rob the Bible by hiding the bad news…. The worse it is, the more glorious is the gospel message. It is the dark night that makes the day so good.

God tells Isaiah bad news and he tells it to a bad man. Isaiah cried out “Woe is me, I have unclean lips and I live among people of unclean lips.” (Ch 6)

This was in comparison to the HOLY HOLY HOLY LORD GOD ALMIGHTY.

The bad news is that we are in trouble. Israel’s history is our history. We have forsaken the true and living God, the eternal loving God, the covenant keeping Lord to follow after other gods that offer nothing but addiction and disappointment.

And because of that, Isaiah speaks of a ruthless DAY OF THE LORD. There are stark images in Isaiah of disciplined enemies who kill for killing sake. God prescribes a horrible judgment to those who repeatedly ignore Him and hurt others and ourselves by spreading the cancer of sin.

The judgment passages are disturbing. Is. 63 has the image of the Son treading on the grapes of wrath- possibly the most disturbing image in all the Bible.

When I was younger, I had a hard time with passages like that. But something changed when I became a father. It is one thing to experience a world of sin yourself..... quite another to see sin ravage your children.

How bad are we?

I stumbled upon a list of sins that ravaged the Northern Kingdom in 2 Kings that finally allowed the dam of God's judgement to break... it is not a pretty picture. Sin is nothing to play with.

And this occurred because the people of Israel had sinned against the LORD their God, who had brought them up out of the land of Egypt from under the hand of Pharaoh king of Egypt, and had feared other gods [8] and walked in the customs of the nations whom the LORD drove out before the people of Israel, and in the customs that the kings of Israel had practiced. [9] And the people of Israel did secretly against the LORD their God things that were not right. They built for themselves high places in all their towns, from watchtower to fortified city. [10] They set up for themselves pillars and Asherim on every high hill and under every green tree, [11] and there they made offerings on all the high places, as the nations did whom the LORD carried away before them. And they did wicked things, provoking the LORD to anger, [12] and they served idols, of which the LORD had said to them, “You shall not do this.” [13] Yet the LORD warned Israel and Judah by every prophet and every seer, saying, “Turn from your evil ways and keep my commandments and my statutes, in accordance with all the Law that I commanded your fathers, and that I sent to you by my servants the prophets.” [14] But they would not listen, but were stubborn, as their fathers had been, who did not believe in the LORD their God. [15] They despised his statutes and his covenant that he made with their fathers and the warnings that he gave them. They went after false idols and became false, and they followed the nations that were around them, concerning whom the LORD had commanded them that they should not do like them. [16] And they abandoned all the commandments of the LORD their God, and made for themselves metal images of two calves; and they made an Asherah and worshiped all the host of heaven and served Baal. [17] And they burned their sons and their daughters as offerings and used divination and omens and sold themselves to do evil in the sight of the LORD, provoking him to anger. [18] Therefore the LORD was very angry with Israel and removed them out of his sight. None was left but the tribe of Judah only. [19] Judah also did not keep the commandments of the LORD their God, but walked in the customs that Israel had introduced. [20] And the LORD rejected all the descendants of Israel and afflicted them and gave them into the hand of plunderers, until he had cast them out of his sight. (2 Kings 17:7-20 ESV)

That lead to Isaiah's call to ministry- He was ordained to actually ‘harden’ the hearts of the people.

Isaiah was given a tough job- look again at what God was calling Him to do:

Then I said, “Here I am! Send me.” [9] And he said, “Go, and say to this people: “‘Keep on hearing, but do not understand; keep on seeing, but do not perceive.’ [10] Make the heart of this people dull, and their ears heavy, and blind their eyes; lest they see with their eyes, and hear with their ears, and understand with their hearts, and turn and be healed.” [11] Then I said, “How long, O Lord?” And he said: “Until cities lie waste without inhabitant, and houses without people, and the land is a desolate waste, [12] and the LORD removes people far away, and the forsaken places are many in the midst of the land. [13] And though a tenth remain in it, it will be burned again, like a terebinth or an oak, whose stump remains when it is felled.” The holy seed is its stump. (Isaiah 6:8-13 ESV)

There is so much here to unpack- part of it is the effect of idolatry. You basically become like the thing you worship. The people had turned to idols.... worthless treasures that can not see or hear or speak- and Isaiah was going to proclaim truth...but the people were going to keep rejecting it.

“Every time you hear the Word of God preached, you come away from that exposure to the truth either a little closer to God or a little further away from Him, either more softened toward God or more hardened toward God…. What you need is more grace. Nothing else can save you from your deadness. Therefore, fear your own hardness of heart more than anything else. Beware of rigidity, ingratitude, a demanding spirit. Beware of an unmelted heart that is never satisfied.”

So for some folks Christmas in not joyful...... Some people will wake up to that terrible, horrible, no good, very bad Christmas day.

Only God's grace can help us avoid that sad reality.

Christmas can be a clue to our heart. Want a heart check? Are you free or weighed down? Are you vibrant toward God or becoming distant from Him?

Ask yourself this one question:

Don't pour water on your Christmas joy by a bunch of 'Bah humbugs'.

Amazing thing about Isaiah... he carried his tough call every day and the joy of his heart still longed after his glorious God.

May we allow grace to melt away our cynical hearts. Laugh and sing, love and give, hope and help this Christmas season. Speak positive words of life!

Please be aware that Christmas day and Judgment Day represent two epochs of time. Christmas is mercy, The Day of the Lord begins with the closing of the door of grace.

Scrooge was changed in a miracle of perspective.... you can do the same. Call out to the Lord today!