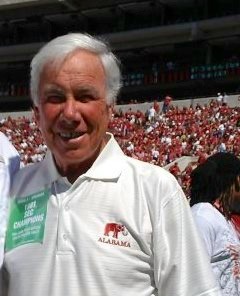 Every Jan. 26, I post a remembrance of Coach Bear Bryant who passed away on Jan. 26, 1983. These posts are on my blog, jayopsis.com, but I also keep them at one site:

I am more than THRILLED to have this year's post from Dr. Gary White. I asked him in early January to consider being a guest contributor, and was SO HAPPY that he chose to submit his tribute.

Dr. Gary White was inducted into the Etowah County Sports Hall of Fame in 2015. Here is the bio from that induction ceremony: