Covid Caught Up To Me 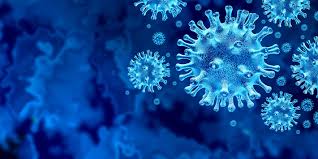 After successfully dodging Covid-19 for many weeks and months, I finally got hit by it.

The purpose of my blog is to share my experiences for posterity sake, so I am sharing my experience knowing that many others have had more tragic and serious situations to which I offer my prayers and support.

On Monday, Oct. 5, I went to be tested for Covid-19 because a family member that I am close to had tested positive. I went in that morning and was given the rapid test. I was given the positive results about 15 minutes after the test.

At the time of my test, I had not experienced any noticeable symptoms. As I was driving home, I was somewhat suspicious of a false positive because I felt fine.

I called my bosses and let them know and entered into a quarantine at home.

About 3 hours after my positive test, I began to notice symptoms. At first, I was convinced that it was psychosomatic and was intrigued about how powerful the influence of that felt.

However, by mid-afternoon, there was no mistake that these were real symptoms and likely the impact of the virus on my body. The first symptom was a loss of smell. This was MOST apparent by my inability to smell Clorox which my wife was using to clean out house (she went into quarantine at the same time with me).

I also registered a borderline fever for the first time and began to notice body aches, especially in my joints. At the time, my neck was the most stiff area.

I made a gargle solution of apple cider vinegar and that is when I noticed that I had no taste as well. I actually drank a small portion of it, and all I could ascertain is that it was liquid.

Between early evening on Monday and Wednesday night, I had waves of fever spikes- the highest was 102.1 and the average was 100.5. But the fever would hit me, spike, and then go away. I also registered normal temps during that time. The longest above average sustained temperature was a period of about 6 hours from Tuesday night through Wednesday AM.

I woke up with a severe headache almost every morning for a period of 5 days.

During the first 3 or 4 days, I did stay on a steady regimen of Tylenol.

My worst symptom became very acute joint pain, especially in both knees. I have arthritis in those knees which does flare up at time. However, beginning on Wednesday morning, my left knee had become an increasingly painful area. I could not walk without a limp and it was throbbing like a toothache.

From Wednesday morning until the following Monday, my left knee tortured me as an unrelenting source of pain. It kept me awake at night and radiated from my left hip all the way to my left foot. The greatest throbbing was along the shin.

I tried a large number of therapies- riding an exercise bike, stretching, ice, isometric exercises, cremes, epsom salt baths, but even arthritis strength Tylenol did not alleviate the pain.

My Dr finally called in an NSAID (Diclofenac) on Monday Oct 13,  that has relieved my pain enough to sleep at night and to go on a few short walks without pain. When the medicine wears off though, the pain returns.

I did want to talk about the restlessness at night and wildly disturbing dreams I had for the first 3 nights of the virus. I felt 'under attack' and it felt like the virus was a weapon... there felt like an intense 'anxiety' accompanied the fever. Almost like an adrenaline was being pumped through my veins and I tossed and turned - never feeling like I was in a deep sleep.

I have had a consistent, unproductive cough for more than a week now. It is inconsistent and on occasion, produces a small amount of phlegm. My sinuses seemed to be more impacted than my lungs, but I don't even think it is a 'symptom' here on day 9.

My energy level seems to be back, but I never felt like it was severely depleted.

I do have an oxygen level measuring device at home and my levels have stayed in the love to mid-90's the entire episode.

The most consistent question I get is: Where do you think you got it from? And there is no way to know. Because the virus spread through my family along differing lines TO me, I think it had to come from an outside the school source- but this is purely anecdotal.

I finally felt well enough on Thursday, Oct. 15, to sit down and write... so my body feels like in full scale recovery. My knee pain will be an ongoing issue that I will continue to work in therapy and consult with my Dr when I am free to be examined.

I have friends who have tested positive without symptoms and some who have been hospitalized, including one who had to go on a ventilator. I have read of others who have lost their life... so this is a serious virus.

Because my experience is only anecdotal and I am not a physician, I don't think it is wise to speak of my general thoughts about prevention and mitigation. I do have concerns about the overall effectiveness of mask wearing, but this is part of the lessons we will all revisit.

I also have concerns that we do not get 100% honest information in a highly partisan environment... and that has been frustrating.

I want to thank everyone who faithfully prayed for us... and am thankful that we seem to be over the worst of it for the time being.

I still have some friends and colleagues who need your prayers!

GM, Jay... thank you for sharing your experience w/ COVID! It is sobering to hear what you went through. Thank God it was of the somewhat mild variety (not intended to make light of your very real/challenging symptoms). We love you & thank God for you! Praise Him for His Divine Decree & for choosing to glorify Himself in & through you in this way. You are a trophy of His grace. Though He slay me, yet will I trust Him! Blessings, Russ