The Two Jack's In My Life- Bear Bryant Memories 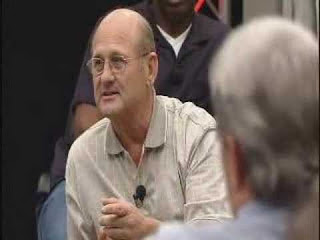 Every year, I write a post in memory of Coach Bryant to honor and remember his passing on Jan. 26. Which today, marks 36 years ago. These memories are found on this blog and a Wordpress site:

Each year, I begin praying in early January about the topic and was really struggling with it this year. Then, on this past Thursday, Coach Jack Rutledge went to be with the Lord at the age of 80.


Immediately, I knew I had to honor the TWO Jack Rutledges in my life and a few texts and a phone conversation with Jeff Rutledge became a huge help as well!

There were TWO significant Jack Rutledges in my life- Jeff’s dad and The ‘Governor’ who was my dorm dad and coach later at Alabama. Both men are in heaven and have a legacy of fruitful ministry from lives well lived.

Jeff Rutledge was a hero to me and now it is special to call him friend. He left big shoes to fill for all Banks High School Qb’s after he finished there and went on the lead Alabama to a National Championship, and a resurgent national prominence. Jeff later had a long and successful NFL career and has been a championship coach at the high school, college, and professional levels.

I watched Jeff as a player and then had the challenge of coaching against him for two seasons in Nashville. When we played him at CPA (he was the coach at MBA), we included the story of Jeff's dad in our football program that night.

In a phone call, Jeff told me something I never knew- Jack’s official name was 'Paul Edward Rutledge', but his grandfather began calling him Jack and Paul’s father wanted that name for his son…but mom wanted Paul. Mom won the legal name, but Jack was what stuck as grandfather used it!

Jeff laughed as he remembered how many people often confused dad Jack Rutledge with Coach Jack Rutledge after Jeff got to Alabama.

I really enjoyed getting Jeff's recollection of both men.

“There’s not a day goes by that I don’t think of my dad. My brothers and my mom say all the time, ‘Dad did this or dad did that’

Of course, Jeff’s dad was a giant significance in my life as well. Jack Rutledge was my very first Sunday School teacher at Ruhama Baptist church when Jeff was the Qb at Alabama. He showed us Sugar Bowl watches, took us to Alabama practices, taught us Bible stories… but MOST IMPORTANTLY, he urged us to give our lives to Jesus in light of the good news of the gospel.

I first got to meet Coach Bryant in Tuscaloosa on a trip with Jack Rutledge. Two things I will never forget: it was the day that Steadman Shealy tore his ACL and getting to meet the Bear.

We were walking up the stairs of the Coliseum after practice and Coach Bryant was walking down. Mr. Rutledge said hello and we all took turns shaking his hand.

When Coach Bryant left, Mr Rutledge whispered…but his face was filled with excitement…

“YOU GUYS JUST GOT TO MEET COACH BRYANT” and he was thrilled!

At a revival, I remember Mr. Rutledge, putting his arm around me and quietly asking me to give my heart to Jesus. I tensed up and was unwilling… little did I know that those faithful seeds were going to root in time….

I would not be a Christian today were it not for the ministry of Jeff's dad. Mr. Rutledge made it clear that a being a Christ follower did not mean 'weakness' or 'being a sissy'. Jeff himself was a great role model for that.

And even though I said NO at the revival that day, years later I found Mr. Rutledge and let him know that I gave my heart to Jesus. And he was as thrilled with that news as he had been the day we met the Bear.

I asked Jeff to give me a few Coach Bryant quotes for this blog post:

I love the one about making right choices:

"It takes more of a man or woman to walk away from a fight than it does to stand there and fight! "

I also remember him telling me to “Be Brave”.


As I have written over and over again, I was a walk-on QB on Coach Bryant’s last team in the Fall of 1982. It was a magical and special experience that lives with me almost every day.

Dr. Gary White and Coach Jack Rutledge were two men in particular who kept me going… I was as lost as they come in where to go and what to do. But both of those men made sure I was taken care of!

Coach Rutledge was a GREAT coach. He was a specialist on punt protection and I wish I had a copy of the progression he used to teach it. I could elaborate further on that and how the ‘Punt Bama Punt 17-16 game’ influenced Coach Rutledge and that Alabama went ten years before another punt was ever blocked.


He was a master motivator as well.

At the beginning of that year it was Jack Rutledge who told us about Coach Bryant in his tower.

He was a beloved Coach. He was the JV “Head Coach” that season.

Our 1st JV game, we hadn’t gotten much work on the wishbone, So Coach Rutledge just smiled and we ran the Georgia Tech offense we had been doing all week as scouts. The offensive coordinator was 'Famous Amos' Jones and I remember Rich Wingo and Murray Legg coached the defense.

But almost everyone remembers him mostly as the dorm director of Bryant Hall- he was ‘The Governor’ and he ran that dorm with a master skill and ministry!

“His son, Timmy, and I went at it in ping pong games! We had some ping pong wars in Bryant Hall.”

"Keith Pugh and I were roommates right above Coach Rutledge’s apartment and Marty Lyons was across the hall. Coach Rutledge was frequently waiting on us at night and making sure we were in on time and doing right.”

“My freshman year, I was having a terrible time getting snaps. Coach Rutledge would take me down to the study hall rooms at night and make me take snaps with Dwight Stephenson.”

“I just remember him as always being so positive and excited.”


I had the exact same impression as well.

Coach Rutledge came and ate breakfast with me one morning in Bryant Hall. He gave me the same speech that he had given may others.

“Jay, Coach Bryant has a lot of friends in law enforcement. He has connections with Tuscaloosa police, County Sheriff’s, FBI, and Private I’s. Every now and then, he will call up one of those guys and ask them to check up on you guys. If they ever report to Coach Bryant that you are going to the wrong places or hanging with the wrong people, you will probably not be invited back next year.”

He is smiling at me the whole time he is talking… but it worked. I was deathly afraid of ever being caught loafing at practice or going to wrong places at night.

Thank you Lord, for the two Jack’s in my life. And I will be praying for Coach Rutledges family this week. Especially, for his wife, Norma- his sons, Tim and David, and other extended family.

Thanks Jeff for helping me write this and it needs to be a part of remembering Coach Bryant.

“For we know that if the earthly tent we live in is destroyed, we have a building from God, an eternal house in heaven, not built by human hands.” 2 Corinthians 5:1