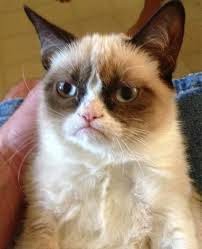 Some people are more bothered about it than others. But as sure as the sun comes up in the east, no one really questions that Mr. Smats hated cats.

It becomes more tangible when you see his tombstone. The infamous mausoleum projects an eerie gloom on the horizon of the  town. It is almost a rhythmic reminder, every time you pass that way. The sheer number of repetitions beat on our brains over time the melody of unrivaled truth...Mr. Smats Hated Cats.

However, a dead man feels no wrath or indignation.

The objects of the venom of reprisal are his two sons. Their last name is  forever forced into the rhyme..."Smats" and "Cats".

Sam and Will Smats have consciously and unconsciously done all they could to escape the mantra.

Sam Smats had climbed a tree to rescue a frightened kitty only to have fallen and broken his leg so severely that he walked with a limp. It is so peculiar that you can identify Sam Smats from as far a distance as his dad's eternal resting place.

Will Smats keeps cats in his home. But NO ONE buys it. If you REALLY LOOK HARD enough you can find the sure enough evidence. Will Smats' cats are not cared for. Often people comment on the 'ragged fur', 'hungry eyes', 'timidity', and poor health of any poor cat in the care of Will Smats.

And then the very worst fears became true when the newspaper printed an accusation  that Will Smats had buried a cat in his backyard. The pressure on City Hall to investigate was immense and an investigator was dispatched to collect information on the abuse. Sure enough, the man had done it! And Will Smats was given the largest fine in town history for burying a pet in a backyard without a permit.

So- Sam Smats limps and Will Smats pleads his innocence to deaf ears and angry hearts.

"Yes, our dad hated cats.... but we reject such a horrible view. Will someone please stand up for us?"

I thought about it for many days. I talked to a friend over coffee...

"What if Sam were trying to help that kitten?"

He looked at me in disbelief. "You are kidding me..right? Didn't you hear what the people said about his features? He was angry. He was going to kill that cat. Thank the Lord, that he fell out of that tree before harming him!"

I tried again... "But we weren't there! What if he wasn't mad? What if the cat was just scared of heights?"

My friend interrupted again in a huff! 'So why was Sam climbing that tree? Why go to all that trouble if he didn't just HATE that poor creature!"

"What if he was so sad about how his dad treated cats, that he wanted to go out of his way to help one?"

He glanced at me with a suspicious eye as he sipped again on his brew.

One day I did find someone who agreed with me.

As I slowly approached the subject, I felt his support rather energizing!

He had the biggest smile I had ever seen as he stated it rather confidently, "Yes, yes, yes! Mr. Smats hated cats - but Sam and Will Smats love cats!"

We laughed together and talked again in whispers.

'Crazy!, I wonder why don't people see that?"

"Maybe it will just take time!"

But that concerns me... I don't think time is going to help us. I had heard it on the playground just yesterday.. 'Sam Smats hates cats' by a little girl jumping rope. A little boy echoed it in baseball practice  "I swing my bat like Will Smats does at my cat."

I looked at my new friend... "Will you come to the coffee shop and talk to my friends? Maybe they will listen to us together?"

A block down the road, the coffee always smells so good and fresh!

We sit down and lay out the best argument we can..... 'Mr. Smats hated cats. Will and Sam do not'.

We do almost all the talking and they just drink coffee.

My newfound friend shakes the hand of my old friends and walks out. I am confident that we have made some progress for truth and goodness.

But I now see two suspicious eyes over the coffee cup!

"What! Do you not believe us!"

"Ha! You fool!" He smirks. "You have been deceived by no other than Mark SMATS... and a nephew hates cats as much as a son."