My Tribute to Terry Warren 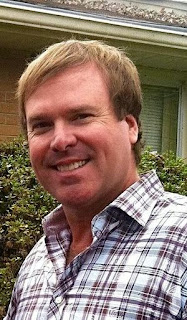 Preparing to give this tribute was one of the hardest things I have ever had to do. The more you love someone the harder it is to lose them- I will have a deep void in my heart for a long time!

Driving to Nashville on that Thursday was so bittersweet- I am so thankful that Julie and Lisa were able to go with me.... I don't think I could have done it alone.

It was my first drive in Leipers Fork since I left Nashville- it was a beautiful day and it is such a beautiful country!

And then the memories of hugging people that I have such great memories and love for! Ron Smith, Lemanski Hall, Chris Sanders, and Steve Lenger all brought tears to my eyes as I hugged them! The Olins and Bob Starnes were so sweet to me... Ricky Harrison... and of course the Warren family.

And you want to know how cool God is? Chad Mize, one of my former Briarwood students, was the pastor of the ceremony!

Oh My! What a ceremony it was! Len Russell stole away my heart- OH THE MEMORIES! I wish I could relate all of them!

And Coach David Martin, former Goodpasture coach.... what a great man... his warm tears as we said goodbye... I will never forget... heaven will be VERY special!

Here is what I wrote... I may not have said it all word for word:

"It is with a heavy heart and cry for God’s grace in this moment that I attempt to share an amazing brotherhood that I had the privilege to share with Terry for a very special but way too short 10 years.

I had never heard of Terry until he applied for a teaching and coaching position at CPA in 2005. When you read his resume for the first time, your first thought is ‘there’s no way all of this can be true”- Florida State, Dallas Cowboys, recording artist…. but it didn’t take long on any general google search to find plenty of documentation.

Then I met him. And what stood out to me and what deepened our friendship was the fact that he cared so little for any of those accolades. He would tell you about them..but it was never to brag, they were a part of his story but they did not define him.

What Terry cared about were God, Graham, Chel and his family and his friends. In our years together in Nashville and our times we talked over the phone after I moved back home, that was always the dominant theme of our conversations.

And everything.. and I mean everything was always under the context of his faith in Christ. A faith rooted in the good news that it was the atoning sacrifice of Christ on the cross that was our only hope of finding eternal life. Terry preached it, he sang it, and he lived it.

For a period of about three years, Terry and I were friends and neighbors. My 3 girls called him, Uncle Terry and we always loved our times together.

I got to know Terry very well in a short time.  I count 2005-2010 as a beautiful time in my life and coaching football was a large part of that and Terry Warren was a big part of that.  In 2006 we went 10-3 before losing to the state runner up in the 3rd round. But what the stats and records will never show is the amazing coaching bond that we had that year. The love and laughter that we had in our coaches office that year has never been equaled in my coaching experience. God gave us a spiritual bond that season: Ryan McSwain, Steve Lenger, Danny Keck, Mike Wall, Chris Sanders, Lemanski Hall,Tom Moore, and Terry Warren. I also need to thank Ron Smith and Ernie Conwell for their contribution to our staff and program. To me it was a golden experience. When we laughed, we laughed hard; when we prayed, we prayed hard, when we coached, we coached hard, and when we wept, we wept hard.

If I may, I want to tell you two traits that were personified in Terry Warren: Terry was a warrior and Terry was an artist. Rarely will you ever find those characteristics in one man!

Make no mistake, when it came to football work- Terry was a warrior. It was the only way he knew how to play the game. I watched highlights of his playing days. It was old school football. Toe to toe and man to man- as a defensive end or outside linebacker, every snap is a warrior’s test of manhood.

I happened on a book right after I met Terry and it fascinated me. It was a book by Max Hastings simply called “Warriors”. In the book, Hasting’s chronicles the history of some of the greatest warriors in history and the difficulty they had in finding a place in civilian life.  I distinctly remember reading the following quote and immediately thinking of Terry.

I wrote the following in a blog post in 2008 with Terry fully in mind- and based on the recent news about Jim Harbaugh and his defense of football, shows that these tensions still exist and will exist:

The harder we fight for our faith and families, the more we will face misunderstanding and even persecution. If you are a good fighter, be careful, because there are a lot of people who do not like that ‘warrior spirit’. If you are a man's man and have grown up fighting for what you get- look out- this culture will not accept you with great comfort. It doesn’t keep us from fighting for the truth, but it does prepare us for misunderstanding in the midst of this fallen world.

In the summer of 2007, Terry and I would travel and speak at a few out of town churches. He would sing and I would preach. I would teach out of God’s Word and the audience was always polite. Then I would take a seat on the platform and watch the reaction of people when this huge, warrior man would hit the high notes of the Les Miserable song ‘Bring Him Home’ full of passion for his Lord and watch man after man start wiping away the tears.

Living in Nashville for 7 years and teaching literature for almost 15, you slowly begin to understand that artists experience the world with an uncommon perception.  I have a theory that on the inside they know artistic perfection, and life on the outside is their heroic attempt to present it. Those of us who watch their performances are mesmerized by the beauty and we are elevated by the experience. Yet, I think all artists have a mighty struggle in that, their best attempts on the outside always fall short of the perfection on the inside that they want to express.

That my friends is where we all must continually come back to the gospel message. Though our best attempts fall short, God’s grace points to  Jesus  for our full justification under the standard of God’s perfection.

So the warrior quote I just read can be tweaked and you say the same thing about artists:

“Every artistic expression, in order to prevail in the performance, needs a certain number of people capable of courage, perception, and talent beyond the norm.”

So think about what I have just presented:

Terry Warren- warrior- artist “ABOVE THE NORM” “Above the norm”

My phone rang Monday morning, it was Randy Howell. You may not recognize Randy’s name, but he was the 2014 Bassmaster Classic champion, the superbowl of bass fishing.

Randy heard the news before I did and he called me immediately. He was truly broken by the news.

Randy had been a part of Terry’s TBN program. I had met Randy in Birmingham, and knew that his testimony would help proclaim the gospel to that worldwide TV audience.

Randy drove to Nashville..never hearing  or knowing anything about Terry.

I knew Terry was special in our 10 years together as friends- but that also was too short a span.

To his family, you know how special he was… and your lives are richer for it.
And we  eagerly look forward to continuing with Terry, in God’s timing, he has gone ahead and will not return to us- but by God’s loving grace we will go be with him… for all eternity.
For God did not send his Son into the world to condemn the world, but in order that the world might be saved through him.  (John 3:17 ESV)"

And then I drove home.. exhausted.. and praying for God's grace to carry me through an important session meeting at 6:30 Am the next morning!

The next two days, I listened to Terry sing to me.. oh the joy and sorrow!

I came home Friday- right after my morning meeting- and all alone just cried it all out to Jesus! Angry, lonely, hurting.... crying out for Graham and Chel and Kelly and family... crying out for the ceremony in Tallahassee... but mostly... missing my friend!

If you have never done so.. please listen to him sing... it will fill your heart with God!

Below is an example: "My Tribute" by Terry Warren