A Tribute to Christian Artists

Sometimes I wonder in awe of how God put people and circumstances in my life during the formative part of my Christian experience. I was brought to Christ in an amazing time... discipleship was the buzz word in publishing, Dan Dehaan was teaching on "Knowing God", and I was led into the relatively unknown world of Christian music.

Yet, I have to say that it was the great music that went soul deep and helped me to focus on God throughout the day as my heart leapt to catchy tunes and deep emotions. No doubt that musical critics will find fault and even call 'cheesy' some of the songs that I listened to. I guess that was the saddest part of my Nashville experience was the  'music snobbery' where I rarely heard someone compliment the music of another. One friend finally admitted to it, "Yeah, I guess we hear every missed note".

My high school girlfriend thought I was weird and at times would laugh at me about the cassettes that played through my Audiovox equalizer. Even my dad was worried about the strange music I listened to!

My years in Nashville from 2004 to 2010 was an amazing time to meet some of these musical heroes to me- Glenn Garrett, David Meece, Steven Curtis Chapman, Steve Camp, Amy Grant, John Elefante, Michael W. Smith and Terry Warren all put a warm human face and even some friendships to an amazing time in my life.

So if I can, please let me say 'Thank-you' to the music that sunk deep in my soul and made my walk with Jesus sweeter!

I'm going to go in alphabetical order... and I'm sorry, I know I will leave some out!

2nd Chapter of Acts- I saw them in concert and when Matthew Ward sang "It's All Right" I was blown away!

Bob Bennett- never met Bob, but his song 'Man of the Tombs' is one of my all time favorites!

Steve Camp- I had the pleasure of meeting Steve a few times... his songs were powerful. "Looks like the boy's in trouble again" was a gospel revelation! Many many great lyrics- 'Ambassador in Chains' is one amazing song! But good grief- they are all good!

Michael Card- blown away by his lyrics! "Love Crucified Arose" was incredible- but his album on the crucifixion "Known by the Scars" is pure worship!

Steven Curtis Chapman- the man and his family are the real deal! I had both boys in Bible class and who has ever had Steven Curtis play at a football banquet? But he did it for me! And he dedicated a song for coach! I was blown away! His song "Beauty Will Rise" is he most inspirational song I have ever listened to- the story of that song is beyond words!

Bob Dylan- "Saved"- I still don't know wha to make of Bob's experience..but I will tell you this- his songs are the ones that just pop in my mind every so often. Sometimes in the shower I will sing out- "If you find it in your heart, can I be forgiven? I guess I owe you some kind of apology- I've escaped death so many times- that I know I'm only living- by your saving grace that is over me"

John Elefante- I almost give him more credit as a producer of music..groups like Petra in his world famous 'Sound Kitchen' studios. I was also blown away to have John dedicate one of his live Kansas songs to me in concert at Brentwood Country Club one night- but his heart and solo music is awesome!

Glenn Garrett- How can I pick one Glenn Garrett song? But it was the song 'Born Again' that brought the two of us into a God moment in the CPA gym in 2005. Glenn sang "Born Again' in my Sunday School class in Nashville and I cried as he was singing it. "Prophet Among Them" is powerful- but I loved all of his songs!

Amy Grant- Every time I saw Amy Grant in Nashville I felt like I was in the presence of royalty! Her "Sing Your Praise to the Lord" , especially the intro, was worn out on my cassette player. I bought everything she ever sang. But her rendition of Rich Mullins "Nothing Beyond You" is one of the greatest songs ever in my opinion- I listen to it ALL the time!

Keith Green- My goodness- how can you not include this guy? He broke my righteousness everyday! "Jesus rose from the dead- and you can't get out of the bed!" The man who did the documentary on Keith Green- Daren Thomas- is a great brother in the Lord!

Imperials/Russ Taff-  The album "Very Best of the Imperials" was gold to me. Russ Taff was amazing. The story of the group spans 50 years!

Dallas Holm- a high school friend of mine Greg Landers played and sang "Rise Again"on an old piano about a month before he died in a construction accident! Two songs of Dallas will never leave me "Rise Again" and "I Saw the Lord"- I heard him sing both in Nashville. He is the real deal!

Mylon LeFevre- in some ways, this guy may be the originator of Christian rock along with Phil Keaggy. Mylon hits my heart so deeply with "Stranger to Danger"- "More (of Jesus)" and "The Warrior"- but he has some great uptempo as well! The man is still on fire for the Lord!

David Meece- David is another guy whose songs just stuck with me. "Are You Ready"and "We were the Reason" were great favorites. His wife , Debbie, is a terrific piano teacher and we loved saying hello to her after each lesson and at recitals.

Matt Papa- I only know of 1 of his songs- but I saw him sing it in 2012 in Decatur- "Open Hands"- what an amazing song! He gave a passionate performance and the students loved it.

Sandy Patti- Oh My!  She sang "They Could Not" at my request at a Twilight concert in the late 80's. "We Shall Behold Him" is chilling!

Leon Patillo- His album "I'll Never Stop Loving You" has to be my favorite of all time. I sing "John 3:17" all the time- even 30 years later! Leon was fun!

Petra- The song "Judas Kiss" with the clever back-masking at the beginning was a cool song! But with the "Coloring Song' and "More Power to You" showed that these guys were talented!

Michael W. Smith- his kids came through my Nashville school just before I got there, but I did get to visit with him a few times- amazing man- amazing talent- amazing songs. His song "Blessed Is He Who Comes in the Name of the Lord" lit up Bryant Hall in Tuscaloosa for 2 years! His worship music spread to the globe!

Randy Stonehill- I follow him on Facebook. He faithfully sings for the lord all over the place! I LOVED 'Shut De Door"

Steve Taylor- I don't know why he is listed except his album "Meltdown" was an obsession for a long time- and somehow "I only drink milk from a Christian cow' is a constant quote!

Pat Terry- I loved Pat Terry! He is hard to find on the web.  I bet he had 10 songs that just went deep with me! I remember Mike Dolinger playing the beginning of the "Humanity Gangsters" and I was mesmerized. I heard Pat perform his Travis Trill #1 country hit "Help Me Hold On" at the Sold Rock in Hoover in front of about 10 people- but I could list 15 songs of the Pat Terry group that I loved! I often think of 'Round and round".

Terry Warren: A voice that pierces you in such a deep way. My friend was already gone when I wrote this- so sad he missed it!

Darlene Zschech- Her song "Call Upon His Name" may be my favorite of all time- the piano notes go deep and ministered to me in a time where I desperately needed it!

Go to "You Tube" or "Spotify" and be blessed by these guys! They mean eternal fruit for me!
THANK-YOU!

One last shout out! David McDonald and Kevin Erwin played a deep cut for me in the 80's by sharing a Kerry Livgren album, "Whiskey Seed"- it may be the most evangelical album ever produced because Livgren reached out to so many! 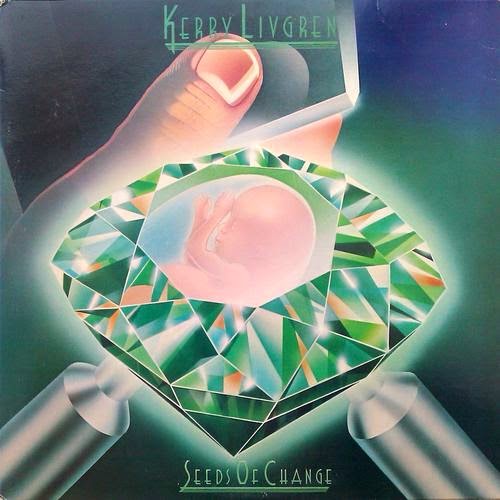 Lord- thank you for these eternal tunes in my heart!