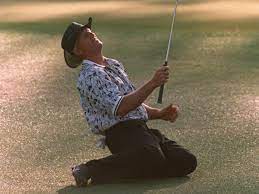 Whenever you take on a topic and begin to read, pray, and think about it- it begins to shape you and can even overwhelm you in the shadows as you spend an inordinate amount of time on it.  At least that is my disposition.

It can drive my wife crazy. Even after all of these years, she will still interrupt the chaos going on inside my head with a simple quip....'You're so quiet". And she knows... I think it is her rescue plan to pull me out of that internal state and help me escape the mental thought experiments that I perform over and over. That is the common experience of a 'highly functioning introvert' as my children label it.

This topic has truly fascinated me because I see it so tangibly. I have never seen so many young people weighed down with anxiety. It even seems to effect how they interact in the hallways. I see more pain on the faces, less eye contact, more weariness. Not on them all.... but more who visibly wear the mask of stone. An emotionless face to me feels more like the scar of a hurting heart.

There is a lot of laugher and loud greeting as well- and I know that sometimes those are also coverings.

I have to be careful here- our dispositions can be projected onto things that are opposite and neutral. In the novel, The Scarlet Letter, Hester Prynne hears the babbling brook singing a song of sorrow while the little Pearl expresses to her mom that the brook is telling her about joy.

Back in 2017, I stumbled onto something that has been an important tool that has helped me immensely. I wrote about it in a somewhat clumsy post entitled The Lord of Anxiety

It was one of the first things I read when I wanted to spend some time blogging about coaching and mental health.

And this is where I want to start as I re-visit this topic 5 years later, with more reading, prayer, and experience to better focus the idea.

This is the best and most simple way to explain it.

The quickest recovery for any anxiety is to not waste time trying to escape it. The best and quickest way to find some semblance of victory is to embrace it. Embrace the moment as a planned moment with a greater purpose than the moment itself.

To be clear- anxiety will remain, losses will still hurt, but there is a lot of unnecessary energy and wasted time as we utilize impotent self defense mechanisms to avoid these moments... and if I may be bold enough to express them as 'opportunities'.

As far as a Biblical foundation for this, there is no more better example than the growth of Jacob. He fled, hid, escaped, pushed his family in front... trying to avoid the confrontation with Esau. Got jumped in the night and wrestled... but the wrestling energy changed.

My guess is that in the early hours, Jacob tried to flee this attacker in sheer panic... but as dawn was breaking, the attacker was asking to be 'let go'.

And Jacob was left alone. And a man wrestled with him until the breaking of the day. [25] When the man saw that he did not prevail against Jacob, he touched his hip socket, and Jacob’s hip was put out of joint as he wrestled with him. [26] Then he said, “Let me go, for the day has broken.” But Jacob said, “I will not let you go unless you bless me.” [27] And he said to him, “What is your name?” And he said, “Jacob.” [28] Then he said, “Your name shall no longer be called Jacob, but Israel, for you have striven with God and with men, and have prevailed.” (Genesis 32:24–28 ESV)

Embracing the situation... pushing through... and then there is a discovery. There is a PURPOSE for the struggle. In a sense, it is "anti-Sisyphis" who rolled the rock with no purpose but to press with defiance. And though I have often admired the rugged resistance, it can't be found in Scripture.

Therefore, since we are surrounded by so great a cloud of witnesses, let us also lay aside every weight, and sin which clings so closely, and let us run with endurance the race that is set before us, [2] looking to Jesus, the founder and perfecter of our faith, who for the joy that was set before him endured the cross, despising the shame, and is seated at the right hand of the throne of God. (Hebrews 12:1–2 ESV)

I was watching the new ESPN 30for30 broadcast called Shark which spends a lot of time analyzing Greg Norman and the uncanny losses he endured in his career. So uncanny, that some use to call him 'snake bit' as dramatic hole outs from bunkers or the famous Larry Mize chip in from way off the green on #11 in the playoff that instantly robbed him of glory.

The show culminates in one of the most nauseating moments in major championship history as Norman 'choked away' a seemingly unsurmountable lead on the final round at Augusta in 1996. I remember watching that train wreck... what a tragic moment.

There is a great quote at the beginning of that broadcast -

“The tragedy of man is not that he loses, the tragedy is that he almost wins”.
And almost any competitor will attest to the reality that we would rather get beat by 35 than lose by 1 in those championship moments.
Then the 30for30 takes an interesting twist. The dramatic painful loss actually became noteworthy and even 'inspiring' because of the grace that Norman showed in defeat. Even to the point that he can revisit Augusta and watch the replay of the event with perspective.
This isn't a gimmick. It still hurts that Greg Norman doesn't eat at the champions dinner or has a green jacket. Jacob still limped.... Jesus kept His scars after the resurrection... but the acute pain doesn't become chronic... it ebbs into a deep eddy of acceptance.
And for a believer in Christ... the eddy is actually a balm of peace. Yes, it was painful, but I fully embrace that there must be purpose. And I'm ok, still alive and blessed.
Back in 2012, I stumbled through this concept again in this post: A Beautiful Letdown
It boils down to taking time or possible allowing time to develop perspective.
So how do we make it DURING the process? That is a great question and this is where I am going to spend some time analyzing the tools available to get us moment by moment, day by day when we are overwhelmed by thoughts, anxiety, sleeplessness, depression, despair.... if we can keep pressing INTO the moment, use the tools to help us survive the moment, then we do gain freedom in the perspective that there is a purpose in the pain... even if we don't see it.
I also need to quickly suggest the best book I read on the subject during this time of reading a reflecting.
"Finding Quiet" by J.P. Moreland is a real treasure and I found it be sympathetic and therapeutic on this subject.
More coming......
Posted by Jayopsis at 5/04/2022 01:01:00 PM