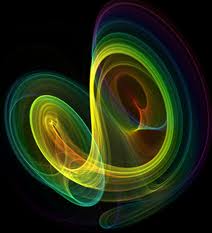 This blog is fading into antiquity. I'm OK with that. I'm slowly fading as well (though I hope it goes real slow LOL). It is not without meaning or purpose. The purpose of why I write is always multifaceted- it is primarily a way to remember and record my thoughts for my children (and now grandchildren) to see parts of my heart and mind.

I go back at times to see what I wrote and try to recall why I wrote it. And I laugh at some of the things... even regret some things. My blog started in Dec. 2004. Both the world and I have changed since then. But it is important to me to remember.

The way we live now includes less and less reading and remembering. We tend to now get things through images and media in this current state of life. The ease of information in this medium is understandable but limited. I worry that the less we read, the less we are actually developing a way to think and formulate the ability to truly understand. I am as guilty as anyone in this.

It is good to read. And in reading, find a flow of comprehension that follows logical patterns and we also develop a vocabulary that latches on to layers and layers of nuance and even contradiction.

In my early years, when I was reading literary criticism and theological discourse, I discovered an interest for complexity. Literary critics especially quickly denounced 'flat' characters. The best writers were able to stretch protagonists and foils into intricacies that made fiction seem to resonate with reality. A 'well rounded' character causes us to better understand ourselves.

And this is my greatest regret in current society. We have regressed and too quickly dismiss ideas or people to the terrible and dangerous trash heap: labels and stereotypes. Today, even real people are now 'flat'. The flatter they are, the easier it is to dismiss and discard them.

We now refer to people by short soundbites.... theses short 'quips' not only describe but they also contain a tone of judgement in the declaration.

This rash arena is as current as recent proclamations about Jon Gruden, and as old as prevailing attitudes regarding President Andrew Jackson. I will comment on the embattled former Raiders coach later, but the genesis of this post is about 'Old Hickory'.

I have been reading the excellent biography on Jackson by Jon Meacham entitled "American Lion".

I take a break from time to time and watch YouTube videos about Jackson and the content of the videos are typical for our times. Very few take the time to admit the inconsistency and ironies of the man. In the first 30 seconds of a 4 or 5 minute video, the judgement of the publisher is clearly evident.

Few are willing to take the time or even to reserve final judgement on him. That is why I am always thankful to find honest wrestling.... such as the early biographer, James Parton wrote regarding Andrew Jackson:

"Andrew Jackson, I am given to understand, was a patriot and a traitor. He was one of the greatest of generals, and wholly ignorant of the art of war. A writer brilliant, elegant, eloquent, and without being able to compose a correct sentence, or spell words of four syllables. The first of statesmen, he never devised, he never framed a measure. He was the most candid of men, and was capable of the profoundest dissimulation. A most law-defying, law-obeying citizen. A stickler for discipline, he never hesitated to disobey his superior. A democratic aristocrat. An urbane savage. An atrocious saint."

Would a modern day writer be permitted to wrestle and write in such a way these days without an avalanche of criticism or even 'cancellation'?

The tone of American discourse today is cold and frightening. Almost any newsworthy event has to be covered immediately and quickly wrapped in a category of final verdict and sentencing.

Why is it darker and colder? Why are people afraid? Why do we shoot first and then survey the landscape? When did words become as dangerous as actions?

My concern is that the further we drift from the gospel, a message of love and forgiveness, a promise of restoration.... the closer we get to calamity.

No one is righteous here... including me. I can hastily post a tweet or press send on an email, without taking time to even pause and pay homage to a long departed virtue we used to call 'the benefit of the doubt'.

Before Jon Meacham wrote 370 pages on Jackson, he studied, and pondered, and interviewed. The book I have has 110 pages of notes and sources attached to it. So I am thrilled to read and ponder the man that Jackson was. And before long, it becomes clear that Andrew Jackson was above all else, a man. And like all men capable of the curious case of the incomprehensible dichotomy of sin and glorious image of God found soul deep within the same person.

Inexcusable for him or anyone.

A side note.... I'm not happy with the rapid decline of language in our midst. For some reason, it seems to plague my profession as much as anyone. Any episode of Hard Knocks has almost every coach with R++ rated language throughout. It is so common that it seems to be meaningless habit. We need to be willing to hold the line and correct here.... if we eliminated profuse cursing and profanity, I believe the air of life would perpetuate more healing and  the world would seem less heavy.

And unfortunately, I have to include music lyrics in this. You know where I am going with this.... some get a pass and some get stones thrown at them.

Back to Jackson and Gruden.

There seems to be a sort of 'hit job' here. Gruden was terrible and in his terribleness, carelessness, and impropriety... he did something you never want to do... he gave ammunition to an enemy.

Do you want to know why it happens so fast? The stone throwers have to distant themselves from the atrocity as fast as possible before the stones head their way as well.

So it leaks. Condemnation and cancellation follow, because very few are willing to side with the brokenness and fallibility of men. Even fewer willing to point out the time that has passed. And fewer still to question why only these few emails appear in what was reported as over 650,000.

As for me, I'm not picking up the stone. I can say something is a sin and feel quite ok that I didn't require blood vengeance. I can seek to promote a society of peace, justice, righteousness and reconciliation without added atrocities and payback.

I'm leaving that up to the supernatural and miraculous acts of the Creator who is revealed also as a forgiving Father. He is our only hope. He is John Gruden's only hope. It is a tangible ands realistic hope.

Want proof? I take Jesus at His word: "For the Son of Man did not come into the world to condemn the world, but that the world might be saved through Him." Look it up for yourself in John 3.

The picture at the top of this post is what I want to close with. It accompanies many articles regarding a concept called "Chaos Theory". The world we live in is a result of perfection spoiled with the stain of sin. I haven't helped... my sin has spilled and spoilt it as well.

But the key of the 'chaos theory' is that it is still governed by principles that can be explained through physics and mathematics. There are still boundaries and so called 'natural attractors' of these unintended results from random actions.

Jesus knew this theory as well:

Nothing is covered up that will not be revealed, or hidden that will not be known. [3] Therefore whatever you have said in the dark shall be heard in the light, and what you have whispered in private rooms shall be proclaimed on the housetops. (Luke 12:2–3 ESV)

The good news though, is that the chaos is still governed under comprehensive control.

There is no darkness that can't be expelled by light. No wrong that can't be overcome by good. And no sin that can't be covered by the expensive blood of the Great, Once and For All. Atoner.

Is there evidence in my life that I know Him? Sometimes I worry about that. But then there are times that someone gives me a rock with every right to throw it with passion! I am given a bullet for my righteous gun!

And if I choose to not chunk it, when I lay down my weapons.... there is hope that maybe I understand it a little bit.

I hope he finds the path of Christ, I hope you do, I hope America does.... for the sake of my new granddaughter. I can't wait to tell her about Jesus. Let's pray and hold on to that hope!

I'm not writing much these days due to football and unrelenting AD requirements... but I do owe an Andrew Jackson series when time allows.