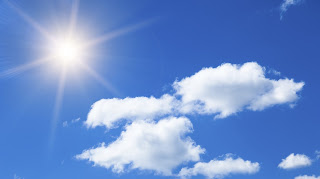 As we approach Daylight Savings Time (CDT) this weekend, I am so thankful to welcome more sun back into my life. I often joke that my bald head must be a solar panel, because I run out of energy quickly if I spend too much time in cloudy, dark, or rainey gloom.

I love the Sun… and I am also mesmerized by it.


The Psalmist captures some of my meditation here…..

When I consider your heavens,    the work of your fingers,the moon and the stars,    which you have set in place,4 what is mankind that you are mindful of them,    human beings that you care for them? (Psalm 8:3-4)


The Sun also produces the phenomenon of light, equally mind boggling, having properties as a particle and a wave.

Here are some amazing Sun facts…..

So, let’s ponder this for a little bit…..

The naturalist/materialist would say this stuff is just here…… no plan, no purpose, no creator……

My world view says the opposite - A great Designer has the intellect and power to create a grand design.

There is a plan and purpose for the Sun… but eventually the grand-narrative is that it proclaims the majesty of God.

There are scientific facts about the sun, but those facts say very little about the inspiration of the sun as it sets or as it rises. It has such innate glory that men have actually worshipped the sun as SOL but the Scriptures warn us and direct us to not stop at the Sun… see the larger One.. the actual SON Himself.

The Preeminence of Christ
He (Jesus) is the image of the invisible God, the firstborn of all creation. [16] For by him all things were created, in heaven and on earth, visible and invisible, whether thrones or dominions or rulers or authorities—all things were created through him and for him. [17] And he is before all things, and in him all things hold together. [18] And he is the head of the body, the church. He is the beginning, the firstborn from the dead, that in everything he might be preeminent. [19] For in him all the fullness of God was pleased to dwell, [20] and through him to reconcile to himself all things, whether on earth or in heaven, making peace by the blood of his cross. (Col. 1:15-20 ESV)


So, when I am enjoying more daylight to do the things I love to do… I need to stop and gaze at the glorious sunset.. And consider the Sun and then consider the Son.