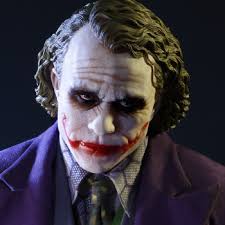 I was getting a first hand account of a 'debate' between a few students recently that paralleled much of the dysfunction regarding the uncivil discourse taking place within our culture.

As a few began to push back at the other, there was finally an eruption that accused the contrary opinions of others as... 'persecution'.

The inability to discuss differing views without shout downs or melt downs is more than concerning.

Christians take the brunt of a lot of this. There is a lot of pent up anger from segments of society who rage against any facsimile of a Religious Institution, especially a Christian one.

I heard it once said that there are a lot of atheists who are extremely mad at God for not being there. And pity the fool who actually does believe that He is there and that He cares.

It would be equally foolish to not acknowledge that there have been horrible things done to people under the guise of religion. I believe hell burns especially hot for those evil doers. "It would be better a millstone...".

But what I am concerned about is the tragic loss of words and truth when it comes to wrestling with ideas and opinion. And if we lay on the ground and shriek at uncomfortable information, how dare we believe we could win in the face of an invading enemy? How about just surviving a tough day or week?

Is there a reason for this shrieking snowflake syndrome?

I think it relates immediately to rancid fruit of postmodernity. As one loses the notion of outside, objective true truth, then all relative 'truth' becomes very personal. So personal, that to admit wrong puts that confession in a vein of identity annihilation. It not only means that the idea is worthless, it is perceived to mean that you are worthless.

If I could plead with anyone (not just millennials) it would be to take some time to consider some world view, paradigm shifts and also, consider the impact that attitude has on people and movements.

I have a quote in my Bible attributed to Calvin: "God limits our knowledge that we may be kept humble and that we may have to deal with our fellows."

I think there are a couple of important thoughts here., and I have written on these before.

All human beings must accept that we ALL suffer from biased pre-suppositions.


This means that ALL of us need to have a healthy skepticism that we may be wrong. The Bible supports this.


This allows me to make very honest statements... I am a Christian, it means I have a particular world-view. Yes, God has conditioned me toward this belief and I am called to proclaim a message of truth. This truth claim sounds very exclusive, as all truth claims do.

Study me closely, and you will see my failures. The Bible is honest about that. A failure to fall short of the Holy standards of God is not hypocrisy. The hypocrite lies about his report card.

But I also say, don't give up on the message because of the follower, put Jesus Himself under your microscope. Reject Him on His terms, don't reject Him because of my failure.

Do you see the subtle but IMPORTANT distinction? The Christian points to objective truth OUTSIDE the person. In fact, there is a very important distinction that always must be made between God and man. The Creator is distinct and separate from Creation. Yes, He interacts and channels creation according to His providence.

Christians (and in a sense, all monotheists)  only believe in one miracle.. the existence of a loving and powerful Creator, a spirit with personality and eternal immutability.

The existence and longing for law, love, liberty, logic, language is explained simply by, it came from the Creator.

Those who reject these beliefs, do so in a lot of pride and security in their own ability to comprehend the un-comprehendible.

Now, these people are conditioned as well. The skeptics I encounter in todays world are very well trained in their reasons for rejection. But for every person who rejects the story of the gospel, they fail to realize that they have the same questions to answer and are also responsible for the implications of their choices.

I will be the first to admit that I seem boorish, prideful, mean spirited to stand on this truth in today's world. It should not be that upsetting, there will never be a day where gospel believing Christians will be forcing conversions on people- though that may be a real sin in ages past.

I admit the sin of wanting to win an argument to the detriment of winning a soul too many times. I admit hurting people when my desire was to help them. I don't give enough cups of water in the name of Jesus. I shrink away too often from sharing the message of life and hope.

But if SPEAKING words like repentance, sin, salvation, forgiveness, and truth are 'persecutions'- then we all are in trouble.

Words seems so cheap to me in today's world. We throw charges around like  'racist', 'homophobe', 'misogynist', 'anti-semitic' so easily that I believe the words have been watered down in meaning. That is sad to me, because there are those kind of evil people out there and need to answer for those sins.

This is a tough one to articulate. Regardless of your worldview, no one benefits from a negative, bitter, or poisonous attitude. Some groups hurt any chance of their movement being persuasive because they have chosen hate and destruction as their calling card.

MLK understood this as well as anyone. I was speaking to a pastor in South Africa a few weeks ago and he spoke in the same respectful and admiring position regarding Nelson Mandela.

Choosing peace, forgiveness, and hope instead of hatred and violence not only saves the world.... it actually saves the person themselves. Jesus' admonition to forgive isn't as concerned with the perpetrator of the sin, it is to protect the victim from wallowing in bitterness and darkness.

Forgiveness means patience... forbearance... but the fruit is beautiful.

The saddest part of what is going on is how the media always perpetuates the darkest side of these issues.... "if it bleeds... it leads"

That is why I have created a self proclaimed "Global Whatever is Worthy Day" annually on April 8.

Global Whatever is Worthy Day

I am going to ask all my social media friends to help me promote this campaign-April is still a long ways off- but aren't we all tired of the nothing but negative news? Share a victory on that day! Encourage a brother! Forgive! Dwell on what is good. It can make a difference.....

Ask the Father... the One who has proven His love... to embrace you, forgive you, restore you, and set you on a path of righteousness.

You will fall off the way often... but His love endures forever!