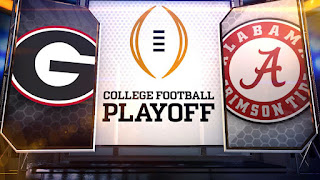 Here we are just a few days away from the national championship game in Atlanta.

As I have blogged on now for many blessed memories in the past, I am a thankful and spoiled Alabama fan.

There is so much analysis and noise around this game.... so I decided to delve into areas that others haven't mentioned:

Part of my research this week has been my concerns that between Kirby Smart's knowledge of Saban's defense and Jim Chaney's (UGA OC) experience with Alabama might create some scheme issues.... but Jim Chaney has nor fared well as a play caller vs a Nick Saban team.

In saying this- I see the scheme's being even- I don't see anything changing that. MAYBE a cute wrinkle or trick play- but those don't normally win a game.

This will be a game of execution, injury, field position, and turnover differences.

Hmmm- hard to believe the over/under is currently 44.6

I know this sounds crazy, but a high scoring game means Alabama is moving the ball and that would not favor UGA.

A low scoring game favors UGA based on what I believe is a Georgia field goal kicking advantage.

An interesting storyline to me is that I believe this will be the Jalen Hurt's delivers game for Alabama.

I have written on this before, but the feeling people have about Jalen Hurts is eerily similar to complaints regarding Jay Barker. Winning isn't flashy enough.....

But in 1994 Jay Barker and the Crimson Tide hosted Georgia and Eric Zeir.

Here is the recap of that shining moment.....


Jay Barker threw for a career-high 396 yards and Michael Proctor kicked a 32-yard field goal with 1:12 remaining to give No. 11 Alabama a 29-28 victory over Georgia, ruining a record-breaking night for Bulldog quarterback Eric Zeier on Saturday at Tuscaloosa, Ala.
Zeier became the yardage leader in Southeastern Conference history, throwing for 263 yards and four touchdowns to give him 9,327 yards in his career. That eclipsed the career record of 9,287 set by Florida's Shane Matthews from 1989-92.
But, as has happened so many times to Zeier, who finished 25 of 33, his individual achievements were overshadowed as Georgia, 3-2 overall and 2-2 in the SEC, lost an important game that would have kept the Bulldogs in contention for the conference title they haven't won since 1982.
Alabama (5-0, 3-0) came into the game with the worst passing offense in the SEC, but Barker, as he has done often in his career, rose to the occasion. He completed 26 of 34 for 396 yards which is the second-best passing game in school history, to Scott Hunter's 484-yard performance against Auburn in 1969.
Don't be shocked if Jalen Hurt's has rushing and passing career best yards.....

I'm not sure if this needs to be better explained in a separate blog post... but Nick Saban has stirred up the hate card for this team... it may be that he saw that as an effective button for this team.

And no doubt the disrespected, chip on the shoulder, contra-mundum approach works... revenge is a jet fuel... but it burns fast and dries up quickly.

The problem? If a team believes they win because they are 'stoked to win' then emotion becomes a necessary ingredient to belief... but emotion is a fickle state... fake emotion doesn't last.... and even real emotion doesn't always produce the same effect.... it is like a drug... you need more and more to elicit the same high.

I don't like teams that HAVE to have emotion to win. They tend to be UP AND DOWN... I have always preached INTENSITY trumps emotion... let emotion come and go...let it come from actual plays in the game... but win with intensity...even if the mood is fickle.

Both Georgia and Alabama could feel like they are not playing well because they don't FEEL as hyped as the OT felt for Georgia or the ANGER felt for the TIDE.

And believe it or not- you can be over-hyped and play poorly or burn unnecessary energy...

AND  you can get beat by a hyped team if you don't match their intensity... if you want a case study of that look at Auburn vs Alabama when the game is at Jordan Hare- Auburn has always been a very emotional team...when they are on, they play like super men... but again- when they are off, the flatness is palpable.

I am a tad surprised that Saban hasn't tempered that .... but I do trust him as a master motivator.

Beware a fast start by either team.... sometimes championship games can become a 1st round knock-out. It would be the NCAA's worst nightmare... but just like superbowls, a team can get a bam- bam- bam and it is over before it begins.

BOTH TEAMS have that kind of potential.

As I play it position by position...

Each team is built to stop the style of each team- Oklahoma will be so sorry they did not get here... I think OU beats Alabama in this game.

But this is Alabama vs Alabama..... but Kirby hasn't quite loaded up the difference maker at every position and in the end... that will be the only difference.

Think of it as a typical East/West SEC game on steroids. Low scoring early- little excitement except for maybe plays in the kicking game... close at the half

Then Alabama makes the second half  surge and it ends up being a less dynamic game than everyone hoped for.

As with any of my predictions, I would not bet my house or even 10 bucks... 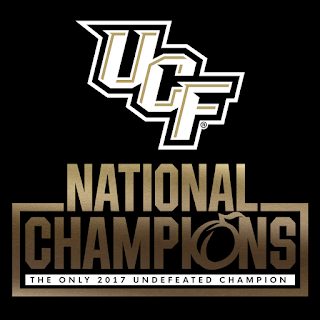