Too Easy to Believe: The Impossible Promise 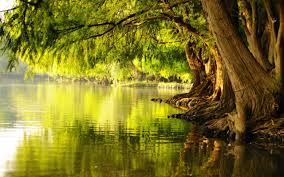 1 Blessed is the man who walks not in the counsel of the wicked, nor stands in the way of sinners, nor sits in the seat of scoffers; 2 but his delight is in the law of the LORD, and on his law he meditates day and night. 3 He is like a tree planted by streams of water that yields its fruit in its season, and its leaf does not wither. In all that he does, he prospers. 4 The wicked are not so, but are like chaff that the wind drives away. 5 Therefore the wicked will not stand in the judgment, nor sinners in the congregation of the righteous; 6 for the LORD knows the way of the righteous, but the way of the wicked will perish.


What motivates us? That is a great question, one worth asking quite frequently, because motivations can change.


I have always been grateful that the Bible approves the human motivation of reward.


God, as Creator, understands the most effective mechanisms where we are incentivized toward certain attitudes and behaviors. He also understands the proper application of corrective measures as well.


This beautiful and powerful Psalm contains both reward and warning.


Verse 1 stands on its own in an effective use of a reward by NOT doing certain things. It is an unusual structure that uses the Hebrew technique of parallelism in triple triad:


And the base idea is BLESSED is the man who walks not- stands not- and sits not.


On the surface, gaining a reward by NOT doing something should be easy.


Think of it like this… imagine a coach promising an Olympic gold medal by the things the athlete should NOT do. This is a poor analogy of the idea, but it is like saying ‘You will win the gold if you don’t drink soft drinks, don’t binge watch Netflix, and don’t eat stuff crust pizza.”


Who wouldn’t want that promise?


But it is a much harder request than one might think. Remember the last promise like this? “Freely you may eat of any of the trees of the garden, except this one, the tree of the knowledge of good and evil. For the day you eat of it, you shall surely die.”


That should have been the surest,easiest request that a person could ever get. “Eat banana’s, grapes, pineapples, anything you want, as much as you want, any time you want to… just stay away from this one tree. If you eat from this one among ALL the others, you will surely die.”


But see… in the prohibition is the possibility… even the probability… that the choice will not go very well.


I find it interesting that God told this to Adam very clearly, but Adam MUST have gotten it wrong in the translation… because he ADDED to it… He must have told Eve, not only do not eat… don’t even touch it… at least that is what Eve told the tempter.


So here is a simple promise from the Lord….


Want to be blessed? “Walk not in the counsel of the wicked”- sure, you can hear it…. you can watch it… just do NOT WALK in the advice of those whose heart is opposite of God’s heart.


“Stand NOT in the way of sinners.” Hmmm , seems a little out of order to me. Seems like you would stand, walk, and sit. But standing here, is a more settled disposition. The Bible talks about STANDING FIRM. And the antithesis here is that after a while, when you walk for a while, a pattern develops… a habit begins to form, a lifestyle begins to grow.


“Sit NOT in the seat of scoffers”- The pattern AND the people have hardened. Sitting is the idea of judgement. And isn’t that what a scoffer does ALL day long? He passes along his cynical, critical, dream killing pronouncements in mocking tones of humiliation.


But, just like the garden of Eden, our predisposition is to not believe God… not trust Him. Is it possible that our unwillingness to simply believe what God promises and what He says is the ultimate, cosmic  F.O.M.O. (Fear of missing out)?


Yet, I find person after person, over and over, those who are just like me. Enticed by the counsel of the world, in community with those who love to be their own judge of right and wrong, and marginalizing anyone who might try it differently.


But there is a positive aspect to this blessing- and it too seems too easy to really believe. It isn’t a big checklist of moral commands. Instead it is an upward, spiral staircase. The Blessed man DELIGHTS in the law of God and he meditates on it day and night. He loves God’s law, meditates on God’s law, which leads to more delight, which leads to more meditation. And that’s it……not a list of giving up the 17 things I like to do, to start doing the 54 things that bore me to death. No, the Blessed man lives in a continual feast of delight.

Buy the way, it is an anti pattern to what we saw before…. The upward pattern of delight takes the man AWAY from the downward spiral that begins with the enticement of the counsel of the wicked.

What if we tried it? Turned off cable...shut down screens... carved out time to just find the delight of every morsel found in every jot and tittle of God's sweet and Holy law.

The results could not be more different...

What is a blessed man?

He is like a tree planted by streams of water that yields its fruit in its season, and its leaf does not wither. In all that he does, he prospers.

And the cursed man?

The wicked are not so, but are like chaff that the wind drives away.

Which one do you and I want to be?

Does it seem too easy to believe?

Then why am I not doing it?