A Fishing Adventure and A Lifetime of Memories 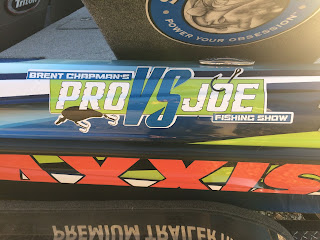 You never know when opportunities will come your way........

Early last fall, the owner of a private lake we help manage outside of Troy, AL asked us to come help host some MLF pros and sponsors. We took a few guys from our team and had an amazing two days of watching, spending time with, and fishing with some of the world's best fishermen.

At the end of that trip, we got to meet Brent Chapman and he talked to us about his TV show, Pro vs. Joe. As we looked at the calendar, it looked like a trip to Lake Caroline would work very nicely between his tournament at Cherokee Lake and the next event at Lake Okeechobee.

One of our seniors, Jack Flemming, put in a video challenge and Brent accepted. One thing I will tell you about Brent- he was very committed to making sure the process of his show is fair and square. He is a man of HIGH integrity.. which is probably the most important quality a professional fisherman must possess.

I took Jack and his partner, Grayson Morris, to Lake Caroline where we helped in the filming of his Pro vs Joe program.

I will save most of what happened for the show itself, but I did want to relate my chance to fish against Brent in an episode. 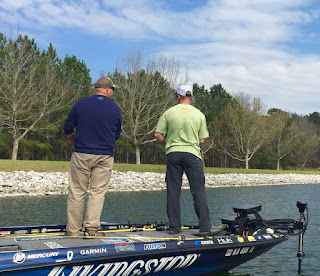 After pre-show instructions and interviews, Brent and I started the competition. The way it works is 1st fish, big fish, and most fish.

The conditions were mixed- it was pre-spawn- as pre-spawn as a lake can be before the spawn. All along the banks, the beds were under construction... but not fully occupied. But the temps were rising, a decent wind was blowing, and there were enough clouds to give us a chance for a great show.

Brent started off throwing a jerkbait and I wanted to try and sneak a 1st bite. I threw out a small finesse set-up on my spinning rod and got a bite on my 1st cast. I had the fish on and had him on the way back to the boat. About 2 feet out, the fish shook free as Brent hooked his 1st fish. I ALMOST got that 1st fish, but Brent was up early and ready to put the beat down on me.

I was in trouble at that point. He had a hot jerkbait and my technique was too light and too slow to keep up his pace. At that point I was fishing a jerkbait with him and all I could think about was Barry Wilson telling our team ... "if you are ever a co-angler, don't fish the same bait as the pro or you won't get a bite".

Brent quickly caught 6 fish to my nil and I began wondering if I was ever going to land one.

I had been in this same predicament on the very same bank before when I was with one of my BCS guys. The Lake Caroline fish can be picky, and Brent's jerkbait was just enough different and his presentation was MUCH better.

So Brent, in a move of great mercy and grace decided to give me his jerkbait. And finally I landed my first fish- it was a huge pressure reliever!

But no sooner did I begin to catch when Brent landed, and I netted, a 4.5 lb beauty! 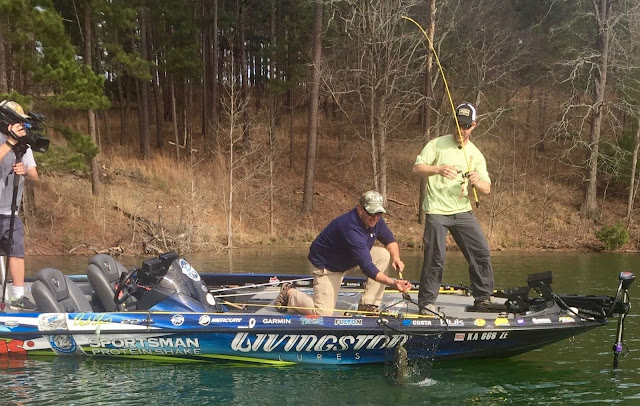 I will have to wait and see how the edited version come out, but I did land 7 or 8 keepers and a few more that did not measure.

Now, the most interesting part of the week was when I took Brent's son, Mason, out on day 1.

He hooked a 12.6 lb MONSTER! I couldn't find the net, so I just picked him up out of the water.

How about this one?! 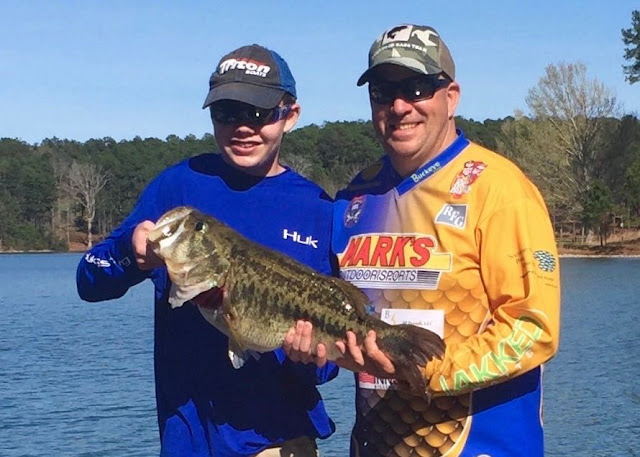 Finally, the chance we had to hang out with Brent, his family and Aaron Martens was incredible.

It will be an adventure I will never forget! 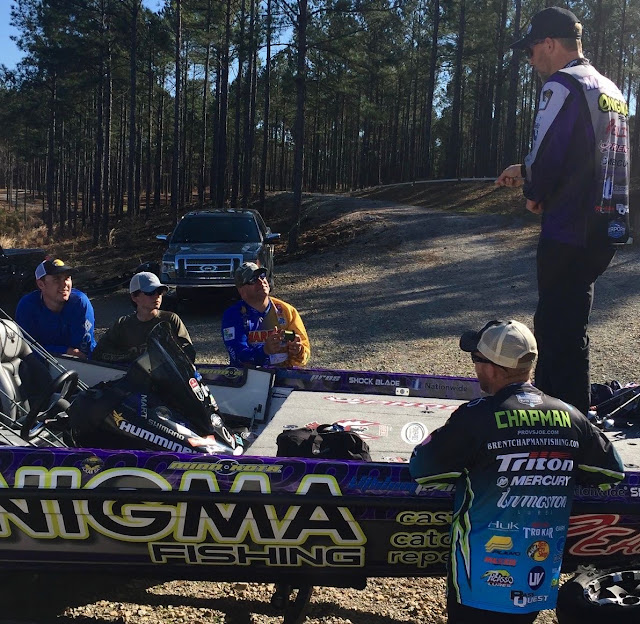 Who would have ever believed when we started our fishing team just 4 years ago, that this would become such a highlight of stories and fun!

Here is a link to the show: