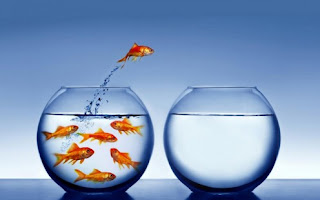 This post is a result of many recent conversations where I keep hearing the same thing over and over. This observation has been shared by parents, teachers, administrators, coaches, and those involved in teaching fine arts.

Our young people are under duress unlike anything these mentors have seen before. There is a quiet fear that is robbing middle school and high school students from ever grasping life and squeezing out all the marrow. There is an unhealthy pressure that could likely produce depression and feelings of regret when they look back on their waste of youth. It is a fear that has always existed but is either greater in intensity than when we were teens, or the students themselves are weaker to stand to the pressure, or (likely) a combination of both.

Of course we naturally think of teens and 'peer pressure' and this is a type of peer pressure- but sometimes this term is too generic and mis-understood. We ALL live under peer pressure. Most psychology textbooks will spell out a life truth that human beings begin longing for peer approval OVER parental approval around the age of 14. Being accepted by your peers is more important than any other circle of influence in your life.

I'm still that way in a sense. It is one thing for my wife and children to tell me I am a good football coach- it is even better for my players and parents to believe I am a good coach- but I receive my greatest professional endorsement when my fellow coaches tell me I am a good coach. There have been times when an opposing coach has mentioned how hard it is to get ready to play my teams, or publicly say that I am a skilled coach- and that has always been extremely satisfying.

But this is different in kind or degree to what I am trying to write about.

For the last 10 years I have noticed a trend where there is a growing fear of Jr and Sr High students to stand out from the crowd. They do not want to stand out negatively OR positively. They want to be a part of the masses with very little individual attention in public.

I'm not saying that they mind private conversations that edify or criticize- but single a kid out in front of their peers and the most common response is sheer discomfort and anxiety.

This has always existed. I remember a friend of mine who purposely bombed a test in 4th grade because he was told he was going to be put in 'the nerd class' if he did well (that's what he called it). But my friend never worried about being a stand out in other ways.

What I am trying to describe is a common, systematic, and tangible anxiety where students avoid any position, honor, or activity where they may be singled out by an adult and extolled for virtue or behavior.

I have seen it growing in athletics. When I started coaching QB's 22 years ago- EVERY young athlete wanted to be the QB. When we had camp and kids chose their positions, often the QB line started as the largest and we had to whittle the position down and encourage them to try other positions.

It is almost the opposite now. Most of the time, there is only 1 QB per grade and some grades you have to ask a kid to try the position. Another coaching friend of mine is a baseball coach and he said he noticed the same thing happening to pitchers.

Our theory is that there is too much of the 'spotlight anxiety' over those positions. When you are on the mound- the game is literally in your hands- and more and more kids do NOT want to be in that predicament.

Where are the kids who want to take the last shot to win the game? They are becoming a rare commodity.

And that statement is a key piece of evidence about the reason for 'spotlight anxiety'.

My working theory is that our students are finding their peer group as treacherous as any we have seen, partly because sarcasm/taunting is now a form of entertainment and partly because kids are more vulnerable/fragile to it.

This a multi-faceted and difficult issue- but I want to explore many of the variables that come into play within this dynamic environment.

Crude humor and the put-down has ALWAYS existed. But it wasn't the only avenue for entertainment and humor. A lot of the humor I enjoyed as a young person had some healthy dimensions- especially 'witty' word play and the quick comeback.
And OF COURSE- there was always the taboo joke telling about any uncomfortable subject. But there was also interjections of irony and tame chuckles as well.

Saturday Night Live is actually a great study of the subtle change that satire has undergone. There is an obvious DEGREE of difference between Chevy Chase overdoing the stumbling Gerald Ford and Tina Fey's more personal barbs against Sarah Palin.

Our youth culture is saturated with attack humor- it is really the only type of humor they respond to outside the bawdy bedroom or bathroom references. Even the seemingly innocuous Disney Channel sitcoms lead with having a laugh at the expense of someone else.

The average teen in today's culture lives in real fear of becoming the target of such humor.

THE RISE OF SOCIAL MEDIA

The fuel regarding the veracity of personal attacks is supercharged by the brashness, pervasiveness, and ease of anonymity in social media.

I have to be honest- though I participate fully in social media- I don't think my adult experience fully apprehends the dominating impact insta-gram, twitter, snap chat, facebook, and vining has on this generation.

Cyber-bullying has been documented to be a major contributing factor in many recent bully-cides.

This is a difficult issue to articulate- but the gradual erosion of a consensus of values and truth has contributed to a mass confusion of what value virtue has, what value life has, and leads to dark/sinister/empty thought processes in the life of many youth.

I have seen this change as a football coach over the last 22 years. Fifteen years ago, most of my players articulated goals around team objectives (winning region/state titles- winning games) but there has been a clear shift in the mind of today's athletes. Their ultimate goal? To sign an athletic scholarship. To showcase my talent.

When ultimate goals have a self focus- young people will give up when they don't see their skill set as being the dominant one. They define success as self adulation and have little to lean on in tough times. I sweated and hurt because I did not want to let my team mate down. There is less motivation to endure when it is up to you to declare worth based of merely utilitarian concepts.

Our society has reacted in such drastic measures to any perceived danger, that most of our young people never experience risk or pressure. There was a benefit to jumping off a diving board or climbing a rope to the ceiling.

Instead, we have created the bubble existence. No dirt, no danger, no boo boos- and our young people are more fragile than any I have ever seen.

The affluence and leisure has resulted in soft bones, little muscle, and rare feats of fortitude.

An Oak Tree grows strong in the storms of life- potted plants cannot survive even a day without water.


THE GOOD PRESSURE AND A ROUTE OUT

Fortunately, ALL IS NOT LOST. There are still pockets of promise and places that stand out like an  oasis in the desert.

Though we still feel the impact of general societal ills- the community of traditional gospel directed families, schools, and churches produce leaders and well adjusted young people for the most part.

When the Biblical world-view is taught, modeled, and lovingly defended- it creates a much better pressure, a healthy motivation to persevere and succeed.

I have seen this first hand. I have experienced the joy of seeing students discover the freedom when they reject the emptiness of this world and learn to enjoy life as God directs them. I have had the privilege of experiencing this as a parent, teacher, coach, and administrator.

We have more good examples that we are led to believe- it is just not as interesting as the bad examples.

A LONELY AND DIFFICULT PATH TO FREEDOM

The biggest problem is that so few folks understand that kind of freedom- that it is often misunderstood and ridiculed.

But, we have to be honest. If you have a son or daughter who sells out to living with passion, fight, unselfishness, energy, and vocal leadership- you need to pray hard and coach them hard.. they are likely choosing a very lonely path. It is our mistake, if we do not honestly address these realities.

I had a girl in my office in the last few years who was in tears. She was being harassed for being a good student. This wasn't the jeer of 'teacher's pet' complaints that we recognize- this was a coordinated and continuous complaint that this girl was "such a sell out". She had few friends who ever invited her anywhere and and others who made up lies about things she said.

I worked hard to re-orient her perception to love, forgive, and find girls who had the same heart desires. hough it was not easy, she handled it well and FORTUNATELY there were those like minded people there.

If we want to see this so-called generation-i make it- there has to be bold leadership and godly mentoring/discipleship to keep teaching the Judeo-Christian worldview. We have to be honest with the influence of privatization, consumerism, secularism, and hedonism that is increasing in our culture.

We have to combat the constant message from culture with interesting and timely applications of God's truth in Scripture and boldly defend the Christian gospel and Biblical virtues. We must be willing to fight... in love.. and stand firmly on those principles that hold us together.

Do not give into the culture war- keep lifting Christ up and He will draw all men to Himself.

It will not be easy- G.K. Beale said that ''worldliness is what ANY culture does to make sin seem normal and righteousness seem strange."

If our students step out for Christ- it means they are stepping into a harsh spotlight and we have to be ready to support them in the fray.