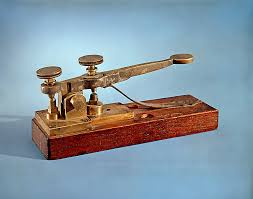 Genesis is Beginnings, and 'Origin' is a more accurate term.

I love origin stories..... any reading or video series that tells me how things came to be captures my attention. These stories often pull together distant details and end up in the fabric of a grand narrative that deepens our understanding on where we are and possibly where we are headed.

And these aren't always 'happy tales'.... some origin stories are dark and are unknown. Time covers tragedy and though we may know the surface story, we have no inkling of past shame. Humans are really good at forgetting.... and we sometimes purposely forget as a type of cover-up. Deep shadows in the past, regrets that press with force and  tension like the fault lines of broken continents, that tremor and strain below the crust.

God had Moses write about this. Because this is the question that always demands an answer. The question of evil is a fishhook that cuts to the very marrow of existence. Indeed, the very understanding of sin and consequences is real .... we all know the dark very well. What we demand to know is 'whence did it come from'?

On May 24, 1844 Samuel Morse was being carefully watched by members of congress as he was set to send the very first commercial message by the single wire mass communication that he had so cleverly invented.  The message was going to be sent by a series of taps and pings that was going to be transcribed by a partner in a Baltimore train station 40 miles to the north.

It was a very short sentence, a process that is an ultra-cosmic distance from what we know today in a world of texts and tweets that travel the globe in seconds (actually they travel to space and back in seconds).

The irony is what Morse sent.... the message also from the hand of Moses. A quote lifted straight from Numbers 23:23.  Morse's assistant, Alfred Vail transcribed the short 'telegraph onto a piece of paper':  “What hath God wrought?”

And now we know a lot more about what was brought about.... the 'genesis' of mass communication technologies... on first glance a neutral tool that transmits information, but also admittedly has been used for evil and destruction.... as well as for healing and good.

Most parents first response to mass communication is negative, and for good reason. We do evil too easily, we know evil too well.... it takes work to keep it wholesome and positive.

That is what we tend to focus on as we read Genesis - the seeds of sin and rebellion that will rip apart Paradise.

We all know the account (though few read it carefully)... In Genesis 2:15 God puts man in the garden to 'work and to keep it' and He does it with a privilege and a command:

And the LORD God commanded the man, saying, “You may surely eat of every tree of the garden, [17] but of the tree of the knowledge of good and evil you shall not eat, for in the day that you eat of it you shall surely die.” (Genesis 2:16–17 ESV)

Who knows how many trees were given in the privilege.... man was permitted FREELY to enjoy hundreds? Thousands? Tens of thousands? “What hath God wrought?”

Herein lies the greatest distinction of the creature and Creator. In this first 'prohibition', the framework was laid for not only the possibility of evil, but actually the probability of it.

God knew the type of being He had made.

And there is something else here.... He already knew of the rebellion of a powerful, created being. He already had experienced 1/3 of His creation shake their fists and follow a leader into direct confrontation. Such a mystery.... freedom and sovereignty.

I read liberal and conservative textual commentaries and criticism. As a reader, I have to admit there seems to be on the surface differing creation accounts... perspectives... timelines.

I have spent time pondering the possibilities.... and each possibility has a resulting consequence. Our choice is exactly what Adam had to understand. We are free to choose, but not free to choose the results of our choosing.

Every time I whittle the creation account down to symbol, I unleash human propensity of speculation and manipulation.

God is telling me something very complex is a very simple way. And in my rebellious nature, I miss the forest for the trees.

As we move from Genesis 2:15 to the first gospel promise in Genesis 3:15.... we are left without a good many details.... and as a reader, I have to accept the storyteller's motive and purpose.

Moses was never afraid to ask God hard things. Moses saw God in a way that no other man ever would again. Moses got real with God and both communicated real feelings, including anger and discouragement.

But we get a clue to things going wrong.... and one important clue was that Adam had added to the Lord's prohibition.

When the crafty serpent floated the question... "Did God actually say?"

She had already gotten it wrong....

And the woman said to the serpent, “We may (missing 'surely') eat of  (missing 'every') the fruit of the trees in the garden, [3] but God said, ‘You shall not eat of the fruit of the tree that is in the midst of the garden (missing the name - 'tree of knowledge of good and evil'), neither shall you touch it (added something God did not say), lest you die (missing 'you shall SURELY die')’” (Genesis 3:2–3 ESV)

And we know the sin and consequences... the pain and the shame. Innocence gone and paradise lost.

Human propensity, not trusting, a lack of gratitude, the nature of temptation, and the subtle slide to destruction and death.

And in just a few short paragraphs, we have all of human misery and the full impact of the curse. The origin of why our nature is full of sin and shame.

But as we shudder at the reading and understand these terms too well.... what do we miss?

We miss God's grace... all the way through each tragic event.

God's Grace to Adam and Eve

Even in the consequences required by God's holiness- His grace shines, and I miss it ALL the time.

In the curses, there is grace:

The very first one is the promise of the gospel in Genesis 3:15

But there are MANY more:
The Lord God clothes them
He protects them from the Tree of Life- I believe this keeps them from being forever stranded in their condition
Blesses them with children
Allows worship and maintains contact

This is the one that took me by surprise recently.... look how the Lord tried to counsel and how he protected Cain in spite of his horrendous sin...

What do we make of this?

I still think we make the Bible out to be the story of man and sin.... but we still miss that this is actually the glory of GOD. His love and long suffering, His goodness and sacrifice.

And His consistent call is to leave the forsaken things and fall on Him. His arms are open still.

[4] They (The Scoffers) will say, “Where is the promise of his coming? For ever since the fathers fell asleep, all things are continuing as they were from the beginning of creation.” [5] For they deliberately overlook this fact, that the heavens existed long ago, and the earth was formed out of water and through water by the word of God, [6] and that by means of these the world that then existed was deluged with water and perished. [7] But by the same word the heavens and earth that now exist are stored up for fire, being kept until the day of judgment and destruction of the ungodly.

[8] But do not overlook this one fact, beloved, that with the Lord one day is as a thousand years, and a thousand years as one day. [9] The Lord is not slow to fulfill his promise as some count slowness, but is patient toward you, not wishing that any should perish, but that all should reach repentance. [10] But the day of the Lord will come like a thief, and then the heavens will pass away with a roar, and the heavenly bodies will be burned up and dissolved, and the earth and the works that are done on it will be exposed. (2 Peter 3:4–10 ESV)

Lord, depart from me, I am a sinful man..... “What hath God wrought?”
More grace and love than we can comprehend.