Early Obstacles and Issues in Genesis 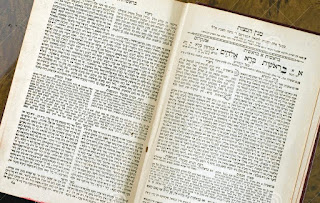 I got to where I couldn't read it at night, because I would lay awake until late haunted by the prophetic words Dr. Machen used in warning us about the sad consequences if the Orthodox faith slipped in our midst.


I am writing about Genesis in the aftermath of a theological war regarding the origin of the Pentateuch (the 5 Books that start the Old Testament that reference Moses as the author).

Is it factual history? Symbolic? Fiction?


As I read it, it comes across as narrative.Each section has a special verb tense (wayyiqtol) that in Hebrew serves as the order and structure of narrative sections. Genesis isn’t poetic or preachy. It doesn’t present any main character as a superhero. The things these characters struggle with are the same in my day, They are the same in Shakespearean tragedies, and stir the heart in any generation.

Nothing in archeology DISPROVES the stories here. There is always room for the skeptic to reject the accounts. But we still have people who refuse to believe that men went to the moon. For some, it is easier to hold to conspiracy theories of aliens, Elvis, and Sept. 11 than it is to believe that all mankind descended from a common DNA and all living things were created already according to various kinds.

As we read, our world view overlaps with the original writer in a shared human experience. That is a miraculous experience in and of itself. I am reading a man who had a different language and experience. He lived thousands of years ago, completely on the other side of the world. But he and I are involved together with understanding of narrative, genre, communication skills, and common feelings, attitudes, and emotions.

I have great disagreements with others on the meaning of these texts… but in the end, Christians only believe in ONE big miracle… the existence of the God of the Bible. If you take Him according to His Word, then everything else isn’t really a problem. Once you reject Him, you also must trust in a story of many, many more unlikely miracles.
Posted by Jayopsis at 2/04/2020 07:45:00 AM