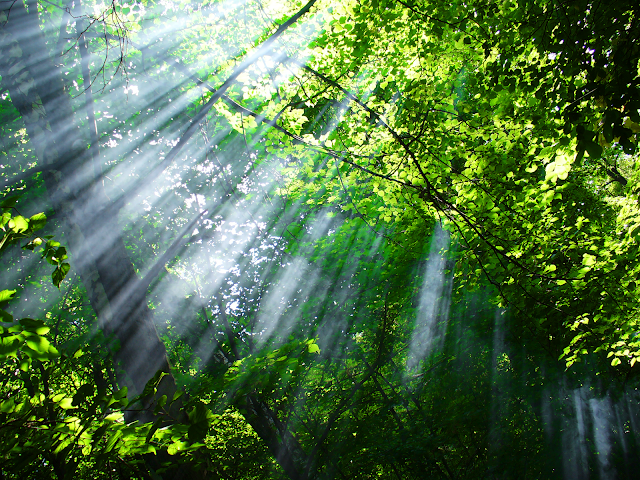 Hebrews 11:1 Now faith is confidence in what we hope for and assurance about what we do not see.2 This is what the ancients were commended for.

3 By faith we understand that the universe was formed at God’s command, so that what is seen was not made out of what was visible.

6 And without faith it is impossible to please God, because anyone who comes to him must believe that he exists and that he rewards those who earnestly seek him.

You are considering the 'story' you have been told your whole life. All around you is evidence that this story has a long history with humans. So you ask me to tell you why I believe it is no mere myth.

'Let's assume for the sake of the argument that the Creator does exist. He not only created all of the natural world- but He also supernaturally revealed, watched over, protected his written communication to mankind. This narrative is the creation, fall, redemption, and ultimate consummation of all things. The story is pieced together in a variety of ways- Nature itself is a piece- The history of Israel and their Sacred writings are a piece- The life, death, and resurrection of Jesus Christ is the apex of the story- The God-breathed writings of eye-witnesses are another important part- sealed with martyrs blood. According to John Calvin- knowing yourself is a piece of this mystery- the shared deep inner life and complex outer life of human beings throughout history.

I want to mention another important part of this tale. There is such a vast difference between the Creator and the creature that He must reveal Himself in an accommodating way. Our first mistake is that we think of "God' like He is some sort of super-human..but He is something beyond ALL OF OUR UNDERSTANDING. God's  'teaching technique' (revelation) is NOT pretense for it does reveal truth and reality. But it is revealed truth in a way that can be understood. And the understanding takes place in time and history. And it is so simple yet complex...it takes TIME for it to make sense.

The grand story contains another plot development- this is where you and I come in- we show up in the story and find ourselves in a world gone wrong. How did that happen you ask? The Creator created a good world (without Him we wouldn't even really know what 'good' is)- part of life's goodness was pure freedom. The capacity to love and have relationship is maximized in the power of choice. The King gave the subjects unbound freedom- not only the 'possibility of evil' but a 'probability' of evil because of the amazing talents and powers of these creatures.

Previous to the human story- there seems to have already been those who chose the 'NO' option:' I will do it my way'- the true character of the Creator requires consequences for violation of His nature. Notice He does not choose here- this is what He is.

This fateful rebellion also happened in the human realm. SO that all of creation bears the marks of a 'curse'. One result of this curse and rebellion is the emergence of three distinct enemies to the Kingdom of the Creator. The world ( the unified system of rebellion)- the flesh (the default mode of the rebel)- and the devil (a supernatural leader of a powerful army of rebels).

One more item in this story is a 'transferable disease' in the creature- a natural desire to rebel - which results in a separation from the Creator. Indeed, the core of this message is the Creator's actions to restore the divide.

The great character in this story is the Hero- the Creator/King/Father- giving up His begotten (not created) Son- who emptied Himself of His Royal Rule- becoming a creature Himself- living in perfect obedience in the face of enemies- and then paying the punishment of a rebel- fulfilling the shadows of the sacrificial system that has been practiced throughout human history- appeasing the wrath of the Creator by the shedding of blood and offering sacrificial worship.

The Creator accepts this great sacrifice as a substitute for rebellion. His wrath is satisfied in the blood of His Son. This King affirmed His acceptance by raising the son from the dead and bestowing on Him universal honor- salvation is in His name alone.

So there is now a way back to the King. Those who were once rebels may lay down their arms and come home. The creatures have been redeemed by the precious blood of the Son. The once sworn enemies are now not only cleared of their crimes but even adopted into the royal family. These sons are now heirs. The terms of this covenant? A willingness to be ruled and a trust in the Son's sacrifice.

Though many still refuse- they will get better and better at refusing Him- ultimately sealing their eternal state. The Creator Himself overcomes the rebellious spirit of some- allowing many to accept restoration. Their stories are strikingly similar "I once was a rebel determined for death but now I am a royal son and a high priest to my Father the King. What a gracious ruler He is."

Be very careful in this part.... push yourself a little here...."Am I willing to be a little suspicious about my judgements and opinions ?".... you can do this

Though you have been exposed to the narrative, you come to point in your life where you begin to weigh whether this story is real or myth. How on earth can you validate a Creator who is seen only by the accommodating structures He has used? People tell you all kinds of things, but who is trustworthy? How can you know what path to choose? Is it important.

A huge problem is that IF the story is true then you are going to be infected with the attitude of resistance. If that is true...you are trying to judge based with  a pre-wired attitude. One friend whispers 'hogwash'- 'another man says 'trust'- your inner voices are pulled and there is a mighty battle being waged way down deep- so deep that we have to use a metaphor... the heart. Yes-I'm telling you that you should also regard yourself with a healthy suspicion.

This battle takes place over time- it is a fight for years- there is weariness and doubt and inconsistencies all around.

But once again you come to a quiet moment and ask the most dangerous question a man can ask- "What if I am wrong?"- "IF the story is true then I am deceived and cannot judge the validity of the message in a neutral way- I am biased- I don't evaluate evidence- I twist it- I rationalize it- What am I to do?"

Soon, though, the thoughts slip away and you notice something- you are stronger now in your doubts. You meet others who are stronger still. It is not long before you meet some who reject the story as myth and even mock the claims.

You see that there are staged debates where each side offers up their arguments and evidence- but no one is ever swayed. The loyalists celebrate their 'slam dunk win' and the 'rebels roll their eyes at the foolish faith of the 'believers".

Then you met me, and you somehow venture into this battle that now only feels like a routine of ideas in your 'heart'. It doesn't take long to see that I am a 'believer'. After a series of meaningless points and counter points, you ask me the deadly question: "Aren't you just biased and hiding behind your 'faith'."

My response feels like a win for you at first, but also pushed your first angry button.

This frustrates you: "I am not a person of faith- I have facts and science."

I respond again: "You are confident in your evidence. I am confident in my evidence. But do we really have proof as we discuss evidence? If we stop here, we both are left with probabilities."

Something strange begins to happen- you are opening yourself up just a little. You feel weak on the inside but would never show it on the outside. It is a quiet thought- He's right- we are both biased and I am putting some faith in my logical arguments and evidences.

Then the most dramatic question you have ever pondered comes screaming into your soul.

I say, 'Let's try something different- You know, we have spent all of this time arguing the King's narrative of why the things are the way they are and why we are here.

'Tell me this- Let's remove the Creator completely out of the picture. Tell me your grand story. How did all of this get to be. How do we even have grounds to share our story. Where do the rules of logical analysis come from to evaluate the story? Where does the will to reject the story come from? Why does it even matter? Remember- no miracle allowed."

You know that there has to be a big bang in there somewhere- but other than that - you realize that you have a lot of fantastical statements you are about to make. And deep down you know that not even you will buy it.

You look at me and even have a sense of anger. You think I am an arrogant, foolish, prude. If I say I care for you- you won't believe it. And if you watch me long enough you will see my inconsistencies. But you also see that I really believe the message of grace.

Once more you consider the narrative- What if I am in rebellion to the living Creator/King? And you want to fight the cynic in you that says 'it just sounds too easy to be true."

I continue to pray for you. I know you can't win this battle- I am asking the real Father- the Creator- The King to shine His love deep down and open your eyes to His glorious love and truth. "Father- please do for him right now what you have done for me. I don't deserve your grace- please welcome this lost son home."

You attack again with questions:

And a little tear forms in your eye- you want to come home- it is too weary a fight and without hope. You want the despair and fear to leave. You want an embrace. It is no longer about an argument of ideas.....